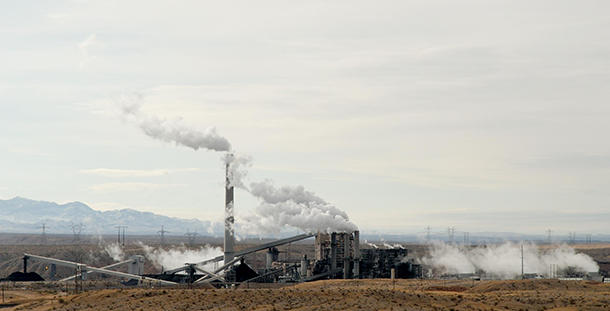 Peter Dykstra shares some good news this week with host Steve Curwood. There are large reductions in air pollution costs and less toxins in fish. They also look back at Donald Trump’s battle against Scottish wind power.

CURWOOD: Time to check out what Peter Dykstra has unearthed beyond the headlines now. Peter’s with Environmental Health News – that’s EHN.org and the DailyClimate.org, and is on the line from Conyers, Georgia. Hi, Peter, what have you got?

DYKSTRA: Well, Steve, you know what, I have some good news. There’s a paper from Carnegie-Mellon University that says that in the year 2011 alone, air pollution related to US energy production cost at least $131 billion dollars in health and environmental impacts.

DYKSTRA: Yeah, it’s good news because that same report placed the costs much higher – at $175 billion – back in 2002. All of this of course is an educated guess, but the researchers tried to tally up the real costs of oil refineries, coal mining, electric generation and oil and gas extraction.

CURWOOD: But I’d think that the growth of domestic oil and gas production from fracking would have driven these numbers up instead of down by 2011?

DYKSTRA: Well bear in mind there were other factors like the economic downturn in 2008, the move away from coal, and there may have been many other things that helped to negate that.

CURWOOD: Hmm…Well, what do you have next for us?

CURWOOD: By all means, please.

DYKSTRA: There’s a study from the Scripps Oceanographic Institute that says levels of potential carcinogens like mercury, DDT, and PCBs are at their lowest levels in 40 years in ocean fish. 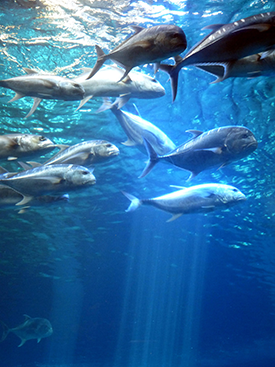 CURWOOD: Whoa, how did that happen?

DYKSTRA: The Scripps researchers pointed out what might be obvious: stronger laws, public pressure, and better corporate conduct – whether that was voluntary or otherwise – they’ve all helped to bring about some positive news.

CURWOOD: But is all this fishy news all positive?

DYKSTRA: That’s a good one, Steve, all positive news in an environmental show. The Scripps researchers warn that many wild fish are still unsafe for human consumption – that’s no surprise. But they also said that smaller fish, often presumed to be safer than the fish at the top of the food chain, may in some cases be no safer at all.

CURWOOD: Hmmm, well, hey what do you have from the History vaults this week?

DYKSTRA: Well, were into the political season big time now, and four years ago this week, Donald Trump faced off with Scotland and their battle over a wind farm hit a fever pitch. Trump was livid over a proposal for 11 wind turbines to be built offshore from his billion-dollar golf resort near Aberdeen.
He said Scotland’s First Minister (that’s sort of the CEO of Scotland), Alex Salmond “Would be remembered for centuries as the man who destroyed Scotland.” 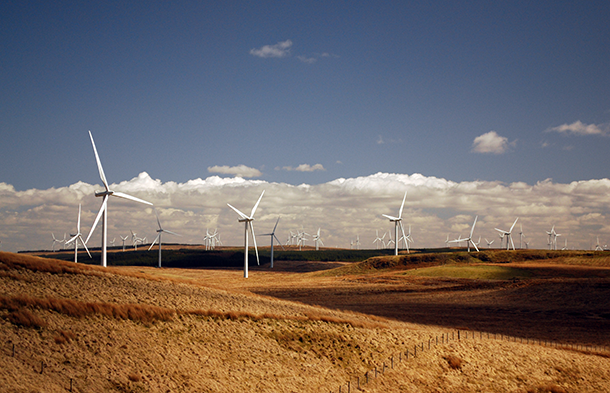 CURWOOD: Rather like those various English kings and generals, huh?

DYKSTRA: Correct, and Trump might have fancied himself as Braveheart, defending Scotland by tilting at the threat of the windmills. Anyway, Trump waged a no-holds-barred court battle against the menace of wind power, which he saw as an environmental scourge that would taint the beauty of the golf course he had been plowing into the Scottish countryside. With two final court defeats last year, the Trump battle against Scotland is over, and Scotland won.

CURWOOD: And by the way, where do things stand now with the golf course and the wind farm?

DYKSTRA: I’m sure many of our listeners will be pleased to know that the golf course is open, and greens fees are about $220 for 18 holes – discounts are available if you’re a loser. And yes, he named the gold course after himself, it’s the Trump International Golf Links. As for the wind farm, it’s still several years off.

CURWOOD: And everyone has moved on?

DYKSTRA: Not before Alex Salmond tore a page from the Trump playbook and called The Donald a “three time loser” for his string of legal defeats. Trump responded by calling the now-Former First Minister a “has-been”, which is technically correct because he has-been out of office for almost two years. And when the UK Parliament threatened to ban Trump over his anti-Islamic comments, Trump threatened to pull out of the golf project entirely.

CURWOOD: You know, I always thought that someone was always supposed to take the high road in Scotland.

DYKSTRA: Everybody is taking the low road on this one.

DYKSTRA: Alright, Steve. Thanks a lot, we’ll talk to you soon.