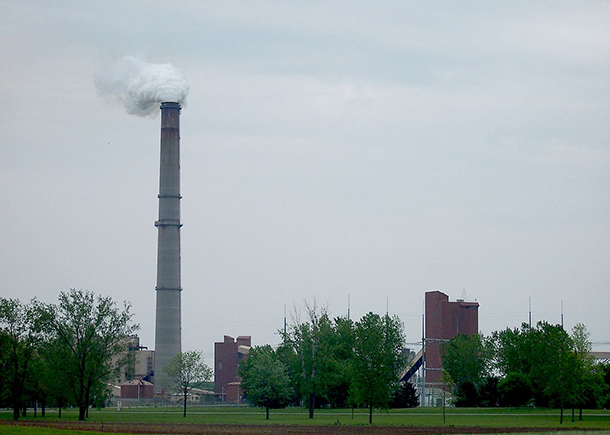 The Supreme Court has issued a stay on implementation of the Obama Administration’s Clean Power Plan. This could delay mandatory emissions cuts from the electric power sector. But other legal options that were strengthened by the Paris Climate Agreement might be better suited for tackling climate change domestically and internationally. Vermont Law School Professor Pat Parenteau and host Steve Curwood discuss the stay and its affect on the President’s strategy for tackling climate change.

CURWOOD: From the Jennifer and Ted Stanley studios at the University of Massachusetts Boston and PRI, this is Living on Earth. I’m Steve Curwood. By a five-to-four decision, the US Supreme Court has temporarily put a hold on the implementation of the Obama Administration’s Clean Power Plan. More than two dozen states plus some utilities and coal producers had asked the high court to freeze the operation of the rule. The court’s action is seen as a setback for a key part of the Obama Administration’s climate action plans. This decision likely means the next president will decide how to implement the Clean Power plan if it does eventually survive the appeals. To unweave this complicated legal web, we turn to Vermont Law School Professor Pat Parenteau. Welcome to the program, Pat.

CURWOOD: So, first of all, what exactly has the Supreme Court done in issuing a stay here?

PARENTEAU: Well they put a hold on the Clean Power Plan pending a decision first by the DC Circuit Court of Appeals which has the case in front of it right now, then depending on what happens after the DC circuit issues its ruling, the stay of the rule could remain in effect until the Supreme Court has made a final decision in the case. This assumes that they ultimately will agree to review it, which seems like a reasonable assumption at this point.

CURWOOD: So what was the basis of issuing this stay pending appeal?

PARENTEAU: Well, it was a one-page order agreed to by five of the justices of the Supreme Court with four dissenters, Justice Breyer, Justice Kagan, Justice Ginsburg and Justice Sotomayor, but the order itself contains no analysis, no explanation for why the five members of the court felt like a stay was necessary, and usually in these kinds of cases you have to show extreme harm and prejudice that's happening immediately for a court to issue a stay. That really isn't the case here. The Clean Power Plan is going to take many years for it to be implemented. In fact, the very first compliance deadlines under the Clean Power Plan don't kick in until 2022, so this is very unusual what the court has done here.

CURWOOD: Now, but would some of the states that have objected to this say, look, it may be a while before we have to implement this, but power plants take a long time to construct and deconstruct. We don't want people putting tremendous amounts of money into making this change if for some reason it's going to get knocked out down the road. 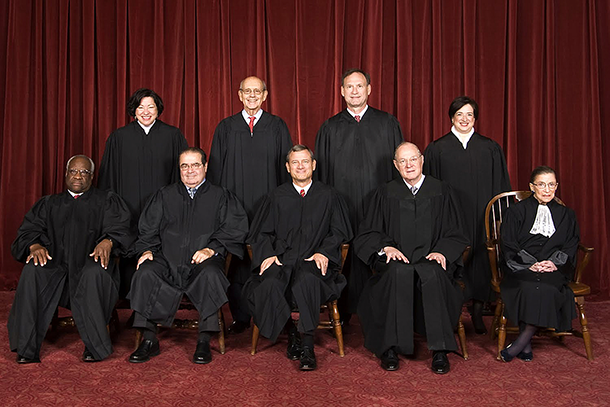 PARENTEAU: Yes, that is the argument and, that probably did influence the justices to agree to the stay, but, of course, the response is that a lot of the planning that is currently underway is the kind of planning that states are already engaged in and in fact almost all of the states even the ones that are challenging the plan are proceeding quite diligently with these plans given the changes in the energy market that are occurring, given the fact that coal plants are closing down due to market forces even more so than environmental regulation, due to the fact that renewable energy sources are the fastest-growing sources not only in United States but around the world, so the kind of planning that the Clean Power Plan is requiring is the kind of planning that should be done anyway.

CURWOOD: Talk to me a little bit about the court action here. There were five votes in favor of this temporary hold. That would include Anthony Kennedy who voted in favor of finding that the EPA should regulate carbon dioxide as a dangerous pollutant way back when.

PARENTEAU: At this stage of the preceding, the stay is really supposed to be mainly focused on why is it necessary to call a halt to everything right now instead of letting the lower court hear these arguments which are scheduled to be heard in June. It's not like we have a long time to wait, so it's very unusual that even Justice Kennedy would agree to put a hold to everything, but it certainly is a troubling sign and it obviously...these five members of the court have serious questions about EPA's rule perhaps when they hear all of the facts and look at the record and listen to the arguments they can be persuaded that what EPA is doing is reasonable, but right now I think that the betting is that there is some serious obstacles ahead for EPA.

PARENTEAU: Well this is the first time EPA has used this particular authority in the Clean Air Act to address energy planning across the country, and a lot of people see it as an overreach by EPA into areas that are traditionally handled by the states, that is, planning for electricity generation. EPA's response is, “We're using a traditional approach where we set goals and we leave it to the states to decide best how to reach them.”It's not all that different than we've done with other pollutants. If you think about lead or gasoline or mercury emissions, the difference of course is we're doing it on a much larger scale because the scale of the climate change problem is so great. 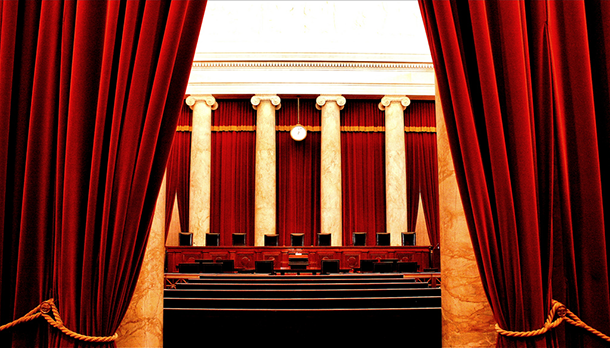 Pat Parenteau says the Supreme Court’s decision to impose a stay on the Clean Power Plan, without offering an explanation, is highly unusual. (Photo: Phil Roeder, Flickr CC BY 2.0)

CURWOOD: So this is a presidential election year. To what extent do you think the high courts issuance of this stay of this whole on the clean power plan is related to our electoral politics?

PARENTEAU: Well, certainly the presidential candidates on the Republican side of the aisle have all expressed opposition to the Clean Power Plan. You often hear some of the same talking points about how EPA has exceeded its authority and is violating the Clean Air Act and even running afoul of the Constitution. So the stay order, even though it doesn't contain any analysis that actually supports those allegations, the mere fact that the Supreme Court has done this will certainly be a talking point, I think, in the elections on both sides.

CURWOOD: Now, the Clean Power Plan was cited by the Obama Administration in the negotiations at the Paris climate summit. So what are the implications of this stay for the Paris agreement do you think?

PARENTEAU: I don't think it immediately impacts the commitments that have been made in the Paris agreement. Most of those commitments have to do with reporting greenhouse gas goals and monitoring those goals to see how they're being achieved. The Paris agreement reinforces the President's approach to using existing domestic authority.

CURWOOD: Now, we've recently talked to some folks that say that there are other clauses in the Clean Air Act, particularly something called Section 115 that would give justification for US administration to implement an economy wide program of reducing greenhouse gas, something even more comprehensive than the Clean Power Plan. Your views?

PARENTEAU: Yes, Section 115 has two requirements. One is a finding that emissions in the United States are causing endangerment and damage in other countries. That's not hard to show given the science of climate change. The second finding that triggers section 115 is this reciprocity provision which basically says the United States shouldn't be committing to doing things that other nations aren't prepared to similarly commit to and that's where the Paris agreement I think becomes absolutely central. We now have for the first time 196 nations of the world committing to doing at least something. The agreement gives EPA and gives United States the opportunity to say,“We're getting reciprocal commitments from these other nations to reduce their emissions.”And you're right, 115 might be a better approach to the problem.

CURWOOD: The morning after the Supreme Court order issuing a stay of the Clean Power Plan, a good day for folks who are in favor of climate action or a bad day?

PARENTEAU: It's a bad day. At a minimum, it's going to send a confusing signal to the states that are working on these plans, to the utilities that are working on the plans. So for those states that are still somewhat on the fence of course there are number this is a signal that basically says you can slow down, you don't have to keep working hard on developing your plans. That's not a good thing, that's delaying progress. We have a short window of time to reduce these emissions before we reach some really dangerous tipping points. On the other hand, as Yogi Bear likes to say, "It ain't over till it's over," and we still have an opportunity to argue in the DC circuit that the plan is reasonable and take that argument to the Supreme Court and hopefully with time and more study we can convince some of the members of the court that are currently skeptical about this plan that what EPA's doing is legal, lawful and necessary.

CURWOOD: Pat Parenteau is a law professor from Vermont Law School. Thanks so much Pat, for taking time with us today.

More about Section 115 of the Clean Air Act