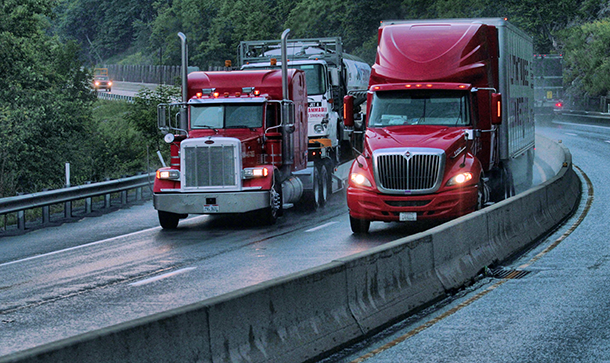 President Obama recently called for a $10 per barrel fee for oil as part of his latest budget proposal. Such a tax is unlikely to make i make it through the current Republican-led Congress, but Oil Change International's Steve Kretzmann tells host Steve Curwood that it as well a Democratic bill to end the leasing of public lands for fossil fuel extraction sends a powerful message about the need to decarbonize economy.

CURWOOD: From the Jennifer and Ted Stanley studios at the University of Massachusetts Boston and PRI, this is Living on Earth. I’m Steve Curwood. President Obama is now looking for a $10 fee on every barrel of oil. The fee would tack about 20 cents on every gallon of gasoline and pump about $32 billion a year into the federal treasury. The President wants that money to finance “21st century clean transportation,” as part of his $4.1 trillion budget plan. Election year politics mean his budget proposal and its oil fee probably won’t get very far in the Republican-led Congress. Capitol Hill Democrats are also calling for a measure that would halt more fossil fuel development in federal territory, and set in stone the President’s recent executive order blocking new coal leases on public lands. Joining us from Washington to discuss these proposals is Steve Kretzmann, Executive Director and Founder of Oil Change International.

KRETZMANN: Well, so the idea is that they would impose a $10-a-barrel tax on oil production and apparently on oil consumption, exempting that oil that is produced for export, but it would generate quite a bit of money over time. I think they’re talking in excess of $300 billion on an annual basis.

CURWOOD: Alright, so let me make sure I understand this, Steve. It's $10 a barrel fee on production so when it comes out of ground, a fee gets levied, and then there'll be another $10 a barrel fee based on what consumers take? I just need to be clear on this.

KRETZMANN: Yeah, to be quite honest the administration hasn't been clear about this. They have said exactly that, that it's on production and consumption, but they haven't been clear about the mechanics about how that would work. You know, I think the reality of this proposal is, it's kind of a messaging proposal in a way to start a conversation with the nation about what our energy future should be about, right? This thing is dead on arrival in Congress, as we heard from I don't know how many Congressional leaders the moment that it was released, but the point the administration is making here is an important one which is that our continuing addiction to oil costs us all a lot of money. 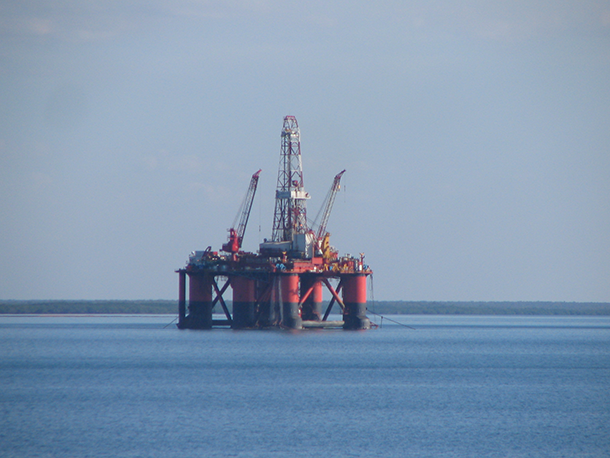 Obama’s proposed tax would only impact production and consumption of oil, not natural gas or coal. (Photo: Ken Hodge, Flickr CC BY 2.0)

The International Monetary Fund recently did a study where they looked at how much fossil fuel addiction is costing us on an annual basis and they put that number at - get ready for this - $5.3 trillion every year. And what they're doing there is they're adding up the subsidies that governments directly provide as well as the costs from climate change and local pollution and all those sorts of things, so that's a huge number. In the US if you break down the IMF numbers, the cost is about $400 billion annually for oil alone and so that actually squares pretty well with the administration's proposal. And so it's clear to me that they're trying to start a conversation about how do we deal with these costs moving forward.

CURWOOD: So what you're saying is this $32 billion is against how much in terms of subsidies that the federal government is giving to the oil business right now?

KRETZMANN: About $17 billion in direct subsidies that the government is giving the oil industry. That’s our tax dollars that are being used to support the industry on an annual basis.

CURWOOD: So the overall increase actually would be half that.

KRETZMANN: Right. It would be about half that, but what that's beginning to do is add in the costs of adapting to climate change, the costs of pollution to communities, the costs to all of our health that fossil fuels are continuing to impose. I think it's a completely reasonable number when you look at that.

CURWOOD: Steve, what would be the potential consequences of taxing oil while not taxing other carbon polluting resources? I'm thinking of coal and natural gas.

CURWOOD: So how hopeful are you that this could be the start of a real bipartisan conversation on building a transportation future, the White House putting down a marker, let's put a fee on a barrel of oil. 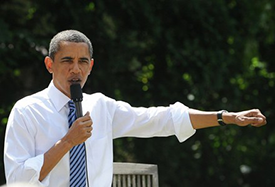 President Obama’s recent budget proposal calls for a $10 “fee” on every barrel of oil. This would be used to fund “clean transportation” initiatives. (Photo: ProgressOhio, Flickr CC BY 2.0)

KRETZMANN: I'm hopeful that more and more people in Washington are talking about it. I'm not hopeful that this budget cycle in the next year is going to be something that moves more money into clean transportation at this point, but you know to the extent that it helps to frame conversations in the election this year, to the extent that it helps to point the direction for where we need to go in the future and hopefully lays down, you know, it's standing at home plate and pointing to the fences and saying we're going there, right? Ten to 15 years from now we'll look back and we'll say, “that was a really important thing because that showed us the vision for how we want to make our energy system in the future.”

CURWOOD: So just recently I believe more than a dozen - perhaps as many as 17 - members of the House have introduced what the called the Keep it in the Ground Act. Talk to me about that briefly and where you think it's going?

KRETZMANN: This is a really important piece of legislation because climate policy for very long time has been all about how we reduce demand and how we reduce consumption and how we bring it into line with the climate imperatives. Now we're seeing an increasing number of people look at the supply side. When we know from the carbon math, from the best climate science that we have, that we already have 80 percent more fossil fuel reserves than we can burn and in a climate safe world, we know that the idea that taking more out of the ground, that finding more through new exploration is completely inconsistent with climate science and is in fact climate denial. We're just not going to be able to go on producing this oil and gas, because once you do open up new areas it becomes very challenging to shut them down. Because the way the oil industry works is to spend a lot of money up front to try to open up a new area, and then they pay back their investment over time. So if we continue to facilitate them opening up new areas we are unlocking more carbon moving forward.

CURWOOD: And this bill would prevent the United States government leasing any more land or undersea territory for the extension of fossil fuels.

CURWOOD: Not much chance of getting it through this Congress I would say.

KRETZMANN: Not much, but again it's a marker bill. 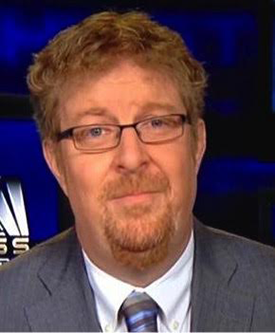 CURWOOD: Well, interesting enough, the president has already put out a temporary hold on coal leases to begin from public lands. This is getting some traction I would say.

KRETZMANN: Absolutely, it's getting some traction, because I think it's very clear from the climate movement's perspective that this is something that has to happen moving forward, right, the fact that we have all those democratic presidential candidates endorsing this point of view, the fact that we have actual bills in Congress that would support this and move this. It's not going to happen in this Congress as we talked about before, but it's likely to happen soon and the writing is very much on the wall for the industry.

CURWOOD: Steve Kretzmann is the Executive Director and founder of Oil Change International. Thanks for taking the time today, Steve.