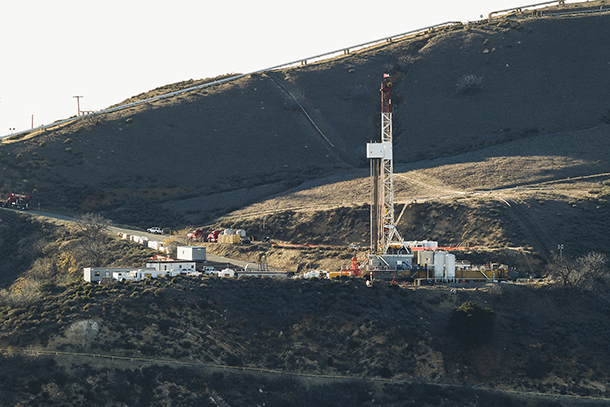 CURWOOD: Time to go beyond the headlines now. Peter Dykstra of the DailyClimate.org and Environmental Health News, EHN.org has been checking it all out and joins us from Conyers, Georgia. What’s noteworthy today, Peter?

DYKSTRA: Hi, Steve. The Aliso Canyon natural gas storage facility in Southern California has been much in the news due to that massive methane leak that spewed from October until early February when it was temporarily plugged. As the methane clears and residents head back to the Porter Ranch community, there’s more news.

DYKSTRA: Well, reporters from the Los Angeles News Group, that’s a chain of dailies in Southern California and inewsource, which is a journalism nonprofit, analyzed EPA data from 2014 — that’s the year before the leak — and Aliso Canyon was emitting enough CO2 and methane to equal a year’s worth of output from 43,000 cars.

CURWOOD: So we’re talking about CO2 as well as methane here?

DYKSTRA: Yeah, the methane mostly comes from leaks from the facility; the carbon dioxide is emitted from the machinery used to pump the natural gas underground in the first place. There are only two other US natural gas storage facilities that leaked more greenhouse gas in 2014: one in Texas and one in Mississippi.

CURWOOD: And, as I understand it, there are some 400 underground gas storage facilities in the US. Hey, what else do you have for us today?

DYKSTRA: Well, last month we talked about citizen opposition to the growing North Carolina solar industry. The residents’ concerns, among other things, were that a new solar farm might suck up all the sunlight from a nearby town. 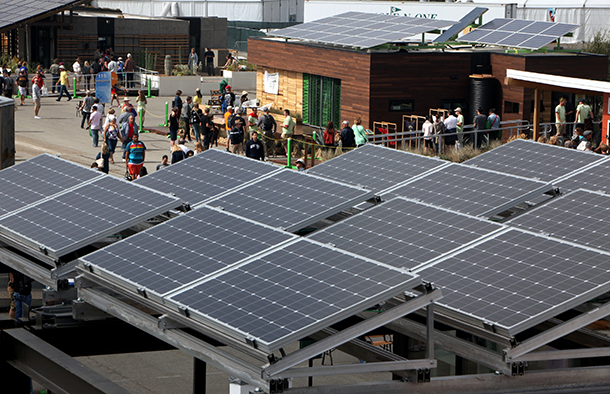 CURWOOD: Wow, when the martians land, I guess, huh?

DYKSTRA: Right so we’re going to go back to North Carolina, but this time, it’s the state legislature who a few years ago famously outlawed the use of sea level rise data in coastal planning.

CURWOOD: So what are they doing this time?

DYKSTRA: Well here you go, let me set the scenario. North Carolina has four commercial nuclear reactors that store their nuclear waste on-site, 42 sites on the Superfund toxic clean-up list, 50 coal ash ponds and roughly 3,800 industrial hogwaste storage lagoons, so the legislature and the state Environment Agency have decided to focus on the menace of solar panels. The rapid growth of the solar industry in North Carolina has them concerned about disposing of the panels in the future.

CURWOOD: The menace of solar panels — how menacing are they?

DYKSTRA: Well, you know, there are some legitimate concerns that without thorough recycling processes, solar panel disposal might be an issue, but probably not for 25 years, which is the typical lifespan of a panel. There aren’t enough panels now reaching retirement age to create an economically viable recycling industry just yet but photovoltaic panels typically contain some metals, potential pollutants but they are also potential recycling bonanzas. The state environment commissioner also expressed concerns that a hurricane or a tornado could make a mess of a big solar farm.

CURWOOD: Hmm, I seem to recall that already happened with some of those big hogwaste lagoons?

DYKSTRA: Yeah, more than once and speaking of North Carolina hogwaste, I’ve got a little hog history for you.

CURWOOD: Do I have to hold my nose?

DYKSTRA: Only if you’re downwind. I’m talking about Boss Hog.

CURWOOD: You’re talking about that county commissioner from the Dukes of Hazzard show?

DYKSTRA: No, we’re still in North Carolina. That show was shot right here in Conyers, Georgia and thereabouts. Boss Hog was also the name of a great environmental reporting project by the Raleigh News and Observer, that launched 21 years ago this week. The series covered the political clout of the hog industry in North Carolina, the risks to waterways and groundwater from those thousands of hogwaste lagoons, and the human costs in health and the smell. 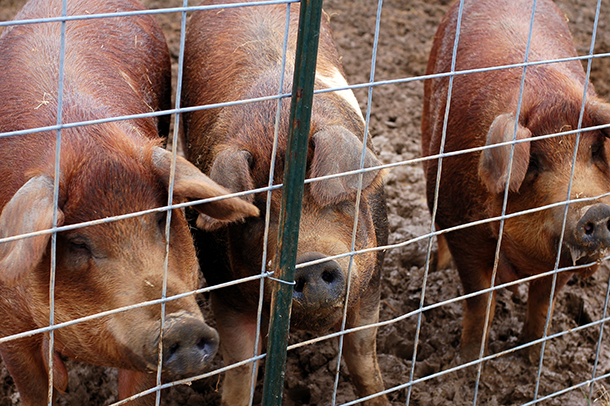 In February of 1995, the Raleigh News And Observer published a series of investigative stories about the hog Industry in North Carolina and how waste storage posed many sanitary hazards. (Photo: Dana McMahan, Flickr CC BY-NC 2.0)

CURWOOD: And what’s changed in the last 21 years?

DYKSTRA: Well the Boss Hog series helped call attention to the problem, but the industry has grown and there’s been little change in the way the waste is handled. 7 million hogs in 1995, there are 10 million today in North Carolina — that’s more hogs than people. The average size of a hog has grown a bit too. The hog industry in North Carolina employs thousands — it’s economically crucial to the eastern half of the state, so many people literally hold their noses and get to work. The Boss Hog series won a Pulitzer Prize for reporters Pat Stith, Melanie Sill, and Joby Warrick.

CURWOOD: At least they brought some bacon home to the Raleigh News and Observer.

CURWOOD: Peter Dykstra is with Environmental Health News that’s EHN.org and the dailyclimate.org — thanks Peter! We’ll talk to you again soon.

DYKSTRA: Alright, Steve thanks a lot, talk to you again soon.

CURWOOD: There's more on these stories at our website, LOE.org. We’d also like clarify our story last week about Hampshire College going 100 percent solar. The College contacted us to say they thought we had misrepresented their environmental initiatives by not mentioning their new campus center, which they say is constructed to the greenest building standards in the world. Also, they say using 100 percent solar energy to power the school will save $340,000 a year.

Some Environmental Costs Of Solar Panels