In this week’s trip beyond the headlines, Peter Dykstra tells host Steve Curwood about unexpected health effects linked to breathing Beijing’s dirty air and how exposure to a toxin in the sea ruined this year’s Dungeness crab season. It also poisoned California’s seabirds years ago, inspiring a famous Alfred Hitchcock film. Traveling back in environmental politics, they consider how ignorance related to environmental contamination of food contributed to the Salem witchhunt.

CURWOOD: It's Living on Earth. I'm Steve Curwood. Let’s take our regular stroll now beyond the headlines with Peter Dykstra of Environmental Health News, EHN.org, and DailyClimate.org. He’s on the line from Conyers, Georgia. What’s up today, Peter?

CURWOOD: We’ve heard a lot about Beijing’s bad air, but this is a new one.

DYKSTRA: Yeah, the study was published in the current issue of the Journal of the Federation of American Societies for Experimental Biology – there’s a title that could stand to lose a little weight. It compared rats breathing clean air to rats breathing Beijing quality air, and in only 19 days, the dirty-air rats were 15% heavier, with enlarged lungs and livers, higher cholesterol and triglycerides, and their insulin resistance level was higher – that’s a precursor to rat diabetes.

CURWOOD: What did they say about diet?

DYKSTRA: Well, the researchers acknowledge that diet and exercise are still the main drivers of weight gain, but you know, you can change your eating habits, but not your breathing habits.

DYKSTRA: I’ve got a story from PRI member station, KQED, in the San Francisco bay area. This year’s Dungeness crab season was ruined by high levels of domoic acid in the crabs. 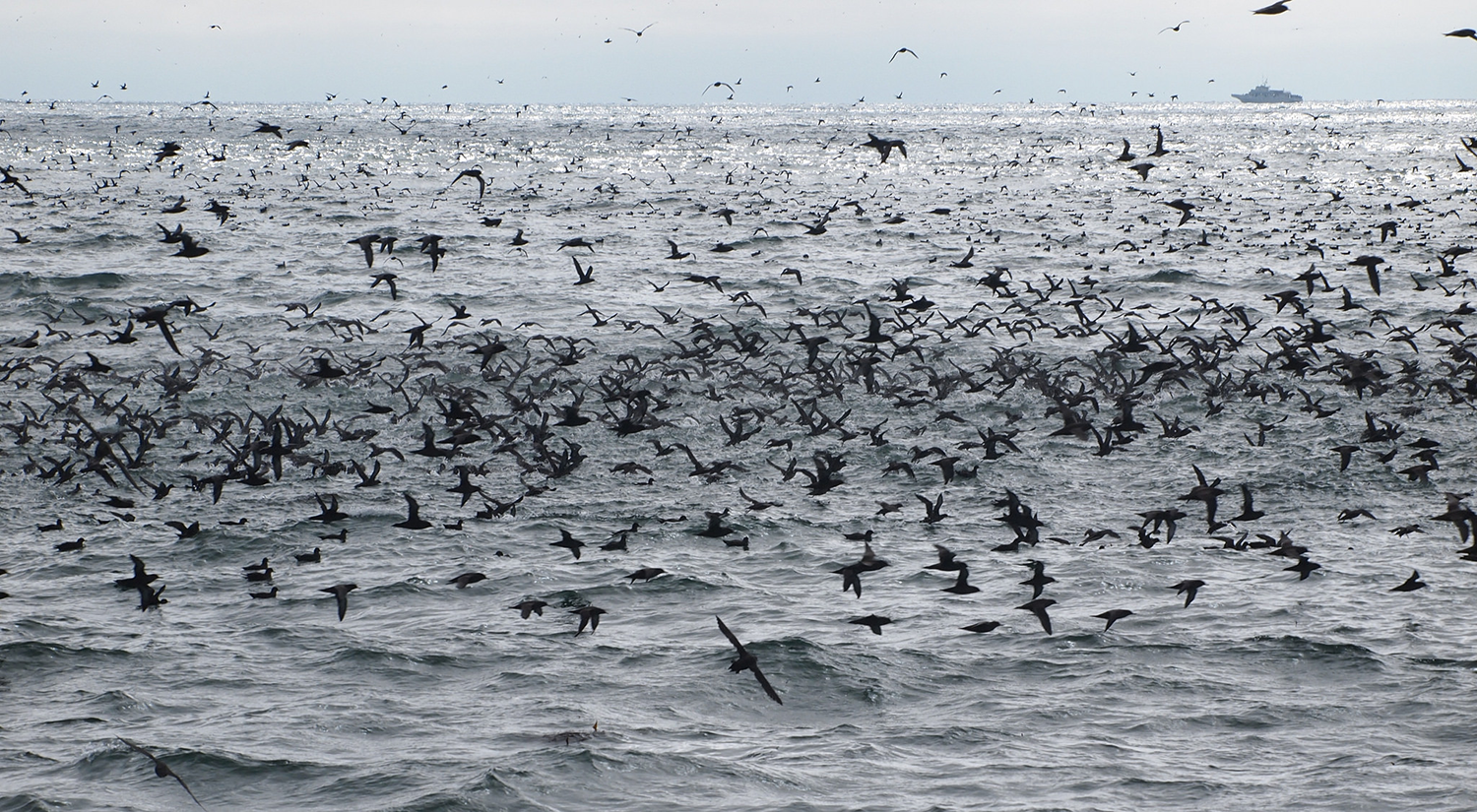 DYKSTRA: Well, it’s a neurotoxin that’s produced by plankton and it can work its way up the food chain, as it did back in a case in 1961. There were hundreds of seabirds called Sooty Shearwaters, that after gorging on toxin-filled anchovies, dive-bombed the small coastal town of Capitola, California in the middle of the night, ramming into windows cars & buildings. And the next morning, they were shoveling birds off the street.

DYKSTRA: Well, you know, Alfred Hitchcock owned a home nearby, and he took an interest in all of this. He combined the Capitola story with a short story by Daphne du Maurier, and The Birds was a scary box office smash two years later.

CURWOOD: The original “Angry Birds” one could say. Hey, what do you have for us from the history vaults this week?

DYKSTRA: Well, here’s a tribute to some of the paranoia, denial, and scapegoating that sometimes pervades environmental politics: the original American witch hunt.

DYKSTRA: Yeah, Salem, Mass., February 29, 1692. I always wanted to do a calendar item from February 29. There was a warrant issued for Sarah Osborne on the charge of being a witch. Sarah was a property-owning widow who married her servant, so she was already kind of the Town Hussy. And in early 1692, several children fell ill, and a learned doctor said the cause was “bewitchment”, and the search was on for witches in Salem.

CURWOOD: I didn’t know that was a diagnosis. You know, there’s a theory that the illnesses may have been the result of some contaminated grain, perhaps the ergot fungus, which can make people crazy sometimes. 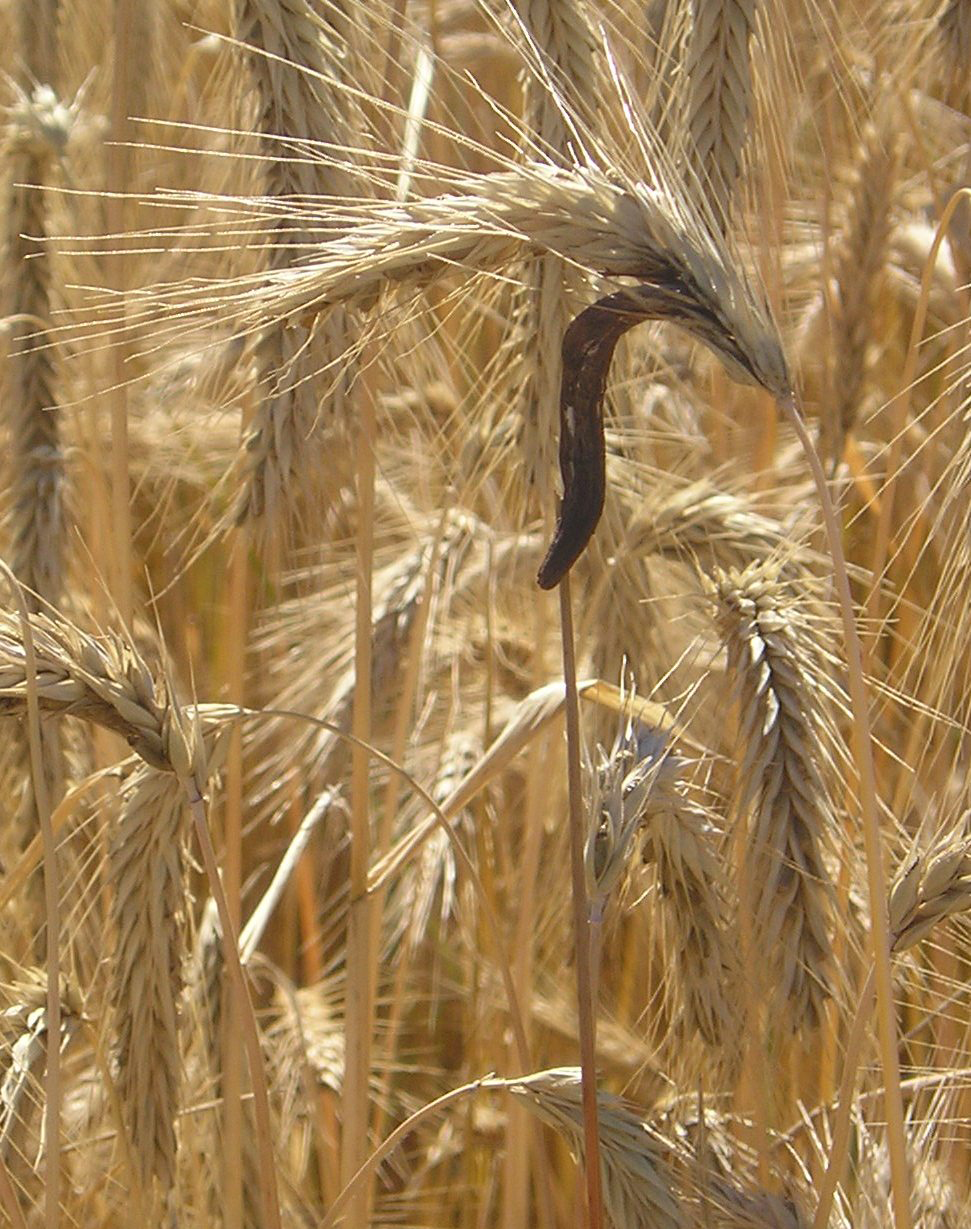 Ergot poisoning is due to the ingestion of the alkaloids produced by the Claviceps purpurea fungus. Seen here growing on barley, this fungus infects rye and other cereals, and can cause neurological effects like those reported in the Salem witch trials. (Photo: Dominique Jacquin, public domain)

DYKSTRA: Yeah, perhaps, but that would have been a tough sell back in 1692. You know, Sarah was in a property dispute with a neighboring family, who accused her of viciously pinching their children and poking them with a knitting needle—sounds more like Moe, Larry and Curley than witchcraft — so she was brought before a hearing the next day, March 1, where she denied the charges and absolutely nobody believed her.

CURWOOD: And in Salem, Massachusetts, she was not the only one being accused of being a witch.

DYKSTRA: Yeah, well, she never actually made it to trial, having died in harsh prison conditions a couple of months later. Eighteen others were convicted and hanged, and one very unlucky convicted man was crushed to death by heavy boulders. Then some higher powers in the Massachusetts colony came in and pardoned about 140 more accused witches.

CURWOOD: Well, at least today our witch hunts are a bit less messy.

DYKSTRA: But we still have them.

DYKSTRA: Thanks a lot, Steve. We’ll talk to you soon.


Study: Chronic exposure to air pollution particles increases the risk of obesity and metabolic syndrome: findings from a natural experiment in Beijing

More on domoic acid and its toxicity

Link between the ergot fungus and the Salem witch trials