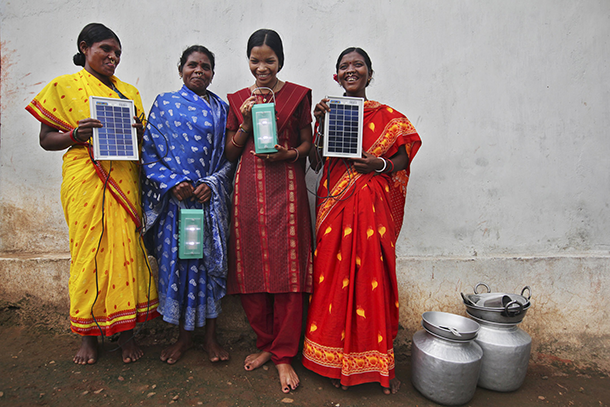 In response to a US complaint the World Trade Organization has found that some provisions in India’s National Solar Mission violate international trade rules. Friends of the Earth’s Sam Cossar-Gilbert tells host Steve Curwood how the ruling could undermine India’s pledges to cut global warming emissions under the Paris Climate Agreement and calls into question the extent of the US commitment to help developing nations fight climate change.

CURWOOD: From the Jennifer and Ted Stanley studios at the University of Massachusetts Boston and PRI, this is Living on Earth. I’m Steve Curwood. The World Trade Organization has ruled that India may not protect local production of solar energy cells. The ruling came in response to a complaint from the United States, saying that India’s requirement that ten percent of its solar panels be produced domestically amounts to restraint of trade. The WTO case raises serious doubts about the Obama Administration’s commitment under the Paris Climate Agreement to help developing countries use climate-safe energy to stimulate local jobs and economic development. It also appears to contradict promises made by the President in January of 2015 in New Delhi when he visited Indian Prime Minister Narendra Modi.

OBAMA: We will continue to pursue export reforms so that we can advance more high-tech collaborations with India. I’m also pleased that we agreed to a number of important steps to promote clean energy and to confront climate change.  We very much support India’s ambitious goal for solar energy, and stand ready to speed this expansion with additional financing.

CURWOOD: India plans to install 100 gigawatts of solar power in the next six years, as part of its commitment to the Paris Climate Summit where Prime Minister Modi launched what’s called the International Solar Alliance.

MODI: The vast majority of humanity is blessed with generous sunlight round the year. Yet many are also without any source of power.

CURWOOD: The alliance would mobilize a trillion dollars by 2030 to harness the sun’s power for the developing world and help build new clean energy economies.

MODI: This is an alliance that brings together developed and developing countries, governments and industries, laboratories and institutions, in a common enterprise.

CURWOOD: But now this ruling against India by the World Trade Organization casts a shadow over the country’s hopes for a homegrown solar economy. India has not said whether it will appeal the ruling. To understand what’s going on here we called up Sam Cossar-Gilbert of Friends of the Earth. Welcome to Living on Earth, Sam.

COSSAR-GILBERT: Thanks for having me.

CURWOOD: Why in your view is United States objecting to India's national solar mission and taking it to the World Trade Organization and getting it validated?

COSSAR-GILBERT: So the United States has brought the case in the WTO against India’s solar program because the solar program, a very small part of the solar program contains what's known as a domestic content clause which says that, again, a small number of the solar panels, the millions of solar panels that will be brought into India over the next two years need to be made in India because the Indian government sees clean energy jobs as an important part of their development transition, and the US and the WTO has a problem with the domestic content clause and says that it violates trade laws. It's quite ironic because the United States also, a number of states within the US use a similar buy-local clause in their solar programs because we know that clean energy jobs are an important part of the transition.

CURWOOD: Sam, on what grounds do the WTO reject India's argument defending its domestic content restrictions?

COSSAR-GILBERT: So, India also made...they tried to use the defense that it was part of India's obligation to the UNFCCC and other UN sustainable initiatives. The domestic content was part of a broader sustainability initiative and the WTO still found that it was discriminatory. 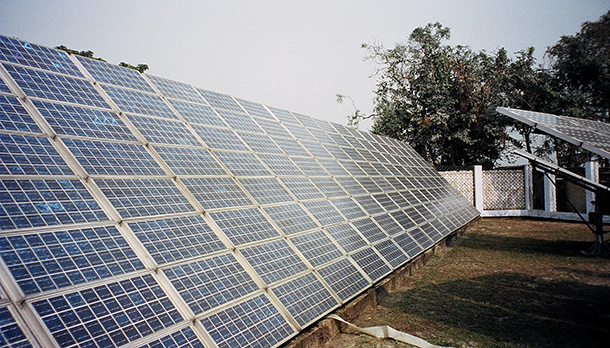 A solar charging station in the Narsindi district of India. Currently, much of India relies on coal for power. (Photo: Hiroo Yamagata, Flickr CC BY-SA 2.0)

COSSAR-GILBERT: So, I think the ink is barely dry on the Paris climate accord and yet we're seeing in this action that trade trumps climate. A number of developing countries see local green jobs as a key way to stimulate the economy and this ruling really goes against it, and we’re also worried that agreements like the TPP, which is a much more comprehensive trade agreement that the US and 12 other countries in the Pacific are involved in, goes a lot further and will really stop some of the technology transfer occurring in the same way the disagreement with the WTO ruling is undermining India's solar program.

CURWOOD: For the record, the TransPacific Partnership (TPP) is the massive new trade bill that's pending on Capitol Hill here in United States. We contacted the United States trade representative to ask what the US government's view was on this and the US says it brought this action because the US can export cheaper solar cells than can be made in India and therefore that raises the cost of generating clean energy in India. Your response?

COSSAR-GILBERT: That governments should be free to use commonsense climate policy in the way that they see fit. If India or other developing countries cannot enact policy to support the creation of domestic industries, it's much much less likely that these policies will see the light of day. Supporting infant industries to develop like the Indian solar industry is a well-known economic development model. India is only using a small percentage of the program as domestic content, around 10 percent, and India continues to import in 2014 about over 100 million solar panels. So that argument is, I think, self-interested and in the case of India it is real hypocrisy from the US government that uses similar policies to support their industry.

CURWOOD: Now, this ruling, of course, could be appealed. If it is not appealed or an appeal is unsuccessful. How do you think India's national solar mission will be forced to change its program?

COSSAR-GILBERT: In terms of India solar panel program moving forward, it will still continue and it will be up to the Indian government to decide. In WTO rulings in the past, if India does not comply they may face sanctions or will reach a settlement with the United States.

CURWOOD: So many see this action by the World Trade Organization against India at the behest of the United States as a huge contradiction with the Paris climate agreement. How might this be reconciled? How could trade policy be reformed to loosen barriers towards local renewable growth in developing countries?

COSSAR-GILBERT: I think the first thing the WTO could do is not stand in the way, and this is what we're seeing here. A developing nation has put up a massive policy for increasing renewable energy and the WTO's standing in the way. First thing that trade policy needs to do is get out of the way of a sustainable future, and then we need to start working on trade policy, that supports local and regional integration, supports technology transfer and good clean jobs. 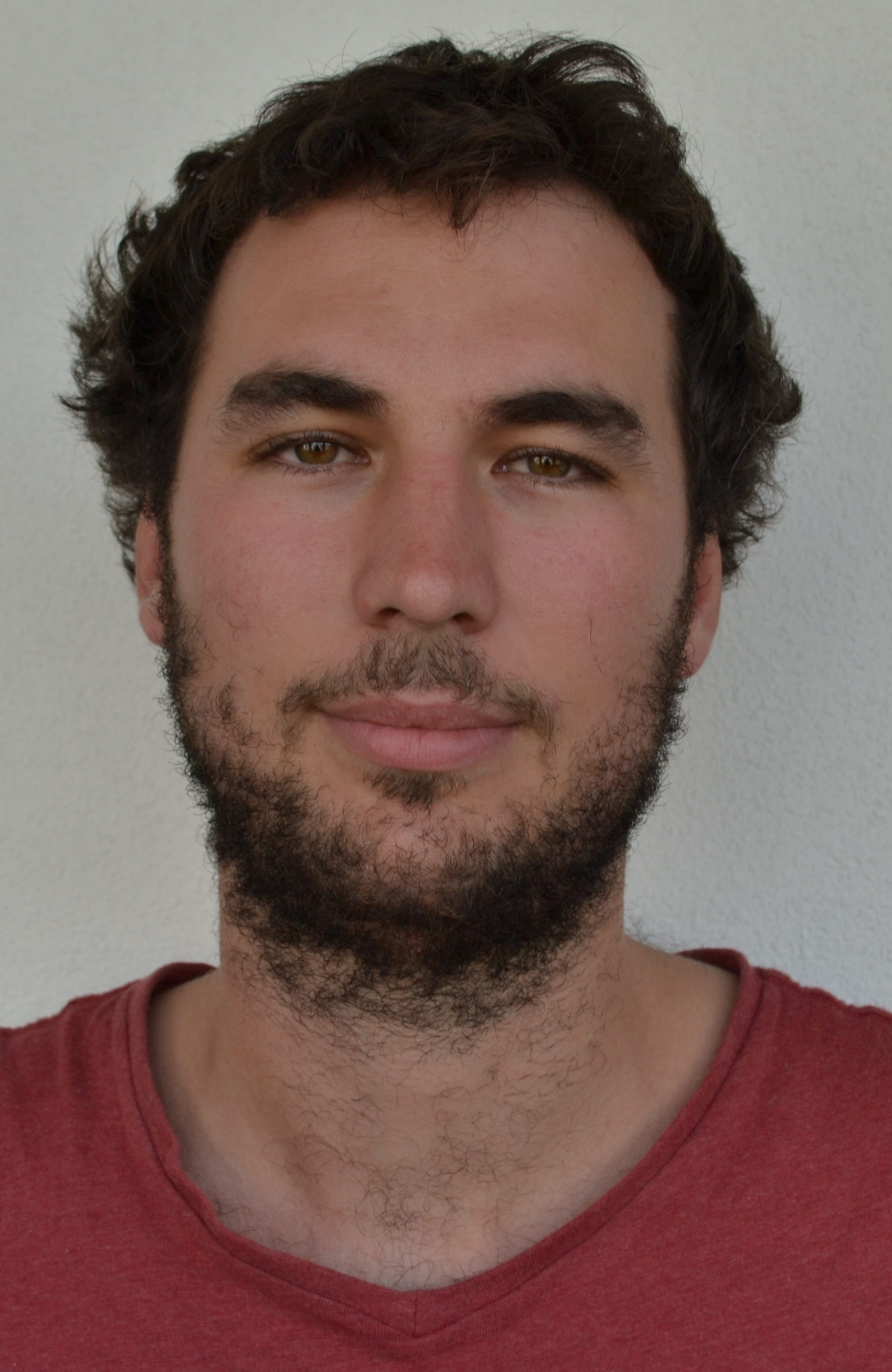 CURWOOD: Sam, given the whole existential threat of climate disruption where India stands, I imagine you're simply scratching your head.

COSSAR-GILBERT: I mean that's it. We spend a long time lobbying at the national level, lobbying at the regional level in the UN institutions and to have another international institution, the WTO come out and challenge one of the developing countries key pledges is really shocking.

CURWOOD: Sam Cossar-Gilbert is with Friends of the Earth International. Thank you so much effort, Sam, for taking the time with us today. Thanks.

CURWOOD: We called up the US Trade Representative’s Office to ask why, when the US is so firmly on record as a leader in trying to control global warming emissions, we would throw this particular monkeywrench in the works. Spokesman Andrew Bates sent a detailed explanation, and a statement that read, in part:

“The single, specific policy that the United States challenged at the WTO, which comprised one small portion of the National Solar Mission of India, discriminated against American solar exports and, required the use of more expensive and less efficient solar equipment – thereby raising the cost of generating clean energy across India."

About Sam Cossar-Gilbert and Friends of the Earth, Australia