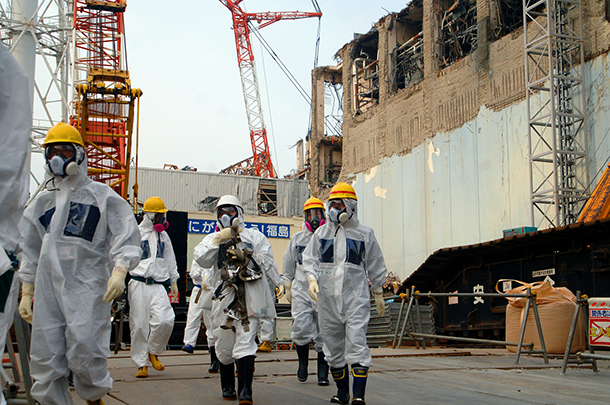 In this week’s trip beyond the headlines, Peter Dykstra tells host Steve Curwood about the indictment of three executives for the Fukushima Nuclear meltdown, America’s first climate change “refugees” from Louisiana and the shutdown of the last commercial whaling station in the US, 45 years ago.

CURWOOD: And now let’s join Peter Dykstra of DailyClimate.org and Environmental Health News, that’s EHN.org to go beyond the headlines. He’s on the line from Conyers, Georgia. What have you found, Peter?

DYKSTRA: There’s big news on the environmental crime beat this week. The former CEO and two top Vice Presidents at Tokyo Electric Power, better known as TEPCO, were indicted on charges of negligence for the catastrophe at the Fukushima Nuclear plant back in 2011.

CURWOOD: Yeah, I think there’s still some areas around that zone that people can’t go back to, right?

DYKSTRA: That’s right. They’ve slowly begun to lift the evacuation orders nearly five years later, but even in places that are cleared for people to live in, not everybody wants to go back. Prosecutors had declined to indict the former TEPCO bosses twice before, but a citizens’ commission forced their hand, and as they say, the third time’s a crime.

CURWOOD: Or at least an indictment.

DYKSTRA: For which the three are expected to plead not guilty when the trial gets underway several months from now.

CURWOOD: So what would the sentence be if in fact they’re found guilty?

DYKSTRA: It could be a fairly long prison stretch – potentially up to five years, or a not-so-big fine of a million yen, which is under $9,000.

CURWOOD: What! I mean, they trash this whole part of Japan and the fine will be less than $9,000? I mean, you can’t even buy a nice Toyota, used Toyota, for that money.

CURWOOD: So, what’s next?

DYKSTRA: Well, Americans have always had the luxury of thinking of “refugees” as literally a foreign term from places like Darfur or Syria. But along the vanishing Louisiana coast, members of a French-speaking Indian tribe have officially become America’s first climate change refugees as their home on the Isle de Jean Charles washes away. 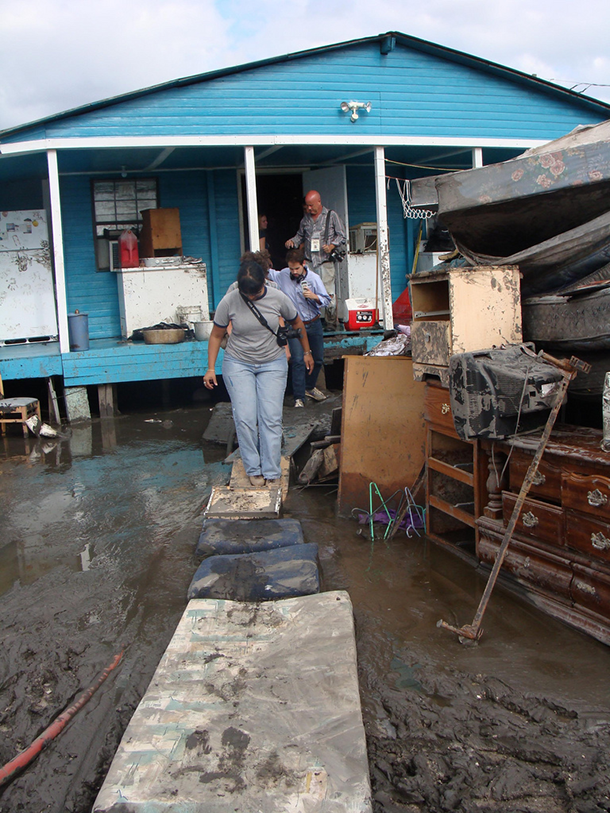 Residents of Isle de Jean Charles in Louisiana, like the Biloxi-Chitimacha-Choctaw tribe, are losing their land to rising seas and need to relocate. (Photo: Karen Apricot, Flickr CC BY-SA 2.0)

CURWOOD: How many of them? And what makes this official?

DYKSTRA: Well, it’s official because they’ve received - there are about 230 people in the tribe - a $48 million federal grant to aid in their relocation. They don’t know where they’re going yet, but they can’t stay where they are for much longer.

CURWOOD: No, well, they certainly can’t. I mean, we’ve reported on the crisis in Louisiana – it’s partly climate, but then of course, the oil and gas industry put in this web of pipelines and channels all along the bayous and the coast there. And the Mississippi River is now channelized so the sediment that used to rebuild that land is now getting flushed out to sea.

CURWOOD: And where else is this going on?

DYKSTRA: Well, places like Smith Island in Chesapeake Bay. There’s another problem in Alaskan coastal villages like Shishmaref and Kivalina. The sea ice that shields these towns from winter storms isn’t always there anymore. Climate change and sea level rise aren’t the sole culprits, but they’re making a bad situation worse and making it happen sooner.

CURWOOD: Alright, Peter, what do you have for us this week from the history vaults?

DYKSTRA: 45 years ago this week, the last commercial whaling station in the United States shut down for good. It was in Richmond, California on San Francisco Bay, where the Del Monte Fishing company – that’s no relation to the famous food brand – ran three converted Navy ships out within a 100-mile radius of the Golden Gate to catch humpback, sperm and finback whales until the Secretary of Commerce, Maurice Stans, yanked their whaling permit and a year after that in 1972, the Marine Mammal Protection Act outlawed all commercial whaling. 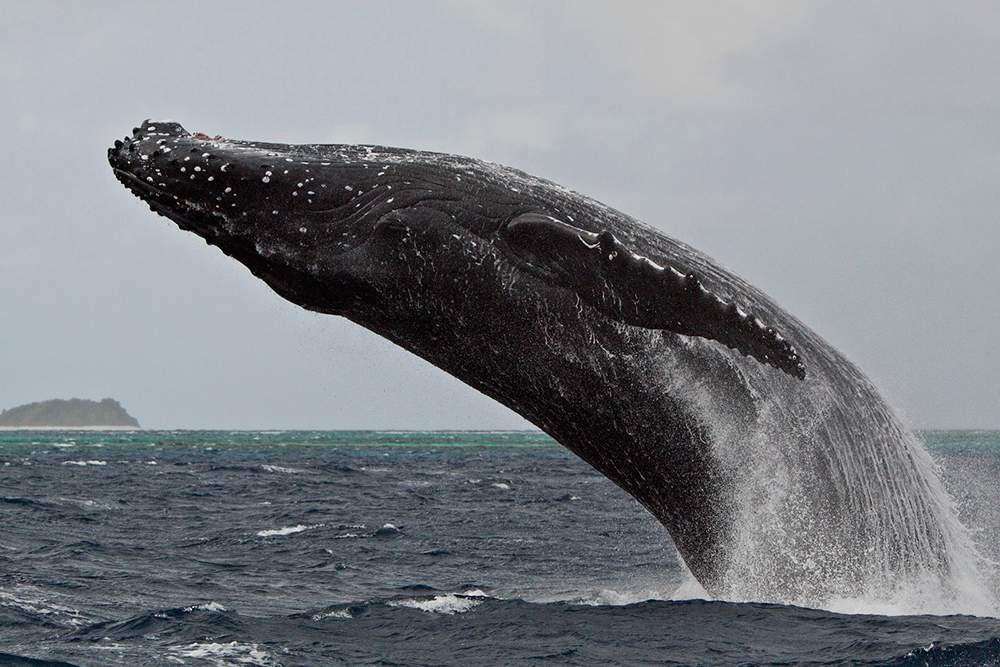 CURWOOD: How many whales were they killing?

DYKSTRA: They averaged about 170 whales a year. They converted them into pet food, chicken feed and feed for minks on fur ranches.

CURWOOD: And today how are the whales doing?

DYKSTRA: Humpbacks, finbacks, sperm whales, blue whales, northern right whales and other species are still on the US Endangered Species List. There are ship collisions, fishing gear entanglement, pollution, and of course Japan still sends ships down to the Antarctic to hunt finback whales and non-endangered minke whales under the thin guise of “research.” You know, there’s a link between Japan’s whaling and that tsunami that caused the Fukushima disaster.

DYKSTRA: The whaling fleet loses money ever year, but back in 2011, they got $29 million dollars in tsunami disaster aid to stay afloat.

CURWOOD: So, we're back to Fukushima again. Peter Dykstra is with Environmental Health News, that’s EHN.org and DailyClimate.org. Thanks, Peter. We’ll talk to you again soon.

Climate Change Takes A Village As The Planet Warms, A Remote Alaskan Town Shows Just How Unprepared We Are

Smith Island, threatened by rising water and dwindling population, aims to shore up its future