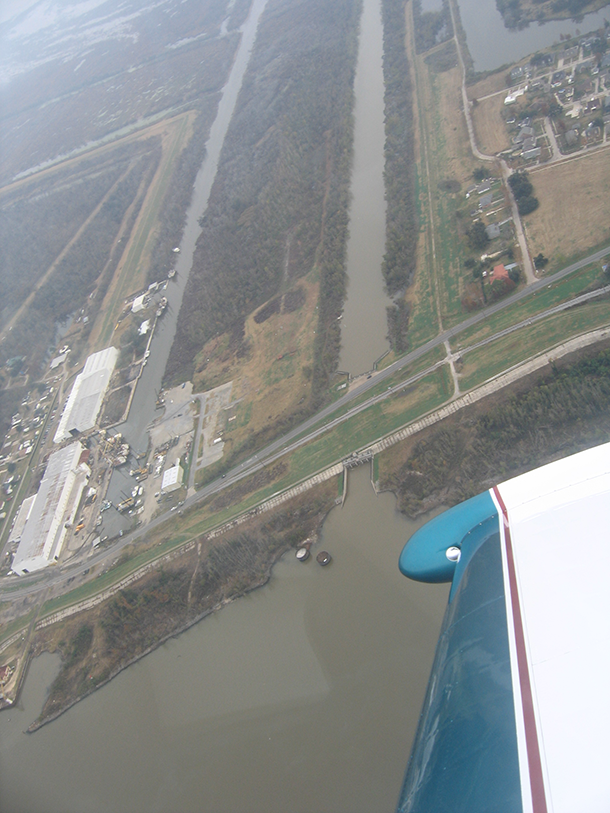 We revisit a story from a decade ago, a year after the disaster of Hurricane Katrina. Living on Earth’s Jeff Young chronicles miscalculations in the planning of the protections for New Orleans, and experiments to rebuild the marshes that had once absorbed storm surges.

CURWOOD: Well, during April, we like to revisit some past reports to celebrate Earth day, and we’re staying down in New Orleans to catch up on a story we broadcast a decade ago – before the disaster of the Deepwater Horizon – but after the disaster of Hurricane Katrina. That monster storm killed nearly 2000 people, flooded large portions of the city and caused $100 billion worth of damage. It also brought home how many years of building canals and pipelines to accommodate oil drilling in the Gulf had helped erode and destroy the marshlands that once protected New Orleans from furious storms. The Army Corps of Engineers was tasked with building 125 miles of levees to protect the city. But the protections they built were not high enough – they were only designed to hold back storm surge from an average hurricane. Living on Earth’s Jeff Young reported back then on the protection efforts and how they fell short. Retired Army Corps General Gerald Galloway said the plans were inadequate.

GALLOWAY: I would argue that the problem began when we failed to specify the level of protection to be provided.

YOUNG: All along, the Corps plan to protect New Orleans was based on a late 50s study by the weather service guessing the strength of storms most likely to hit. It was called the standard project hurricane. 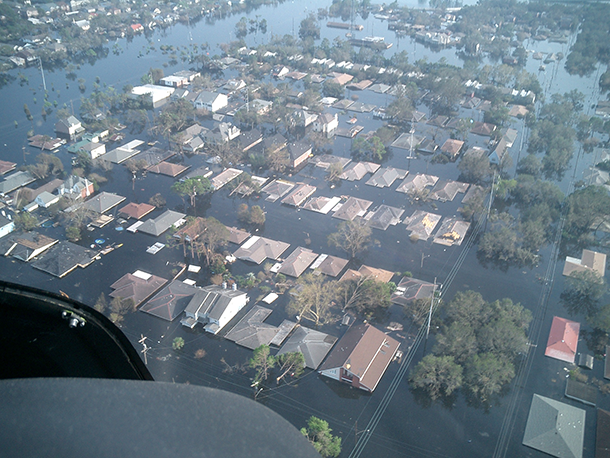 Cost-cutting measures may have encouraged the Army Corps of Engineers to build the levees New Orleans too low for adequate protection. Many levees breached in multiple spots in the wake of Hurricane Katrina, flooding much of the city. (Photo: News Muse, CC BY-NC-ND 2.0)

GALLOWAY: When we picked the standard project hurricane for New Orleans we were picking low not high. We went in the wrong direction: instead of taking the biggest storm that we could conjure we took a sort of moderate storm and as we’ve seen the results were disastrous.

YOUNG: The Corps upgraded its storm calculations with a study in the late 70s. Louisiana State University Hurricane Center Director Ivor Van Heerden says the Army even issued a directive in 1981 to use those new findings and design protection for a stronger storm.

VAN HEERDEN: Unfortunately the corps seems to have stayed with the 1959 definition of a standard project hurricane, which was a much, much weaker storm.

YOUNG: They paid for this study. Why didn’t they use it?

VAN HEERDEN: We see cost cutting efforts one after the other. And we see this term in their internal correspondence—about “this will cut costs, this will cut costs.” So it looks like, perhaps, that the use of a weaker hurricane meant you didn’t have to build levees as robust or as high and as a result you cut your costs.
YOUNG: So was the problem a shortage of money? The storm protection system was still not complete when Katrina hit. And the Bush administration had cut maintenance budgets for levees. But still, Louisiana got more money for Corps projects over the past five years than any other state—nearly 2 billion dollars. Steve Ellis is with the budget watchdog group taxpayers for common sense. 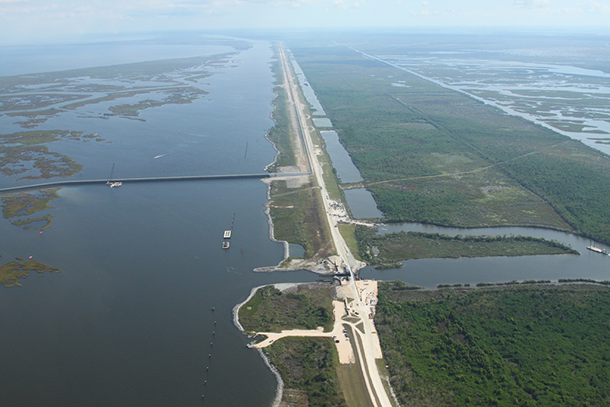 ELLIS: So it wasn’t that we didn’t spend enough money, it was going to the wrong things. Rather than concentrating our resources and maintaining what we had and trying to actually provide adequate or better flood protection we were building other things across the state.

YOUNG: So I’m walking along the Mississippi river levee of the downstream from New Orleans at a big bend in the river called the english turn in St Bernard’s Parish. There’s a little community called Caernarvon. Now Caernarvon is locally infamous, because in 1927 during the great flood, the powers that be that ran New Orleans dynamited the levee right here. It’s one of those funny coincidences of history that if you visit Caernarvon these days you’ll find there’s another intentional hole in the levee. Listen, you can hear some of the Mississippi river rushing through the levee. This time the goal is to use that water to save some of the disappearing wetlands.

VILLARUBIA: This is right near the spot where the levee was blown up and so we’re trying to replicate that albeit in a much in a smaller way.” 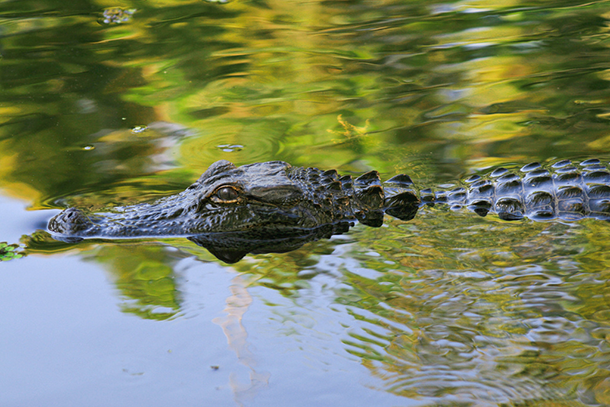 VILLARUBIA: And what we have is a series of five tubes, that are 15 by 15 feet. That then distributes the water from the river into the marsh. What this does is help simulate the overflow flooding that happened before the levees were here.

YOUNG: OK. and so are we gonna open the gates here?

VILLARUBIA: Yeah we can open the gates and show ya how it works.

[SOUND OF RUSHING WATER UP THEN UNDER ]

YOUNG: With the gates fully open 8 thousand cubic feet per second of muddy Mississippi rush through. In some parts of the country that would be a river itself. But it’s spare change here.

YOUNG: The river water pushes back saltwater from some abandoned fields. Now the marsh is starting to come back, as is wildlife.

YOUNG: The concern about losing wetlands and the land itself is so great, it must be satisfying to come here and say, ‘we’re starting to turn the tide’ at least a little.

VILLARUBIA: Caernarvon I think has been successful, it’s been nice to see it work And particularly now after the hurricane we’ve seen, and we’ve known that we need to have this marsh in front of the levees to make them more effective. Most of the levees look fine there, at least in this area. So we need to make this wetland restoration work along with levees for the protection of the whole area.

CURWOOD: That’s Chuck Villarubia of the Louisiana Department of Natural Resources, ending that portion of Jeff Young’s report from a decade ago.