Great Green Wonder of the World 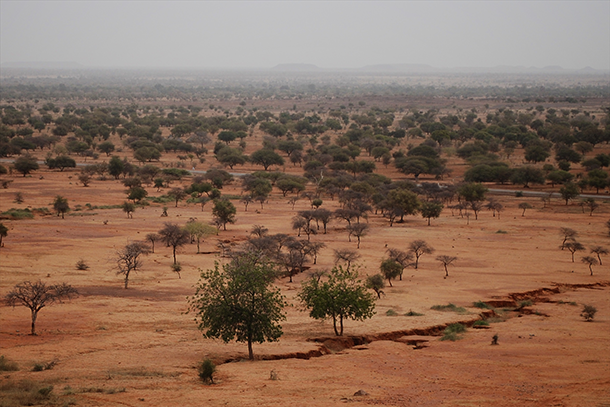 Africa’s Great Green Wall is making slow progress, and helping provide employment to keep young people on the land. Living on Earth’s Helen Palmer reports on the hopes for the project to help local economies and the environment.

CURWOOD: That’s Jean-Marc Sinnassamy of the Global Environment Facility, that helps fund the Great Green Wall, in Bobby Bascomb’s report from 2012. Living on Earth’s Helen Palmer has been checking out what’s happened since then.

PALMER: For those in charge of making this ambitious dream a reality, it’s not just about planting trees to hold back the desert. At the Paris climate talks, I met up with Elvis Paul Tangam, the African Union Commissioner for the Sahara and Sahel Great Green Wall Initiative.

PALMER: Development at all levels means sustainable land management to provide jobs and cash, to keep people in their communities and able to thrive in a harsh climate. Tangam says it’s a matter of life or death for millions, particularly young men.

TANGAM: It’s about value. The issue of migration, which is very fundamental because it is the nexus between migration, land degradation, poverty. Every young person wants to be valued. In the African context, every young person, especially young man, has the responsibility to take care of their family. 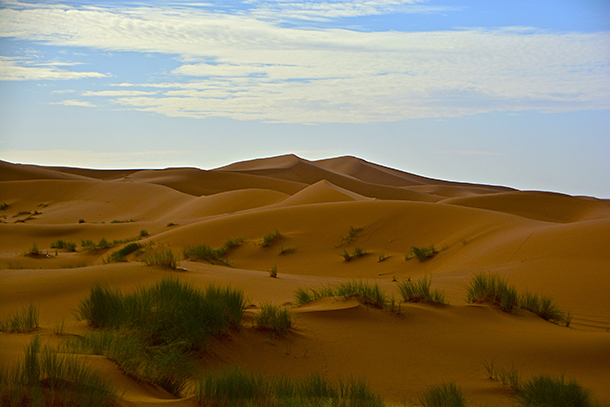 PALMER: Tangam says idle young men, who’ve seen crops and animals die and have no work, face terrible choices. They might join rebel groups, or terrorist groups like Boko Haram or join the exodus of desperate migrants trying to cross the Mediterranean on rickety boats to find work in Europe. Although the idea of the wall of trees is a decade old, it remains more vision than reality. Yet Tangam says a lot has been achieved in terms of cooperation.

TANGAM: The first biggest achievement of the Great Green Wall is the fact that people of those regions have accepted to work together, for a common goal. The second achievement is that each of those countries developed national action plans. That is the biggest achievement because now they own it. It’s about ownership, and that has been the failure of development aid because people were never identified with it. But this time they identify, this is our thing.

PALMER: But there has also been success on the ground - according to Tangam. About 15 percent of the actual “wall of trees” is already planted. 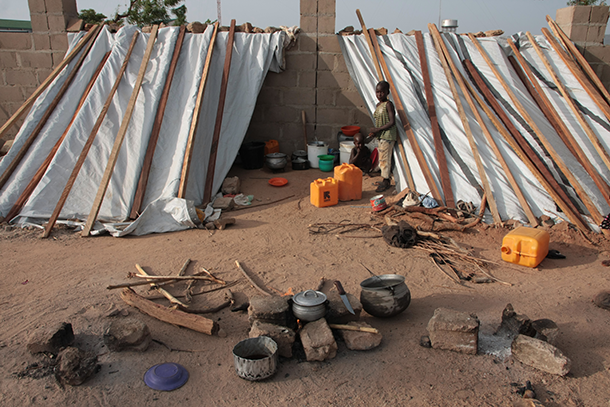 TANGAM: Senegal has reclaimed more than four million hectares of land along the Great Green Wall. They have planted more than 27,000 hectares of indigenous trees, that don’t need watering. All animals that had disappeared from those regions are reappearing – animals like antelopes, we are talking about hares, we are talking about birds that for the past 50 years nobody saw.

PALMER: The United Nations commissioned a virtual reality film to show the progress so far – it features the Fulani people at a village called Koyli Alpha.

CHILD: Already our well is filling up. And now my mother doesn’t have to walk for hours to get water. There’s more work for everyone, and the market is busy again.

PALMER: And Tangam says it’s not only Senegal, there’s progress in Mauritania, in Chad, Niger, Ethiopia and Nigeria, where they’ve developed market gardens and grow fodder to feed animals in the dry season, giving the young population work. 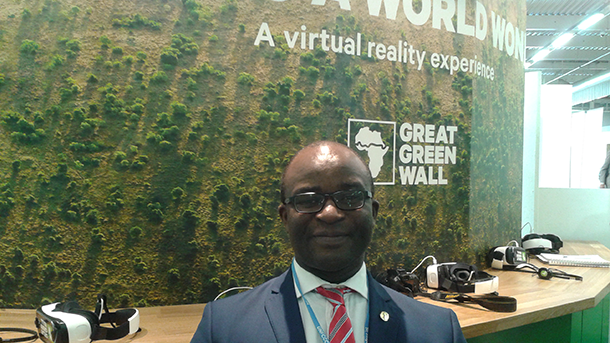 Elvis Paul Tangam at the November 2015 Paris climate talks, where the Great Green Wall Initiative set up a station with virtual reality goggles to watch an immersive video about the project. (Photo: Helen Palmer)

PALMER: And, according to Tangam, another hopeful sign is the money to pay for this huge project – last December the UN climate meeting brought firm pledges of additional funding for the Great Green Wall.

PALMER: Still, the UN says that 100 million Africans are threatened by growing desertification as the climate changes and the worst drought in 30 years affects parts of the continent. That makes any project such as this, that Africans claim as their own and believe in, both more vital and more likely to succeed.

CHILD: My grandfather says that all of this here is part of a Great Green Wall that will stretch across Africa. He says it is going to be a wonder of the world.

PALMER: Though, as Elvis Paul Tangam and all the stakeholders agree – to realize this wonder of the world will take at least a generation. For Living on Earth I’m Helen Palmer.


About the Great Green Wall Initiative