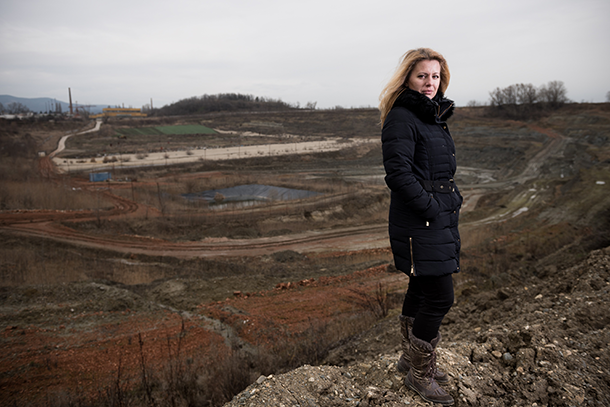 Every year the Goldman Foundation honors six activists from around the world who have fought to protect the environment. Host Steve Curwood profiles three of this year’s winners, Leng Ouch, a Cambodian activist who exposed illegal logging operations and shut down 220,000 acres of logging concessions, Edward Loure of Tanzania, who secured communal land-rights for herders, and Zuzana Caputova from Slovakia who shut down a toxic waste dump in her home town, and prevented another from being opened.

CURWOOD: It's Living on Earth, I'm Steve Curwood. This week we continue our coverage of the 2016 Goldman Environmental Prize winners. The Prize is awarded each year to six grassroots activists who are champions of the natural world, with winners selected from each of the five inhabited continents plus an island nation or territory. Earlier we profiled winners Maxima Acuña, a farmer in Peru who fought a massive gold mine, and student Destiny Watford, who mobilized opposition to a bid to build a huge polluting trash incinerator in South Baltimore. Now we turn to Zuzana Caputova, a public interest lawyer from Slovakia, who spoke at the prize ceremony in San Francisco.

CAPUTOVA: Good evening ladies and gentlemen, thank you for the honor to be here with you tonight. Let me express my deepest gratitude to the Goldman Environmental Foundation, your award is a great encouragement for me, as well as hundreds of other people in Slovakia. 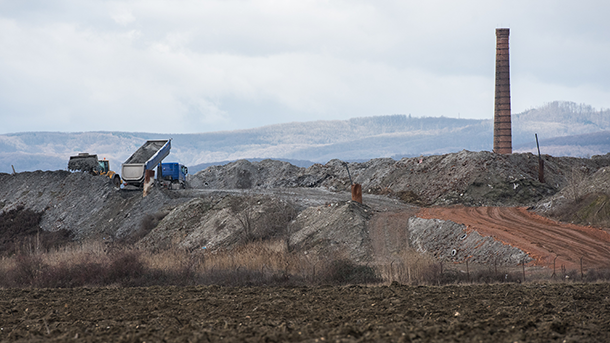 Caputova fought to close a poisonous dump in her hometown and prevent the opening of a new landfill (Photo: Goldman Environmental Prize)

CURWOOD: Ms. Caputova led a campaign to shut down an old toxic waste dump and stop the construction of a new one in her hometown of Pezinok, where leukemia rates are 8 times higher than the national average. She combined grassroots activism and legal strategies to fight the landfills, and in 2013 the Supreme Court of Slovakia ordered the old landfill shut down and cancelled the permit for the new one. The ruling affirmed an earlier decision by the EU Court of Justice, and underscored the right of the public to participate in environmental decision-making throughout the European Union.

CAPUTOVA: [APPLAUSE] Our story has given hope to many other people who fight against reckless developers. In Slovakia we are still learning lessons about democracy after the fall of communism, but no country has democracy working well on autopilot. [APPLAUSE] We cannot let it run without our involvement; the same goes for the protection of our planet, it needs engagement. Thank you. [APPLAUSE] 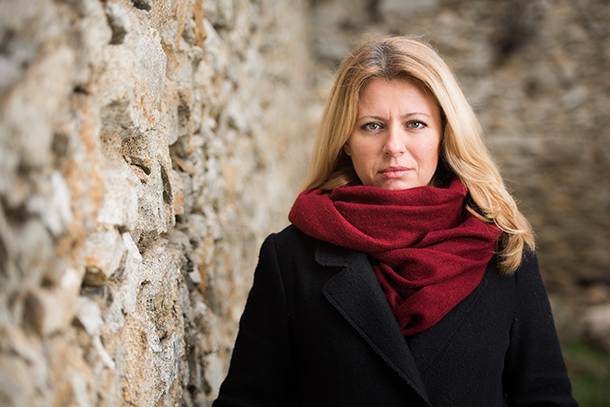 CURWOOD: Holding governments accountable for upholding the rights of their people was a theme of this years’ winners, including Leng Ouch, who is fighting against deforestation in Cambodia.

OUCH: [APPLAUSE] Thank you, ladies and gentlemen. Today I’m very grateful for the opportunity to tell you about the real situation in Cambodia.

CURWOOD: Leng Ouch grew up in a family of poor farmers living in the forest during the brutal Khmer Rouge dictatorship. He won a scholarship to attend law school and after graduating founded the Cambodia Human Rights Task Force to fight illegal logging and protect land rights.

Leng Ouch went under cover as a timber dealer, driver, and tourist, putting his life at risk in order to expose Cambodia’s illegal logging crisis to the world. His photographs and videos showed collusion between the Cambodian government and illicit loggers. Eventually the government was forced to cancel 23 concessions that had been granted to illegitimate logging operations, effectively protecting 220,000 acres of forest.

At the Goldman prize ceremony Mr. Ouch called on the world community to keep up the pressure on the Cambodian government. 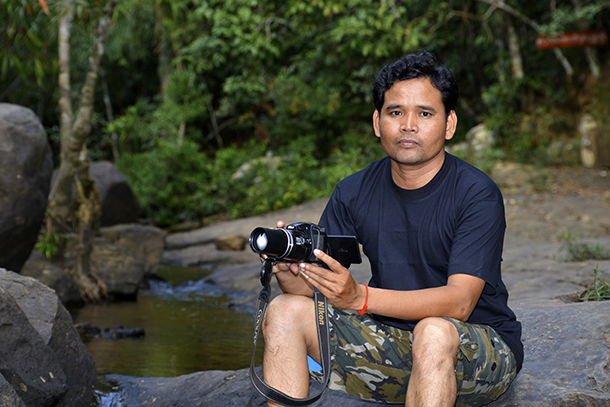 OUCH: I would like to ask all of you to participate in our campaign and tell your government to use their influence in Cambodia to end exploitation in our land. [APPLAUSE] The forest does not belong to only me, it also belongs to you and it also belong to the people around the world. Ladies and gentlemen, please join us to help fight illegal logging Cambodia. [APPLAUSE]

CURWOOD: We also spoke with some of Goldman prize winners before the awards ceremony.

LOURE: My name is Edward Loure. I come from Tanzania, and I work with an organization called Ujamaa Community Resource Team.

CURWOOD: Edward Loure is a member of the cattle-herding Maasai people. And his Ujamaa Community Resource Team works to secure land rights for Tanzanian pastoralists and hunter-gatherers like the Maasai and the Hadzabe. As a child his family was pushed off their land when Tanzania created the Tarangire National Park, now considered a premier wildlife reserve.
Edward Loure says that too many indigenous people have been relocated off their lands to make way for parks. 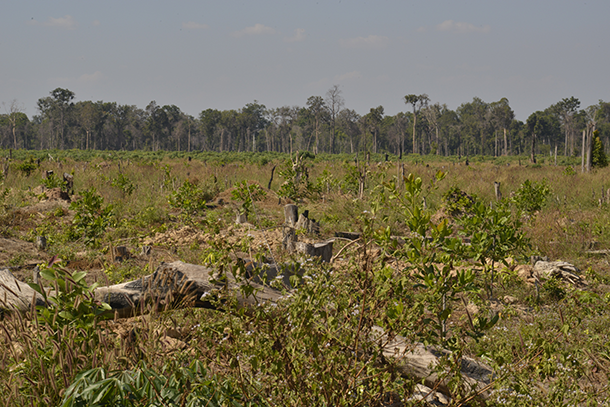 LOURE: There’s a number of National Parks created in the Maasai land, that includes the Serengeti, the Manyara National Park, the Tarangire National Park. These national parks, a big portion of their land was belongs to the pastoralists, Maasai land, and all people has to get out of it.

CURWOOD: So in other words traditional lands for thousands of years, people being pushed off that land because of, supposedly, the national park.

CURWOOD: But your people have been conserving that land for thousands of years. 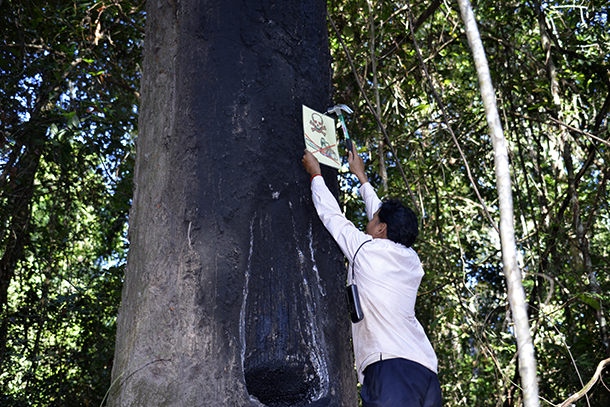 LOURE: Sure, but now, you know there is movements of conservation with no human face. The people want to have just the conservation land, the human activity’s not allowed. People value more the wild animals rather than community livelihood. These communities have been there for centuries and they know very well how to stay together with these animals and some of the research even shows that you take away these communities, the wildlife number is reduced, because it is difficult for poachers to come and poach animals when somebody’s there.

CURWOOD: So what did you decide to do about this problem?

LURE: After we found that these communities are now outside the protected areas, but still, the small land that they have, it is not secured, it is still insecure, so our big role is to facilitate the securing of these communal lands, to make sure that the land they own now has to be more secured.

CURWOOD: Studies show that when indigenous people are able to secure land rights, it generally leads to greater conservation of natural habitats. In the fight to ensure that the pastoralists and hunter-gatherers in Tanzania had a legal title to the land they were living on, Edward Loure and his colleagues read up on property law in Tanzania.

They discovered that they could apply for something called a Certificate of Customary Right of Occupancy (or CCRO), which would grant entire villages communal land rights. Land in Tanzania is typically held by a single property owner, but the CCROs would secure the land based on a traditional communal ownership structure. 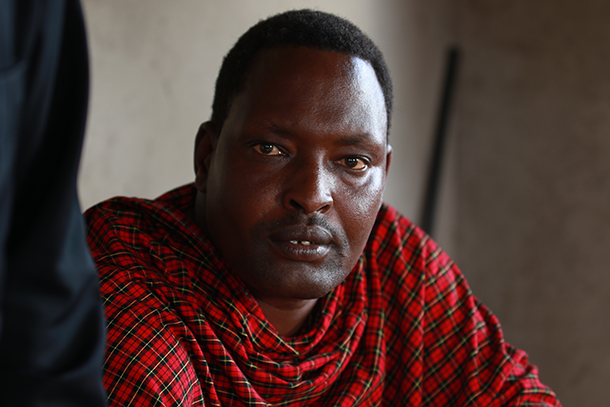 LOURE: The pastoralists and hunter-gatherers, their way of life is living communal and use the resources communally. I myself come from the pastoralist community so I know this lifestyle before, these certificates will protect the interests of communal sharing of resources. We tried to convince the government to adopt it. Now they’ve agreed and we want to do it more.

CURWOOD: How much land so far do you think you’ve been able to secure?

LOURE: By end of this year we are going to secure 300,000 hectares of land, and we want to do it more, and I hope also this recognition will also give us room to connect for more donors that can also be supporting us in securing more lands for this community. At this moment we’re only working with 76 communities around the northern part of the country, and there are so many, we want to help them, but due to the limited resources we can’t.

CURWOOD: So what lessons do you think that indigenous people in other parts of the world can learn from your fight? 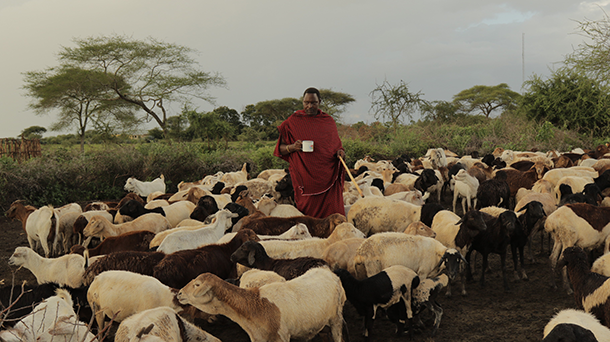 Loure grew up in a seminomadic Maasai community. He earned the award for securing land rights for the Maasai and other pastoralists (Photo: Goldman Environmental Prize)

LOURE: Having communal land ownership is a very great opportunity for other people to learn around the world because when you secure communal land you wil also be securing land that will save big group of people, compared to an individual land that belongs to only an individual. And it will be a land that will be more protected by the whole land community, because it belongs to all of them and it will also be a land that will not be easy for someone to sell; it will not be easy for someone to use as a collateral to get money in the bank, compared to the individual lands. So you don’t have to think about how do I secure this piece of land for my young children in the future, just to secure community land, it’s done.

CURWOOD: Edward Loure says there are still many indigenous people in Tanzania who need to secure communal land rights but for now he says he’s excited that the work so far is being recognized.

LOURE: I’m really excited because I’ve been doing this work for the decades and I never know whether someone is watching me. And now it happens that somebody is watching me, and he’s really acknowledging what I’m doing, so it’s really great. I did not even expect it before.

CURWOOD: Edward Loure is one of the winners of this year’s Goldman Environmental Prize, really great to talk with you. Thanks.

LOURE: Thank you too. 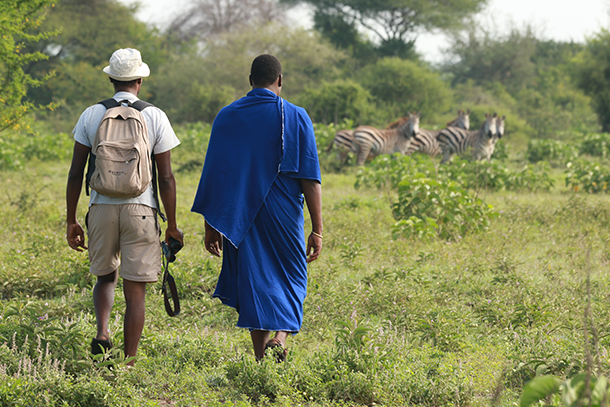 Loure argues that if you want to protect wildlife, the best thing to do is to give stewards like the Maasai control over their own land (Photo: Goldman Environmental Prize)

Read more about the Goldman Prize

The 2016 Goldman Environmental Prizes-Part I