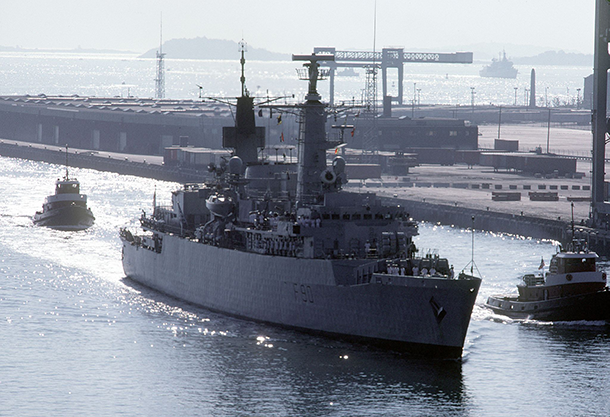 Peter Dykstra tells Host Steve Curwood about two occasions when commentators spoke “truth to power”, that resulted in both of them being forced out of their jobs. Then, a look back at a mix-up between Argentine submarines and Right Whales during the Falklands War that turned out badly for the rarest cetaceans.

CURWOOD: Time to see what’s going on beyond the headlines with Peter Dykstra now.
He’s with DailyClimate.org, and Environmental Health News, that’s EHN.org and joins us from Conyers, Georgia. How are things, Peter?

DYKSTRA: Steve, I have two stories of two very different commentators who both spoke truth to power, and they’re now both unemployed. Rick Friday’s the first one. He was an editorial cartoonist for Farm News, a weekly publication that reaches about 24,000 farm homes in Iowa. Al that came to an end when one of his cartoons caused what his editor said was a “manure storm.”

CURWOOD: Peter, I don’t think he said really, “manure storm,” did he?

DYKSTRA: Oh no of course he didn’t say that but I don’t think I’m allowed to say what kind of storm he really said it was, so I picked the most agriculturally accurate substitute. Mr. Friday says he was told he was fired after twenty-one years and over a thousand editorial cartoons when he published a cartoon lamenting the three Big Ag CEOs from Monsanto and DuPont Pioneer (those two of the giants in the seed business) and also the CEO of John Deere, the farm equipment manufacturing giant — have a total salary bigger than that of two thousand Iowa farmers.

CURWOOD: And how did this - er - manure storm play out?

The cartoon that got Rick Friday fired, and his Facebook reflections about the incident.

DYKSTRA: Well Friday says he was told that a major seed distributor cancelled its advertising in response to the cartoon — Monsanto says it’s not them and the owners of Farm News aren’t talking to anyone about this — but Rick Friday isn’t the only journalist with some strong views who’s suddenly looking for work.

CURWOOD: Oh really, Who else?

DYKSTRA: Well one of the most respected writers on conservation and nature in the American West is out of a job. Author Terry Tempest Williams resigned her longtime teaching position at the University of Utah in late April after what she describes as an attempt to push her out of teaching.

CURWOOD: So what’s going on, what’s the issue here?

DYKSTRA: She wrote a resignation letter and I must say, it’s very well-written for a resignation letter. Terry Tempest Williams said she was subjected to what she called a “humiliating” set of bureaucratic demands and an offer of a phased-in retirement that she never asked for. One of the demands, she said, was that she stop taking her students out to see the nature she’s teaching about and she should stick to teaching on campus and in the classroom just like all the other professors. 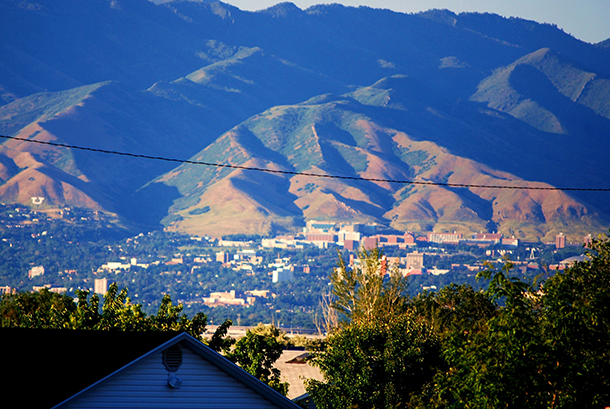 DYKSTRA: Well there quite possibly is a back-story — in February, Williams took part in a protest against oil and gas lease sales on public lands in Utah. She and her husband also dropped about $1,700 to buy drilling rights on eleven hundred acres of land near Arches National Park. Yeah, that’s right, you can still buy drilling or mining rights on Federal land in the West for about the price of a small bag of Doritos per acre. She also wrote an op-ed in the New York Times describing the process and urging us all to keep fossil fuels in the ground.

CURWOOD: So Peter who, if anyone, is anyone making the suggestion that maybe Terry Tempest Williams was forced out because she angered the oil and gas industry?

DYKSTRA: Well actually University officials say that’s not the case and they weren’t trying to force her into early retirement. But in that resignation letter, Williams said the University found her teaching about nature to be “threatening.”

CURWOOD: Oh my goodness. The higher laws of nature huh, under attack. Hey, what do you have from the history vault for us this week?

DYKSTRA: Well I brought an urban myth that turned out to be probably true, and it’s kind of a yucky one at that.

DYKSTRA: Well in the brief Falkland Islands War between Argentina and the UK in 1982, the British Navy was on the lookout for small, Argentine submarines. Unfortunately, on sonar, small submarines have a signal that’s a lot like a large whale. Rumors spread that Her Majesty’s Navy was torpedoing southern Right whales, erroneously thinking they were armed to the teeth with a belly full of Argentine sailors. Then ships’ logs, particularly the one from the skipper of a frigate with a possibly inappropriate name – the date on this was May 12, 1982 – and some other items confirmed this years later, but no one knows exactly how many whales got blown up this way.

CURWOOD: Peter what’s the inappropriate name of the boat?

CURWOOD: Oh indeed huh? Peter Dykstra is with Environmental Health news that’s EHN.org and the DailyClimate.org — thanks Peter — we’ll talk to you next time.

DYKSTRA: Alright Steve thanks a lot, talk to you soon.