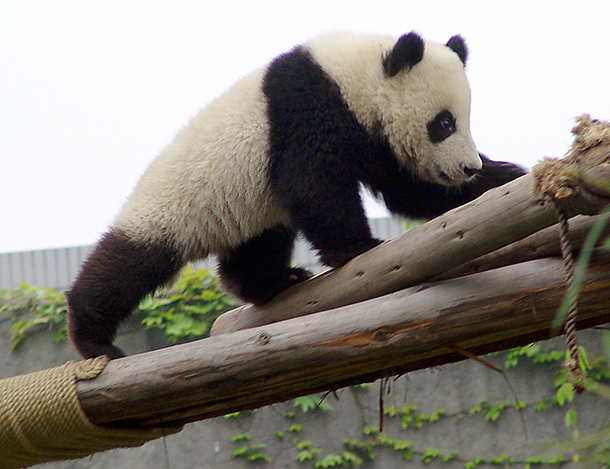 Conservation experts are considering upgrading the status of the giant panda in China from 'endangered' to 'vulnerable.'. (Photo: Gill Penney, Flickr CC BY 2.0)

In this week’s trip beyond the headlines, Peter Dykstra talks to host Steve Curwood about a possible upgrade to the giant panda’s endangered status in China, state officials in Texas trying to hide photos of oil spills caused by recent flooding, the Australian government trying to obscure coral bleaching, and the Arsenic Act of 1851 in England, one of the earliest laws on toxic substances.

CURWOOD: Time to check in with Peter Dykstra now. Peter is with DailyClimate dot org and Environmental Health News, ehn dot org and he’s on the line from Conyers, Georgia to tell us about the news beyond the headlines. How are you doing, Peter?

DYKSTRA: Hi, Steve. I’m doing pretty well, and I’m going to start with some good news – possibly good news – from China. The giant panda may get an endangered species upgrade, thanks to improved habitat and a reported 17 percent increase in wild panda populations over the last 13 years.

CURWOOD: Well, now that would be some great news, but, uh, unless it’s too good to be true.

DYKSTRA: Well, you’re right to be skeptical, and you may recall a couple weeks ago we discussed similarly good-sounding news about Asian tiger populations, but that info was almost immediately called into some question. As for the pandas, there’s no doubt that China has put a lot of effort into protecting its national symbol.

CURWOOD: So, whose report is this?

DYKSTRA: It is the Chinese government’s report, but the International Union for the Conservation of Nature is reportedly looking into it, and if they confirm China’s good news, they could list the Giant Panda as a “vulnerable” species, which sounds pretty bad, but it’s actually an improvement from an “endangered” species.

There’s one caveat here – the last time the IUCN took a long look at panda populations was in 2008 and back then, their view was more pessimistic than that of the Chinese government.

CURWOOD: Hmmm, so we’ll see. Hey, what else do you have for us today?

DYKSTRA: Well, you know some governments blast out the good news...

DYKSTRA: Right, and other governments focus on burying the bad news. For the second straight month, Texas is coping with major flooding from heavy rain. In April, the Civil Air Patrol, a volunteer group affiliated with the US Air Force that aids in disasters, took a ton of photos showing apparent oil spills from flooded tank farms and from fracking sites. The pictures were posted at a University of Texas web site, at least until state officials ordered them taken down, effectively hiding the spill images from public view. Except a reporter for the El Paso Times wrote about the apparent censorship and published the pictures, leaving yet another oily stain on the reputations of Texas environmental officials. 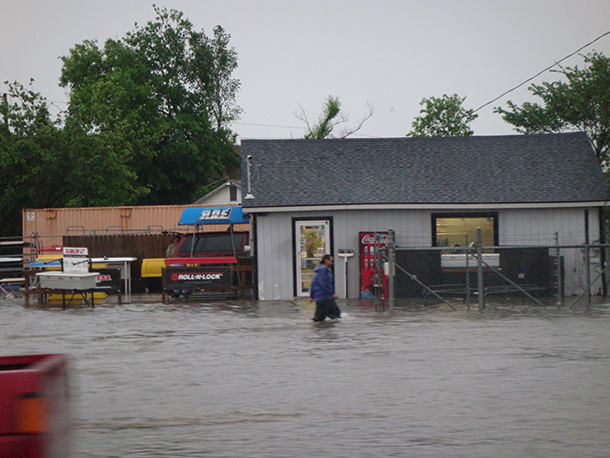 Flooding in Texas may have caused the release of oil from fracking and well sites. (Photo: Todd Dwyer, Flickr CC BY-SA 2.0)

CURWOOD: Yah, it’s amazing how often attempts to cover something up bring more attention to the problem than ever.

DYKSTRA: Well, I’ve got another example of that for you. There’s been a lot in the news lately about the imperiled Great Barrier Reef, with widespread reports on bleaching and dying coral. But the Great Barrier Reef is a tourism gold mine for Australia. And you know, who would want to go diving on a dying reef?

So when a UN report on the threats posed to World Heritage sites by climate change came out last week, the Australian Government asked the UN to yank the chapter on the reef. And the UN said “okay.” All reminiscent to me of one of my favorite symbols of denial in movie history, the mayor from the movie “Jaws.” ‘THERE’S no shark problem here on Amity Island!’ And just like in “Jaws,” high profile mayhem ensued.

CURWOOD: So it’s possible that this one chapter of a UN report got more attention by getting censored than it would have gotten if it were published.

CURWOOD: Hm. Hey what do you have from the history vault for us this week?

DYKSTRA: A hundred sixty-five years ago this week, the British Parliament passed one of the earliest laws on toxic substances in the world. The Arsenic Act of 1851 required arsenic sellers to keep records of each sale and obtain some assurance that the arsenic would be used properly. 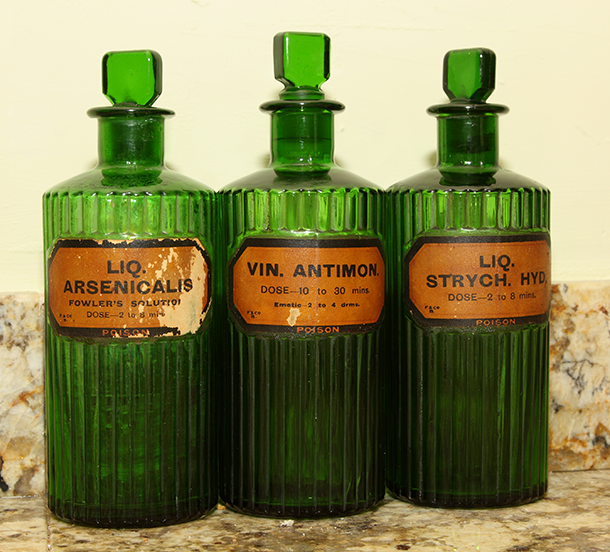 One hundred sixty-five years ago this week, the British Parliament passed the Arsenic Act of 1851, one of the earliest laws on toxic substances in the world. (Photo: James Laing, Flickr CC BY-NC-ND 2.0)

CURWOOD: Which begs the question, just what are the proper uses of something as toxic as arsenic?

DYKSTRA: Well, mostly things that wouldn’t be considered proper, or even legal, today: in cosmetics, and agriculture, and even in medicines. Arsenic was also used for centuries for some decidedly improper purposes by emperors, popes and noblemen to eliminate their rivals.

CURWOOD: Well maybe the Arsenic Act of 1851 helped Queen Victoria to stick around so long.

DYKSTRA: Sixty-four years on the throne.

CURWOOD: Well, actually, our resident Brit here corrects me. It’s 63 years, 7 months – and now Victoria is surpassed by Queen Elizabeth 2, her great great granddaughter. I think that’s as of September 9th in 2015.

DYKSTRA: I stand corrected. My apologies to her royal majesties.

DYKSTRA: Thank you, Steve. Talk to you soon.

About the Arsenic Act