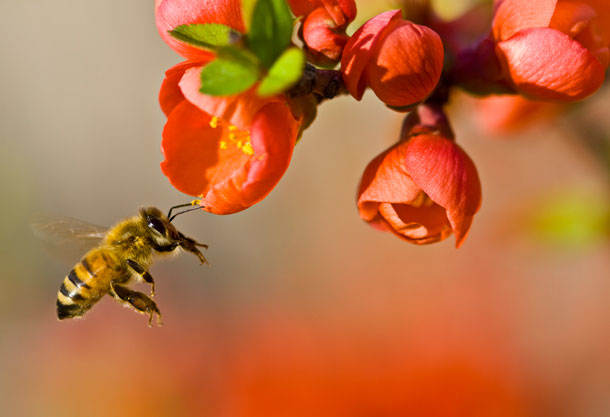 There are fewer than 10 different honeybee species -- a fraction of the 20,000 known species of bees. (Photo: Louise Docker, Wikimedia Commons CC BY 2.0)

: Pesticides are a leading contributor to recent widespread declines in honeybee populations. But don’t blame farmers. As Living on Earth’s Jay Feinstein reports in this note on emerging science, a new study in Nature magazine found a large amount of bees’ pesticide exposure came from non-cultivated areas, including backyard gardens.

CURWOOD: It’s Living on Earth, and I’m Steve Curwood. In a minute, one man’s weed is another’s urban pioneer, but first this note on emerging science from Jay Feinstein.

FEINSTEIN: 80 percent of pesticides used in the U.S. are sprayed on agricultural sites, according to the EPA. Environmental advocates often argue this is partly responsible for the recent widespread decline of honeybees. Yet, a new Purdue University study suggests that key to helping save these vital pollinators is what we do in our own backyards. 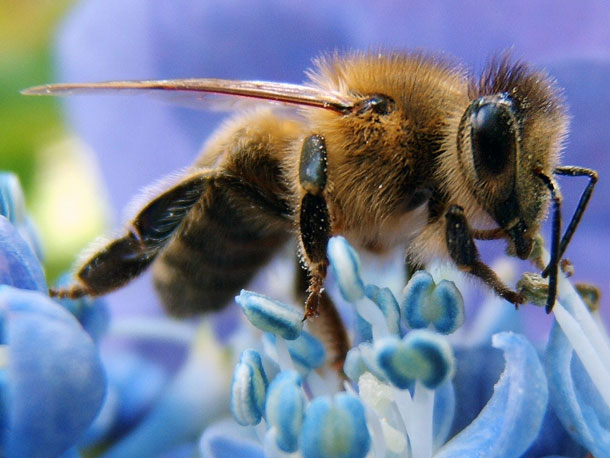 Scientists found that contrary to popular belief, most of the pesticide-ridden pollen bees gather may be from urban landscapes and non-cultivated plants. For 16 weeks, researchers collected pollen from bees at three different sites in Indiana and analyzed it for pesticides. They chose locations with wildflowers, shrubs and trees to test non-agricultural sites. Then, they tested different sites at the border of maize fields in areas that received chemical treatments such as the neonicotinoid Clothianidin and finally areas that received no treatments.

The researchers found that bees collected a much larger amount of pollen from the non-cultivated plants than from the food crops and that the samples from these uncultivated areas also contained a larger amount of pesticides. This suggests that pesticide exposure for bees in non-agricultural sites may be higher than previously thought and they found that pyrethroid insecticides, commonly used by homeowners to kill pests like mosquitoes, were present in the largest quantities and also likely cause the most harm to bees. 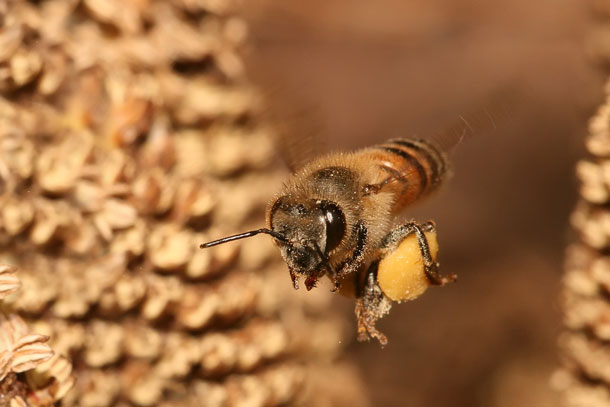 The scientists note that these results provide important information on bee foraging habits and bee hazards, along with tips gardeners might consider when treating their yards.


The Nature article about the study