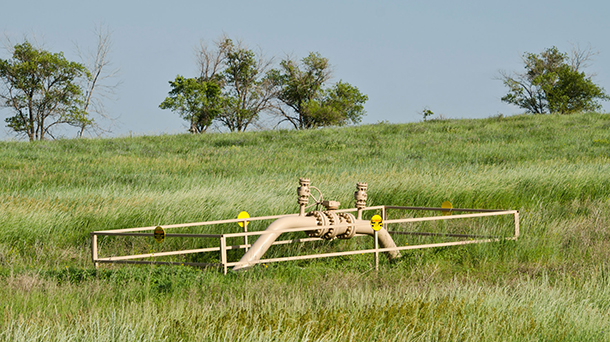 The shale oil boom has precipitated a growing network of natural gas pipelines in the U.S. – but along with that network comes more leaks. (Photo: Tim Evanson, Flickr CC BY-SA 2.0)

As federal and state governments attempt to reduce methane leaks from oil and gas operations, scientists are still trying to figure out just how much of it does escape from pipes, valves, tanks, and gas wells. The Allegheny Front’s Reid Frazier takes a road trip with researchers trying to pin down leaks in one of Pennsylvania's biggest drilling areas, and reports on the high tech detection methods scientists and companies are employing.

CURWOOD: It’s Living on Earth, I’m Steve Curwood. There are thousands of gas wells in the Marcellus Shale of Pennsylvania, Ohio, and West Virginia, and a growing number of pipelines moving that gas around the Northeast. But the infrastructure leaks the potent greenhouse gas methane at all stages of production and delivery. The Allegheny Front’s Reid Frazier tagged along with a team of scientists trying to figure out just how much.

ZIMMERMAN: There’s actually a blue line with the green line, but you can’t even see it anymore.

FRAZIER: Naomi Zimmerman is checking a computer screen inside a white van that looks like it came straight from an episode of Stormchasers. Zimmerman is leading a team of researchers from Carnegie Mellon University looking for methane here in the rolling hills of northeastern Pennsylvania. Computer monitors and expensive sensors are mounted inside the team’s van, wind and weather probes on the outside. All told, there’s a half million dollars of equipment on the rig. To start her day, Zimmerman must first make sure the team’s monitors are calibrated correctly. On a screen mounted to the dashboard. Zimmerman reads off her levels. 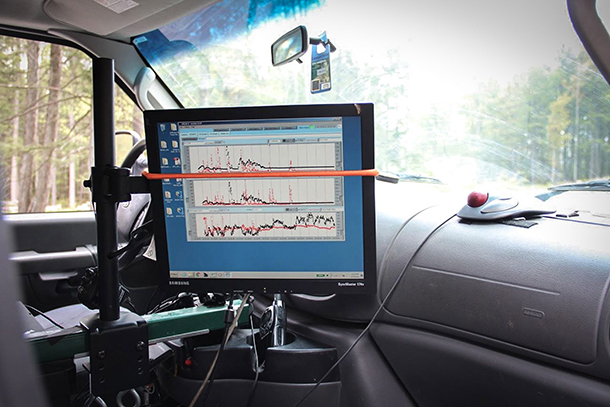 FRAZIER: With their rig checked out, the team is ready to roll. A few years ago, northeastern Pennsylvania was one of the hottest drilling spots in the country. Now, most of the rigs are gone. But there are thousands of wells already drilled. And the hills and dairy farms around the region are criss-crossed with pipelines, compressor stations and other infrastructure siphoning gas away from those wells. The team’s first stop is about half an hour away, next to a pipeline tucked onto the back edges of a local farm. They park their van, and turn on the equipment. A minute later, scientists Aja Ellis and Mark Omara see a spike on the levels in their computer screen.

FRAZIER: The team is picking up about 1.2 parts per million of methane, or about 12 times the amount they would normally see coming off of a well pad. Then, they see the levels go even higher.

ZIMMERMAN: It just went up to 9 per million. Wow. Wow.

ELLIS: So, this is a leaky pipeline right here… 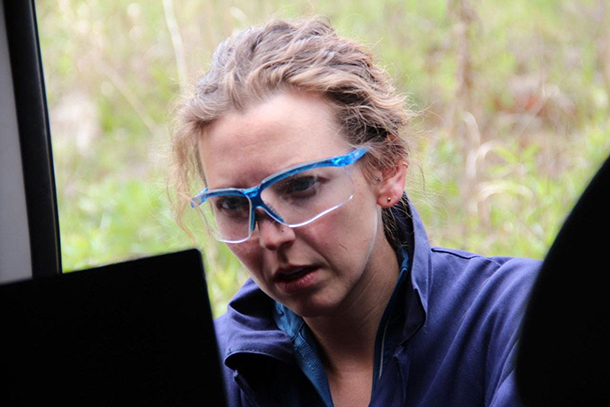 FRAZIER: These readings could help Zimmerman and other researchers answer what’s become an important question. How much natural gas is leaking into the atmosphere? One of the benefits of natural gas is that it when it burns it produces far less carbon dioxide than coal, a fuel that gas is rapidly replacing as a source for electricity. So if you’re burning gas instead of coal, that’s good from a climate change perspective. But, there’s a rub. Methane is a powerful greenhouse gas. So...

ZIMMERMAN: If you're not burning the natural gas, and you're releasing sort of pure methane into the atmosphere...the methane has a much higher global warming potential than carbon dioxide... on sort of a 25 year time scale.

FRAZIER: Zimmerman’s colleagues at Carnegie Mellon have found the EPA has been underestimating methane leak rates for years. But they’re still not sure exactly how much of it is escaping the country’s oil and gas system. Why can’t they figure this out? One reason is the sheer number of places where gas can escape. Mark Boling is a vice president for Southwestern Energy, one of Pennsylvania’s largest natural gas producers. 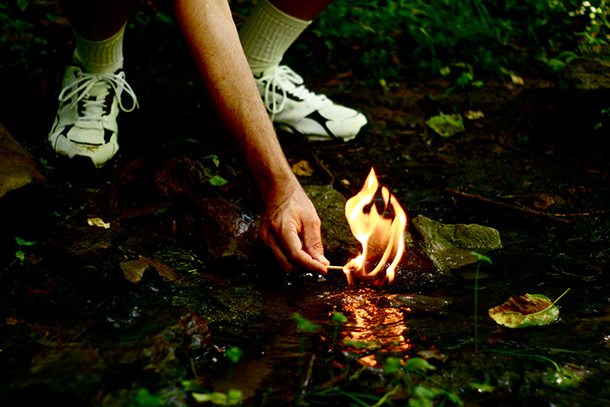 BOLING: Unlike other areas of power plant emissions, CO2 from power plants. We're not talking about one big facility that you have one stack and say,“there's your source it's coming out there.”

FRAZIER: Instead each step of the natural gas network contains hundreds of places where gas could escape. Boling’s company cooperated with the Environmental Defense Fund on several studies to better understand methane pollution. He says spending money on equipment that can prevent methane leaks is good business for his company.

BOLING: That methane we can save from going up into the air and going into a pipeline, whatever we get for that will help defray the cost.

FRAZIER: The EPA and several states, including Colorado and Pennsylvania, have begun implementing methane regulations on the oil and gas industry. Boling resists these types of regulations because they prescribe equipment for companies to use that may not be necessary or effective.

BOLING: You're basically telling them,“I have 100 different sources, 20 are the problem, but I want you to replace all 100.”

FRAZIER: He says it’s better to let companies decide how to reduce their own emissions. And there’s evidence that companies are starting to take methane pollution seriously.

The Hunt for Methane Leaks Goes High-Tech from The Allegheny Front on Vimeo.

FRAZIER: That’s audio from a satellite launch in India this June. Aboard the rocket was a satellite called ‘Clair’, equipped with high resolution methane sensors. Stephane Germain is CEO of GHG SAT, the Montreal-based company that launched the satellite. His clients include ExxonMobil and Shell. Germain says these companies can make money with this data, because in Canada they’re already subject to a carbon pricing system.

GERMAIN: Industrial operators would be financially motivated to better understand their emissions. So that they can control them and ultimately reduce them. Because really what they’re doing at that point is reducing their own financial risk.

FRAZIER: Using satellites to measure greenhouse gases is a technique NASA has used for years, but with improving sensors, they may become more important in the search for methane leaks. Daniel Jacob is a Harvard climate scientist who uses satellites to measure methane in the atmosphere above the United States. Jacob says satellites could be an early warning system to help on-the-ground teams find and fix leaks.

JACOB: Satellites can provide you with detection. They can tell you - Aha - you got a hot spot here. And then once you figured out from space you have a hotspot then you can dispatch ground-based instruments or maybe low flying aircraft to figure out where this methane is coming from.

FRAZIER: Jacob’s last paper used satellite data with a resolution of 10 square kilometers. His current project is using Clair, which has a resolution of just 50 meters. Clair is scheduled to start sending methane readings back to Earth this fall. I'm Reid Frazier.


Read the story on The Allegheny Front