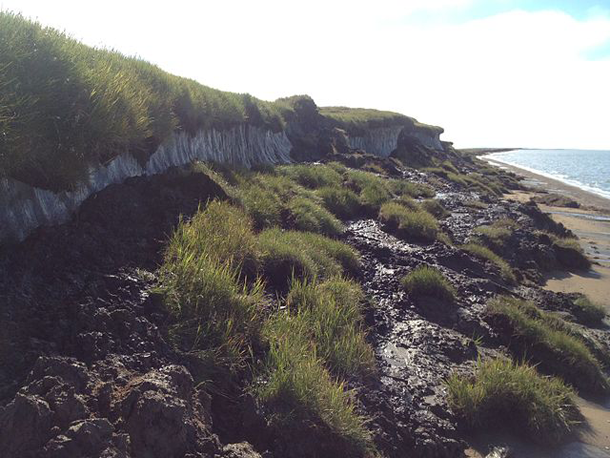 As much as 70% of the surface permafrost in the northern hemisphere may be gone by the end of this century. (Photo: Awing88, Wikimedia Commons CC BY-SA 3.0)

CURWOOD: From the Jennifer and Ted Stanley Studios at the University of Massachusetts in Boston and PRI, this is an encore edition of Living on Earth. I’m Steve Curwood. The thawing of the permafrost in the far north is part of ‘growing irreversible feedbacks from the poles to Mount Everest,’ and we are ‘reaching thresholds where only a new ice age reverses impacts.’ That’s the message scientists have been giving to climate negotiators -- that we are at risk of slipping into runaway global warming. Sue Natali of the Woods Hole Research Center in Massachusetts, was part of the team whose alarming projections suggest a ‘permafrost carbon feedback.’ She joins us on the line now – welcome to Living on Earth!

NATALI: Thank you very much. It’s great to be here.

CURWOOD: So, first of all, what's permafrost?

NATALI: Permafrost is perennially frozen ground. It's ground that remains frozen for two or more consecutive years. In some areas, permafrost has been frozen for up to 40,000 years. Permafrost can comprise any material that's in the ground that's below zero degrees Celsius, so it can contain rocks, frozen soil, organic material, so that you can find whole plant parts or trees or tree roots; you can find frozen bones. 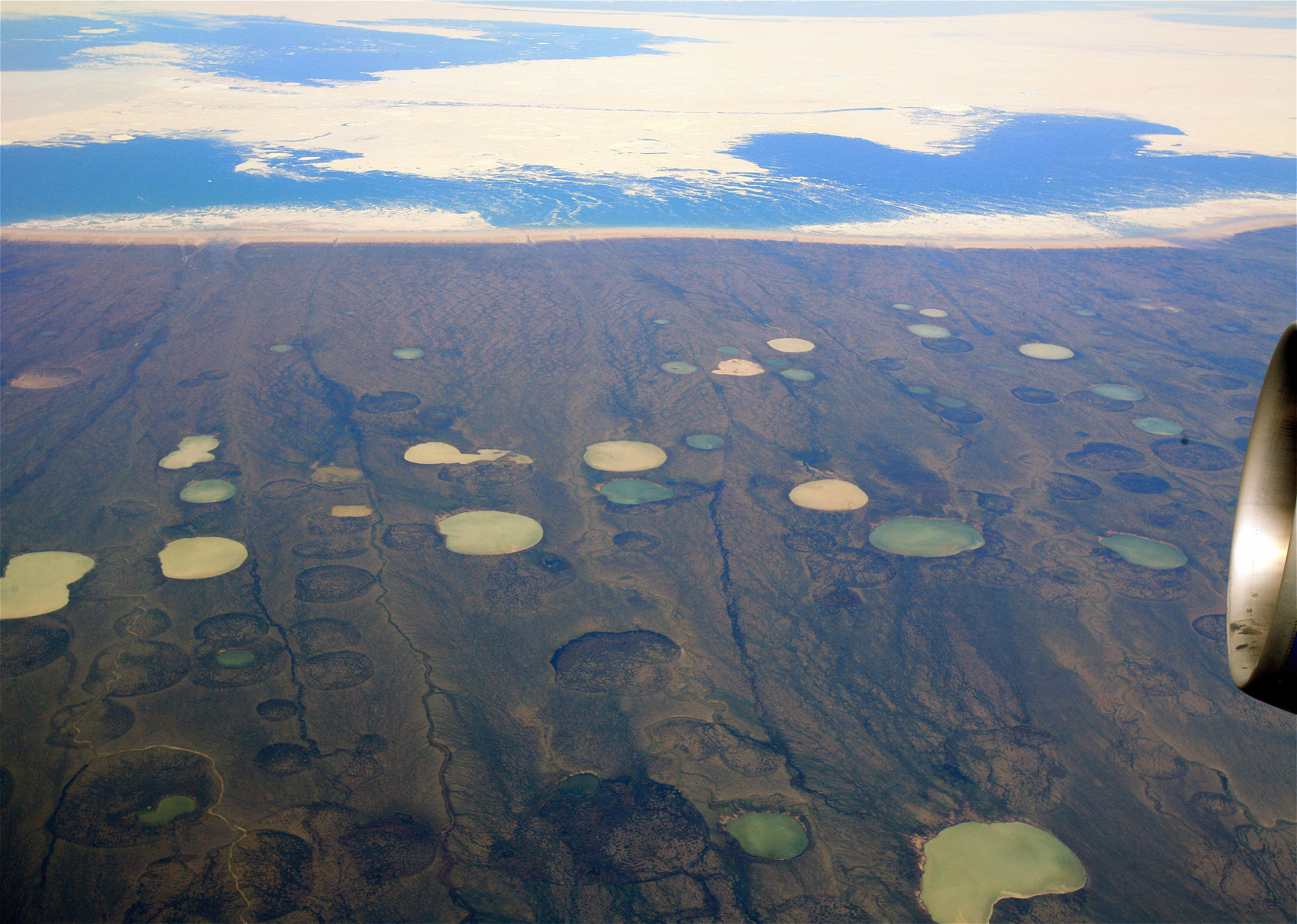 Melting permafrost can create thaw ponds like those above, near Hudson Bay. (Photo: Steve Jurvetson, Wikimedia Commons CC BY 2.0)

CURWOOD: What happens when permafrost starts to thaw?

NATALI: So one of the things that happens when permafrost thaws is you can get ground collapse, or ground subsidence, and the reason for that is because permafrost contains ice. When the ice melts, the ground can collapse. The other thing that can happen is if permafrost completely thaws, so that you get a breach, total breach in the permafrost layer, you can get drainage of groundwater and this can lead to drying. One of the things that we're seeing in boreal and Arctic regions is an increase in fire. If the soil dries, this may further amplify this increased fire frequency.

CURWOOD: So how does permafrost affect the global climate?

NATALI: Permafrost thaw affects global climate because there's currently a vast storage of carbon that's frozen in permafrost. 1:29 So our current estimate is that there's about 1,500 billion tons of carbon in permafrost. That carbon is frozen. It's in the form of organic matter, so when the permafrost thaws, microbes decompose or eat that organic matter, and just as we respire carbon dioxide, so do microbes. So microbes release carbon dioxide into the atmosphere, and they also release methane. And methane is important because it's a much more potent greenhouse gas than carbon dioxide. 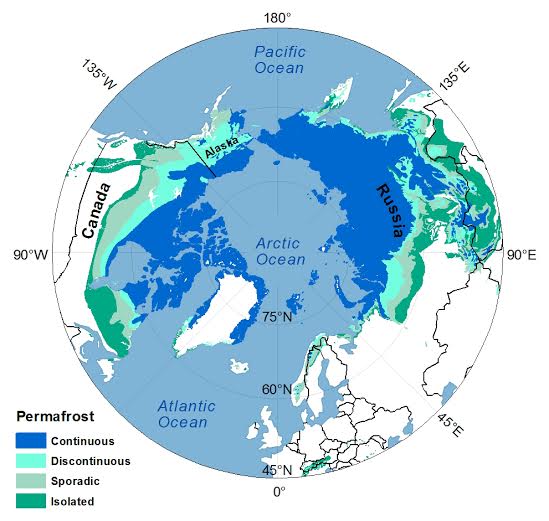 CURWOOD: So why is it thawing?

NATALI: Permafrost is thawing as a result of climate change. In the Arctic, the air temperatures are warming twice as fast as the rest of the planet, and this is projected to continue into the coming decades and centuries.

CURWOOD: How much permafrost is there?

CURWOOD: And how much of it do we expect to lose? 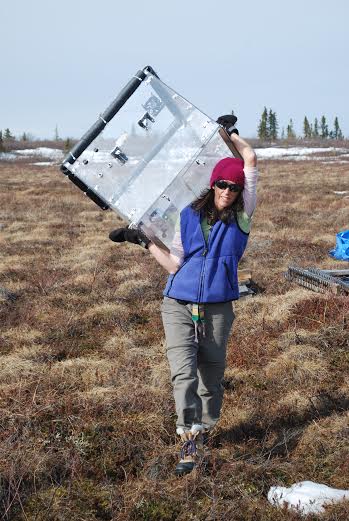 CURWOOD: What are we talking about in terms of carbon winding up in the atmosphere here? How might this affect the whole planet?

NATALI: Right. So if 70% of our permafrost thaws, our current estimate is that by the end of this century, we can expect to lose 130 to 160 billion tons of carbon from permafrost as a result of thaw. So to put that in perspective, in 2013 the United States emitted 1.4 billion tons of carbon from fossil fuel combustion and cement production. Greenhouse gas released from permafrost regions is on par with emissions from the United States.

CURWOOD: So how does the carbon in the permafrost compare to other sources, other places, where carbon is on the planet?

NATALI: The amount of carbon in permafrost is almost twice as much carbon as is currently contained in the atmosphere. There's three times more carbon stored in permafrost than is contained in the world's forest biomass on a global scale, and the amount of carbon in permafrost is on par with our current estimates of fossil fuel reserves. And the thing that I think is important about these numbers is that when we think about the world's forests and deforestation, in theory, we can control deforestation and land use change. We can control our fossil fuel emissions, but once permafrost starts to thaw, we cannot control how much carbon dioxide and methane is released by microbes into the atmosphere from thawing permafrost.

CURWOOD: How much is the release of carbon from permafrost factored into the current climate negotiations?

NATALI: Permafrost carbon emissions were not included in the last IPCC report, but scientists are working to incorporate permafrost carbon release into Earth system models, so that our next climate projections can include this additional carbon loss as a result of permafrost thaw.

CURWOOD: So you're not a climate modeler, Dr. Natali, but if you factor in permafrost thaw to climate projections, how does that change things do you think? 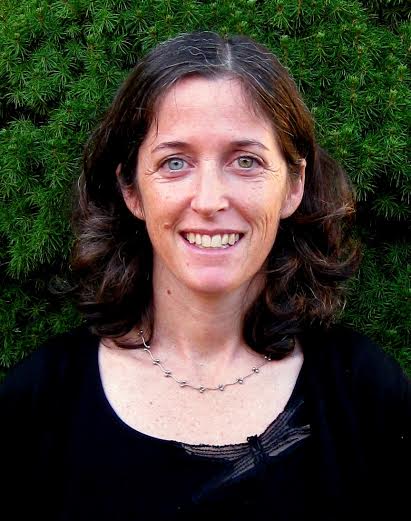 NATALI: Well, international negotiators had set two degrees Celsius as an upper limit, an acceptable level of climate change. To remain below the two degrees Celsius target, our total emissions are limited to 790 gigatons, or billion tons, of carbon. We've already released about 500, so that leaves us a little under 300 billion tons. We can expect 150 of that to be taken up as a result of permafrost thaw. So this makes it very challenging for us to stay below this two degrees Celsius. Even under our lowest emissions scenario, we're pretty close to 2.2 degrees Celsius. We're about a quarter of a degree away from that. Factoring in permafrost emissions is extremely urgent, and what this means is this puts greater urgency on reducing our fossil fuel emissions.

CURWOOD: So, alright, I'm sitting down, you can tell me, if we get all the carbon in the permafrost into the atmosphere, how warm is our planet, do we know?

CURWOOD: Sue Natali is a Permafrost Expert with the Woods Hole Research Center and co-author of a paper recently published in “Nature.” Thanks so much for taking the time with us today, Sue.

NATALI: Thank you so much for having me.

About permafrost from NOAA