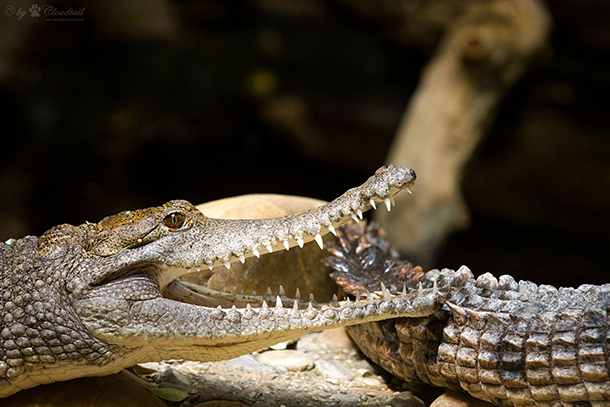 The index states that freshwater species will bear the brunt of forces that reduce population globally. (Photo: Cloudtail the Snow Leopard, Flickr CC BY 2.0)

This year’s Living Planet report from the World Wildlife Fund documents nearly a 60% decline in wildlife populations since the 1970’s and warns that two thirds could be gone by the year 2020. Living On Earth Host Steve Curwood discussed the implications with WWF scientist Colby Loucks.

CURWOOD: It’s Living on Earth, I’m Steve Curwood. The World Wildlife Fund and the Zoological Society of London release a Living Planet report every two years or so that assesses how the natural world is coping with the stress of rising human population. It’s a grim trend. This year they report global wildlife populations have already declined by almost 60 percent since the 1970s, and the losses continue. Colby Loucks is the senior director of the Wildlife Conservation Program for WWF, and he joins us now to explain. Welcome to Living on Earth.

CURWOOD: So, in brief, tell me what are the findings of this Living Planet report?

LOUCKS: The big findings are that we've seen a 58 percent overall decline in the population sizes from 1970 to 2012. So, what that is, is if in 1970 you looked out your window and saw 100 of your favorite species out your window, today you would only see about 42. So, in a single population there's a 58 percent decline, but that's averaged across over 3,700 vertebrate species.

CURWOOD: So, in other words I look outside the window now where I used to see 100 crows and they are noisy, and now I'm just seeing 42. And then in my pond where there used to be 100 frogs, now there are way less than 42.

LOUCKS: Yes, that's a good point, and the fresh water loss is tremendous, and so in your pond if you saw 100 frogs, now you might only see 19.

CURWOOD: Wow. So what was the data your analysts used to put this report together?

LOUCKS: Well, most of the data comes from published scientific literature. There's many many researchers around the world and research organizations that are monitoring their own individual populations, so it's basically collecting all that information and putting it into the analysis. 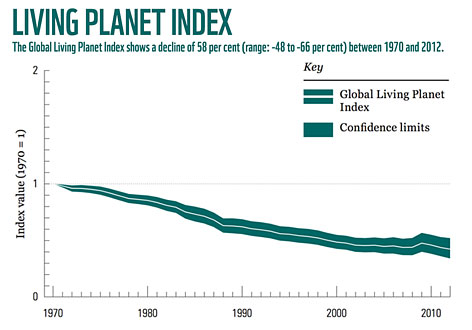 The Living Planet Index charts a steep decline in biodiversity in the late half of the 20th Century. (Photo: World Wildlife Fund)

CURWOOD: What are the factors that are driving these rapid losses in wildlife?

LOUCKS: Well, the overall, major, number-one driver is just the habitat loss. In the simplest terms you could think of a forest being converted to a farm. Also, for a lot of the wildlife, the number-two driver of loss is overexploitation, which is fancy word for saying, just taking too many out of them. So, on the terrestrial side of things, that is going to be poaching. In the marine areas, it's usually overfishing. And then, if you add maybe three more of the big drivers, it’s going to be pollution, especially bad for freshwater, and then invasive species and then finally climate change. So, there's sort of like the five Horsemen of the Apocalypse for populations that are in decline.

CURWOOD: Talk to me about what species are crashing the fastest?

CURWOOD: Now, talk to me about the regions of the world that you think will most likely have the biggest species loss.

LOUCKS: Well, it's interesting. Historically a lot of the species loss may have come from the areas of the temperate zones, so North America, Europe and Russia, where there's just a lot more people over hundreds of years, thousands of years. And so that's certainly in place, but that's also the regions where we've started seeing some rebounds in some of the wild cats that are in parts of Europe. On one hand, we have that kind of a dynamic going on. On the other hand, you have a lot of the tropical areas that are being converted from forest, tropical forest, to agriculture, or some of those rivers are finding new dams. So, those are probably the areas where we're going to see increases in declines. Also the tropics just have more species in them than the temperate forests.

CURWOOD: So, at this rate of decline...You know, I'm trying to do some math here…How wrong am I? It looks like this research would indicate we would just be out of wildlife by the middle of the century.

LOUCKS: Population sizes are getting smaller, but they're not necessarily going extinct locally. So, the fancy word for that is "extirpated". So, there's still going to be wildlife, but what there are, you're just seeing smaller numbers of those same populations, but the populations will still be there.

CURWOOD: So some has been critical of the metrics of your study, say it oversimplifies a very complex problem. From your perspective where does the value and the merit of this report’s data lie? 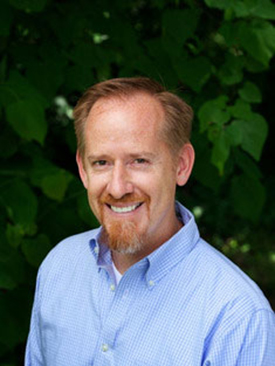 LOUCKS: It is a challenge. So, what we have is a single number, 58 percent decline in populations, and so the challenge is to try to portray this information that can be digestible, and I think it's not too different from other major numbers that we hear about such as gross domestic product, right? So the GDP...GDP is the economic output of a country, and most people can understand that ranges from Apple to your local florist in the basement of our building here. They're very different, but they also have this economic output. Same with the Living Planet Index. So, we have elephants in Kenya to salamanders in West Virginia, and so it's trying to capture and give you a taste in the sense of what is happening.

CURWOOD: Colby, you sound all very calm telling us this story, but it sounds pretty scary to me.

LOUCKS: [LAUGHS] Yeah, you have to have a bit of optimism in this field and you have to take a lot of negative news, but you have to find the positive places where you can succeed, and, yeah, there's a lot of areas for improvement individually to governments.

CURWOOD: Colby Loucks is the Director of the Wildlife Conservation Program for the World Wildlife Fund. Thanks so much for taking the time with us today.

LOUCKS: Thank you. It's been an absolute pleasure