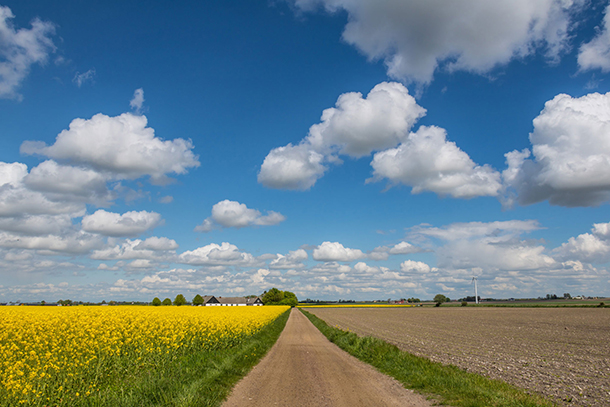 For the millennial generation, nature is not the pristine grand wilderness it was for writers like John Muir. But they are relating to the natural world in new ways, and in this essay from Coming of Age at the End of Nature, writer Megan Kimble dissects her growing concern about the efficacy and ethics of creating “artificial rain,” through a process known as cloud seeding.

CURWOOD: More than a century ago the powerful nature writing of John Muir and Henry David Thoreau and others inspired the protection of some of the most scenic treasures of the American landscape. But ever since Bill McKibben wrote “The End of Nature,” in 1989, there’s a new realization that no part of the landscape is untouched or unaffected by humans. Writers of the millennial generation came of age in the shadow of this mediated nature, often growing up in urban landscapes, during economic recessions, where the “end of nature” can seem all too real. And a recent anthology of essays by millennials, called Coming of Age at the End of Nature, shows them engaging in new and urgent ways with their surroundings. Today we have another of these essays.

KIMBALL: Hi, I'm Megan Kimball. I'm a writer living in Tucson, Arizona, and here is an excerpt from my essay, "The Wager For Rain".

On a Monday morning in September I am reading a layperson's guide to Arizona water, and I am stopped in my tracks by the dream of cloud seeding. I'm a layperson in both senses of the word, neither an ordained minister of a church nor a professional academic, but I suppose that the University of Arizona's water resource center does not intend to confer religious overtones to the subject of creating water in the desert. 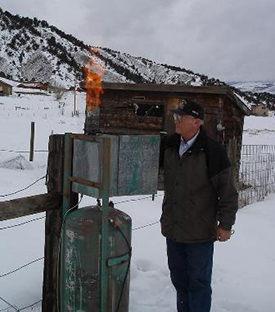 Water officials predict a very precise 25 percent chance that water supply won't meet demand within the next 10 years, but we are reassured. "Scholars believe that when the Hohokam population grew beyond its ability to stretch its limited water supplies, the civilization failed, but these early desert dwellers lacked the technological resources of contemporary water managers, and Arizona is now developing new ways to manage and extend this scarce resource.

I scrawl in the margin, "But this won't happen to us. Technology will save us." I realize it is the resources of contemporary water managers that allow water to flow freely out of my faucets, but alone in my apartment it is too easy to criticize human hubris.

"One technology is cloud seeding. Cloudseeding injects chemicals such as silver iodide into clouds to allow water droplets or ice crystals to form more easily, increasing precipitation." I have never heard of cloudseeding, and I am scandalized or entranced by the idea. It is as if I was not the only wide-eyed seven-year-old how believed in the possibility of man-made rain.

Though cloudseeing has been appropriated by academics at the University of Arizona and elsewhere, it's hardly the first attempt to stir up rain in the desert. Cloudseeding is technological rainmaking. Starting with the first people who settled here, the Hohokam, indigenous civilizations have practiced elaborate ceremonies to entice rain from the clouds.

We may well dismiss the rainmaking as the religion of a failed civilization but the Tohono O'odham, another people who have lived off the desert land for centuries, are very much still live and flourishing and continue to perform rainmaking ceremonies every year. Music, cactus wine, and dancing are the seeds to their clouds. Maybe I am stopped in my tracks on a Monday morning because, contained within this layperson's guide, cloudseeding feels no less religious to me than a raindance. 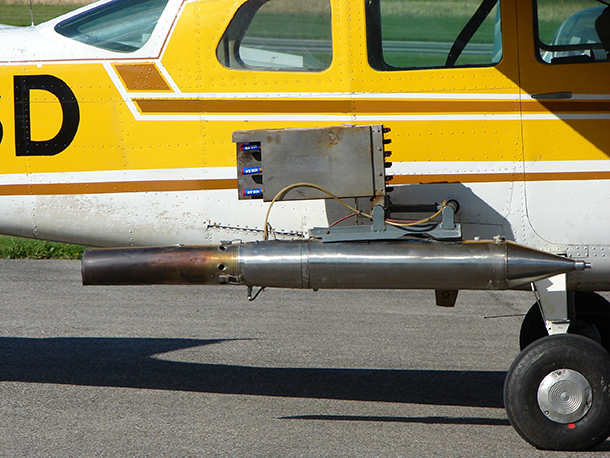 You know, people refer to the church of cloudseeding, people refer to the believers in cloudseeding. I had one scientist say that when I said, "Do you believe in cloudseeding?" He said, "I'm an agnostic." The western United States are spending about $15 million on cloudseeding, and still there is no consensus in the scientific community about whether or not it works. Water droplets form around something called the condensation nuclei, and usually those are ice crystals or particulates in the air, and cloud seeding is artifically injecting those condensation nuclei into the atmosphere. So, seeding involve injecting particles, which is typically silver iodide, into the clouds to provide this nucleus around which rain can gather and then fall.

Since the 1970s, scientists have been trying to measure how much rain falls when you seed clouds, um, and the problem with that is that you can throw up a bunch of silver iodide, and you can measure how much rain falls. But what you can't measure, what is significantly harder to measure, is the rain that wouldn't have fallen if you didn't see the cloud, and you also can't measure where that rain wouldn't have fallen otherwise had you not made it rain in this particular place. 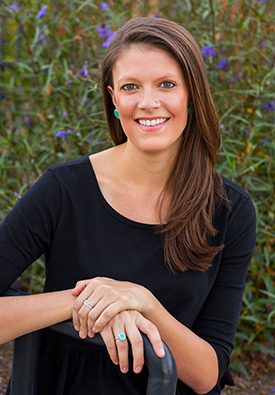 Megan Kimble is a writer and editor of the magazine Edible Baja Arizona (Photo: Megan Kimble)

[MUSIC IN THE BACKGROUND]

You know, there's an adage in the west that water flows toward money, and this is an example where we have decided that rain is going to fall on money. We've created legislation to divvy up ground water in rivers, but we have no regulation over who controls the sky and who has access to rain. So, you have to have $15,000 on the smallest scale to get a silver iodide machine to cloud seed. So what does that mean in terms of people who don't have that kind of money? Farmers who, one neighbor is going to seed his clouds, and then the the farm adjacent to him isn't going have access to that rain. There are also much larger scale programs by ski resorts, for example, in the Colorado Rockies. Lots of western states have million-dollar weather modification programs.

I feel very skeptical that technology will save us. Cloudseeding is a good example of how we deploy technology, convinced that it will work, that it will produce more rain, and we haven't measured that to be true. Not heeding the examples of civilizations like the Hohokam and the O'odham -- When you run out of water and your civilization collapses -- is a great example of pride that makes me really nervous.

CURWOOD: That’s writer Megan Kimble. Her essay is part of the collection “Coming of Age at the End of Nature, A Generation Faces Living on a Changing Planet.”

Article from Bloomberg on the growing cloud seeding industry