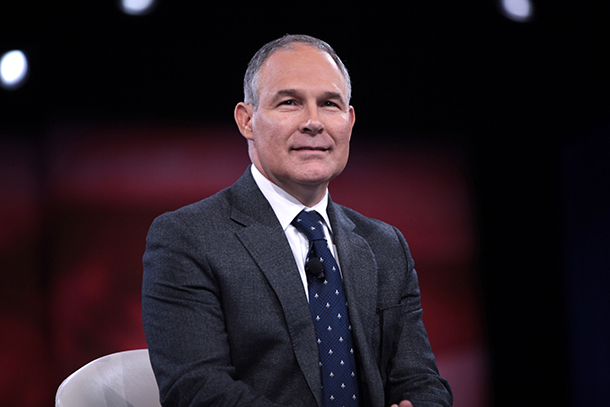 CURWOOD: It’s Living on Earth, I’m Steve Curwood. Time to catch up with Peter Dykstra of DailyClimate.org and Environmental Health News, that's EHN.org. Peter joins us from Conyers, Georgia. Hi, Peter, I guess you have lots to tell us, including what’s going on with Donald Trump and his cabinet choices.

DYKSTRA: Hi, Steve. Yeah, you bet I do. Let’s first put this into perspective. Back up to just over a month ago. Most environmental advocates not only expected a Hillary Clinton presidency, but held out hope that her party could reach a majority in the Senate and make that body a lot greener.

CURWOOD: And of course we know neither of those things happened, huh.

DYKSTRA: So let’s look at the start of the past week. A shocker, with former Vice President Al Gore visiting Trump Tower on Monday and ending up talking climate change with the President-elect who at one point called it all a hoax, but more recently told the New York Times he has an open mind about climate.

CURWOOD: Raising new hopes among many of the same environmental activists.

DYKSTRA: Al Gore got a meeting, and good for him for trying. But 24 hours later, ExxonMobil CEO Rex Tillerson visited Trump for an audition for Secretary of State.

CURWOOD: Huh, that’s interesting. He’s the man who runs a company that’s under fire for allegedly misleading investors and the public about Exxon’s own research on climate change.

CURWOOD: So if confirmed, he’d be expected to turn the EPA around 180 degrees.

DYKSTRA: Or I think his critics might say, asking Scott Pruitt to lead the EPA is kind of like hiring a tornado to run your storm shelter.

CURWOOD: Well, give us some examples, then.

DYKSTRA: Much has been reported, not just in the past few days, but over Pruitt’s six years as AG in Oklahoma about his loyalty to the oil and gas industry, and the industry’s financial support for Pruitt. Not only is he regarded as a main architect behind the assault by state attorneys general on EPA’s Clean Power Plan, he’s also sued the agency he’s now expected to lead over air pollution and fracking rules, among other things. He has also issued flame-throwing statements about EPA usurping states’ rights in protecting the environment while he preaches climate denial. I found another obscure item from Pruitt’s career.

DYKSTRA: His predecessor as Oklahoma AG, Drew Edmondson, had sued the state’s poultry industry for water pollution in 2005. There was no resolution in the case by 2010, when Pruitt was elected with financial support from Big Chicken. And 11 years after the case was filed, the federal judge hasn’t budged, and Mr. Pruitt, now the Plaintiff, hasn’t pressed the case. The bottom line is that there’s outrage among environmental activists and Senators like Bernie Sanders and Tim Kaine, who promise a stormy and question-filled confirmation hearing, even though they almost certainly can’t muster enough votes to block his confirmation.

CURWOOD: Now, Peter, you usually flip back through the history calendar. What you got for us today? 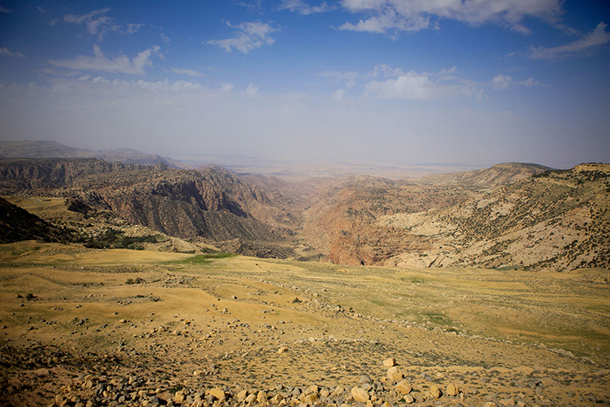 DYKSTRA: Well, over the past couple of centuries we’ve gotten pretty good at putting bad stuff in rivers. Great rivers like the Thames were open sewers dating back to medieval times. More recently, oil, industrial waste, toxic algae, and more in recent years, making India’s most sacred river, the Ganges, a serious health risk. And of course, you’ve got Cleveland’s Cuyahoga River, which frequently caught fire and burned in the '50s and '60s. But new research says we may have been ruining rivers since at least the end of the Stone Age, 7,000 years ago.

CURWOOD: I knew we were good at messing up rivers, but I had no idea we were that experienced at it.

DYKSTRA: Apparently we are. Researchers at the University of Waterloo in Canada tested a riverbed in southern Jordan, where the locals made copper by a primitive method of smelting, heating and burning copper ore. The waste they left behind contained heavy metals including copper residues, lead, zinc, cadmium, arsenic and mercury. This likely created some whopping health problems for the earliest people of the Bronze Age, but the contamination that can still be measured in this now-dry riverbed suggest it pretty much killed off a river as well.

CURWOOD: Wow, 7,000 years ago. Peter Dykstra is with Environmental Health News, that’s EHN.org and DailyClimate.org. Thanks Peter, we’ll talk to you soon.

DYKSTRA: Thanks, Steve. Talk to you soon.


93 stories from the EHN archive on Scott Pruitt