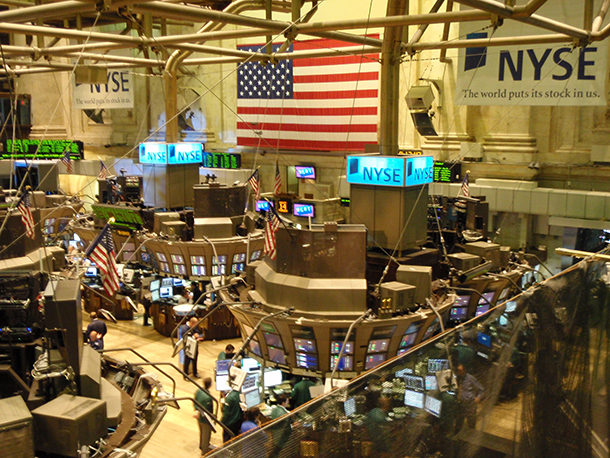 CURWOOD: People close to the stock market like numbers, and there is a new one that might catch their attention - 2.5. That’s the size in microns of the tiny particles of air pollution that researchers at Columbia University say seem to change investor behavior, at least in New York City. When amounts of 2.5 particulate pollution goes up the market goes down by small but measurable amounts, says Professor Matthew Niedell. Here’s what his team was looking at and how levels of 2.5 PM pollution in Manhattan air could move the stock market.

NIEDELL: In this research what we're doing is building a lot of previous research that has been finding various effects of air pollution on the well-being of humans beyond just health. So, in this study what we wanted to do was look at its impacts on investors at the New York Stock Exchange and the relationship between fine particular matter and returns on the S&P 500.

CURWOOD: When we talk about these particulates, what exactly we talking about?

NIEDELL: So, fine particulate matter are very small particulates less than 2.5 microns, something that you can't see with the human eye. They come from natural sources such as forest fires and volcanoes but a lot of what we see in cities comes from combustion of fossil fuels. Given how small they are they're able to penetrate deep within our body, they pass through our lung barrier and into our blood where they can have effects that way. Because they're so small, that also makes them penetrate from outdoors to indoors.

CURWOOD: And I understand that you looked at the time of day that people are exposed to this?

NIEDELL: Right, so what we did was we had an air pollution monitor that was very close to the Exchange. Through that monitor, we had hourly measures of air pollution, and we were able to look at the particular hours at which air pollution was reaching a certain level and look at the returns on the S&P 500 on that day.

CURWOOD: So, what surprised you the most about these results?

NIEDELL: So what surprised us the most was the fact that we found any relationship at all. We had a small, little inkling that there might be a relationship between these two, but we were going a bit on a whim. There's a story for why there could be a relationship, but it wasn't the strongest story in the world and we were surprised to find as robust of an effect as we found. What's interesting about this is that in New York City the air quality is actually surprisingly good. So, if we're doing a study in Beijing or we're doing something in London, where air quality is generally worse, we might see much bigger changes.

CURWOOD: What was the story that suggested there might be something to be found here?

NIEDELL: So, the main story that we had in mind was that air pollution would be related to the mood and the cognitive performance of traders. There's evidence that suggests when people's mood drops, or their cognition underperforms that they tend to become more risk averse in the decisions that they make. They go away from from stocks and shift toward bonds. Bonds are kind of safer bets, and stocks are riskier bets. So, if people are going away from stocks and going to bonds, we would see the price of the S&P 500 drop. It's not something that we've definitively proved in the study. What we do is, we look at something called the volatility index, which a lot of people use as a measure of trader fear, and what we find is that on days with higher fine particulates, we also see a decrease in that index which is used to indicate that there's an increase in trader fear and we think that's suggestive of risk aversion being what's driving the results. 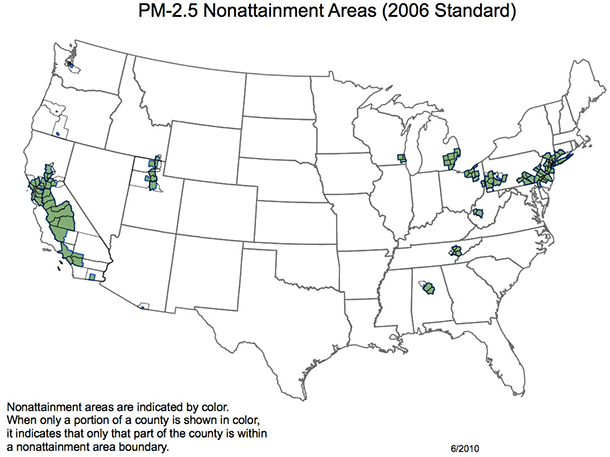 CURWOOD: How big a deal is this, when you say that a lot of PM2.5, those fine particulates in the air would depress the return on the S&P 500, and at the New York Stock Exchange? Just how much of a depression there?

NIEDELL: The effect isn't very big. A very large change in particulate matter is only leading to a pretty moderate to small size effect on returns. What we think is important about it is two things. So, the first is that there's a strong held belief that stock markets work efficiently, something called the efficient market hypothesis, that the price of a stock solely reflects the expected future profitability of a firm, but our research shows, which other research has shown before, is that there's more to it than just that. There's a role for moods and emotions and things like that in affecting a stock price. The other thing that we think is interesting from a policy perspective is pollution is affecting the performance of workers in a sort of high skilled occupation in a very knowledge-based setting and we think that has important implications for the effects on the economy in a broader level.

CURWOOD: Interesting. Now, as my friend Dave Brancaccio is fond of saying, let's do the numbers. How big is this effect on a really big day?

NIEDEL: On a really big day if particulate matter goes from the bottom 25th percentile, or the best quartile, to to the worst quartile, to 75th percentile, we would see that returns would decrease by two basis points, which is a .02 percent decrease, so it's not the most enormous effect, but we do see them. They are statistically significant effects, and they are somewhere in magnitude to the effects from other things that have been shown to affect returns.

CURWOOD: And when you say basis points folks might think of that as simply two cents on a dollar. People make a lot of money on Wall Street squeezing, you know, a 10th of a penny out of transactions consistently.

NIEDEL: They do. They do. And it's interesting because we actually had that same idea to say, hey, can we use this as a way to make money off of this? If we know something about air pollution that the traders don't know.

Contrast between a rainy day and a smoggy day in Beijing, where Prof. Niedell suggests the effects of particulate matter on trading behavior may be more extreme. (Photo: Bobak Ha’Eri, Wikimedia Commons CC BY-SA 3.0)

CURWOOD: How much, over time, do you think a savvy trader who knows of the effects of fine particulate pollution on the minds of traders there at Wall Street...How much money do you think could be made by somebody who is willing to short the market on those days?

NIEDEL: So, at this point it would hard for people to make money off of it. The way we see people make money in the stock market is if they have some information that other people don't have. So if you knew something about what air quality was going to be an area, and you knew that it would affect stock prices then that might be an opportunity for somebody to make money off of it. But in this case, now that this research is out in the public, everybody has access to this information. So, it's not clear that somebody would have an advantage in using this information. 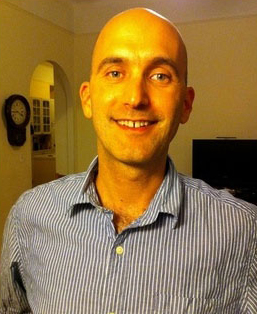 CURWOOD: Now, you study public health and the economics of it. If fine particulates are having this kind of impact on the minds of folks who are trading stocks, how might this be affecting the rest of our economy when we have this kind of pollution?

NIEDEL: Well, that's what we thought was the particularly interesting aspect of this study. It could possibly be affecting everybody. There's been previous work looking at particulate matter and its effect on workers in sort of a manual, more physical labor settings, and this is showing that this work doesn't just apply to people that are in that sector, but it applies to a much broader sector so these effects could be affecting everyone, even the two of us on a day like today depending on what pollution levels are like.

CURWOOD: Matthew Niedell is Associate Professor of Health Policy Management at Columbia. Thank you so much for taking time with us today.

NIEDELL: All right. Thanks a lot for having me.


“The Effect of Air Pollution on Investor Behavior: Evidence from the S&P 500”

“Particulate Pollution and the Productivity of Pear Packers”