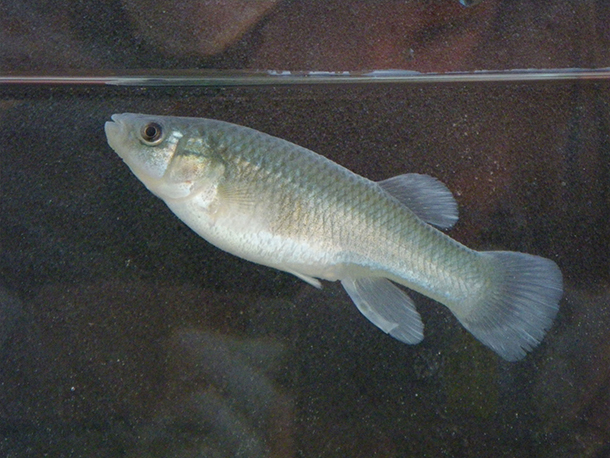 The Atlantic Killifish has a much more muted color than its vibrant siblings in South America. (Photo: Fishes of Georgia Photo Gallery, Flickr CC BY-NC-ND 2.0)

In a world of increasing pollution from humans, the Atlantic Killifish seems to have the skills to survive, and even thrive. Thanks to genetic variation, this small fish has evolved to become nearly 8,000 times more resistant to toxic environments than other fish, as Aidan Connelly reports in this week’s note on Emerging Science.

CURWOOD: In a moment, a look back at some of the headlines of 2016, but first this note on emerging science from Aidan Connelly.

CONNELLY: Environmental conditions have guided all evolution on earth. But ever since humans became the dominant species, we’ve extended our reach to the natural world. From domesticated dogs, to dodos driven extinct–increasingly, creatures must adapt in order to survive humans.

Case in point: the killifish. This sleek, unassuming fish is only about three inches long, and can be found throughout the Americas, from the coast of Argentina all the way up to Ontario. But in New Bedford harbor, in Massachusetts, one population of Killifish has been bathed in toxic runoff from nearby factories for decades. 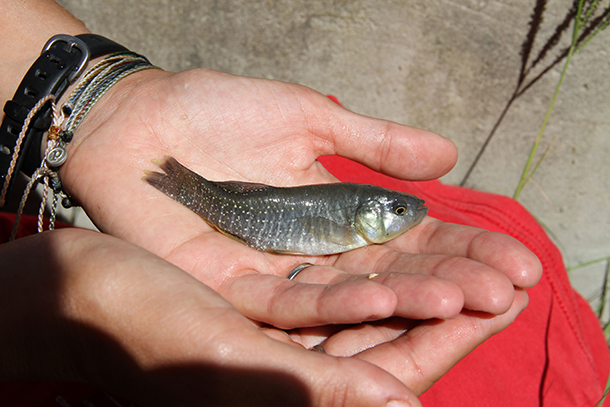 Even a species as adaptable as the Atlantic Killifish can only survive human interference to a point. (Photo: Fishes of Georgia Photo Gallery, Flickr CC BY-NC-ND 2.0)

The pollution should have wiped the fish out – but instead, a study led by the University of California, Davis, shows that these Killifish, and others in similarly toxic environments along the East Coast, have thrived. The receptor in their brains that should’ve been damaged by the toxins, instead became more resilient. To get an idea of just how tough they are – scientists estimate these killifish to be 8,000 times more resistant to lethal levels of pollution than any other fish.

Researchers point to extremely high levels of genetic variation in killifish as the reason for their rapid evolution. Increased variation boosts the chances that survival genes will develop and thrive.

But while killifish have been able to adapt to pollution in their ecosystem, most animals don’t enjoy the same degree of genetic variation, and are far more vulnerable. So scientists say the task of protecting ecosystems and preserving wildlife, should fall on our shoulders – not their fins.