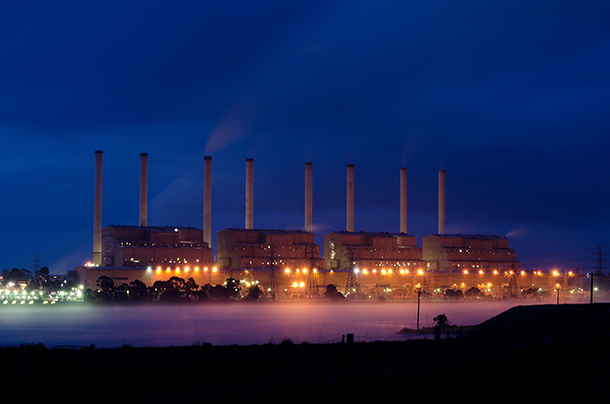 CURWOOD: Now, the incoming Republican Administration may seek to boost domestic coal production, but it appears the outgoing Democratic one did plenty to boost coal and other fossil fuel energy projects around the globe. Investigative reporting by a joint team from the Guardian and the Columbia University School of Journalism reveals that the Export-Import Bank financed around 75 coal fired power plants and other fossil fuel energy projects in foreign countries. And these foreign fossil fuel plants are projected to release just about as many tons of global-warming gasses as the Obama Clean Power Plan would have saved. Susanne Rust is the director of Columbia’s Energy and Environment Reporting Project and the senior investigator on this story. Susanne, welcome to Living on Earth.

RUST: Thank you for having me.

CURWOOD: So, tell me, how does this all begin? What prompted you and your team to look into the Obama administration's funding of fossil fuel energy projects abroad?

RUST: So, we are a small team here at Columbia. Every year, I take four recent graduates from the program. They work as investigative reporters, and we had finished a year looking at ExxonMobil and what they had known about climate change during the 1990s and how they incorporated it into their business operations, and we came across a story in The Nation magazine that looked at a project that ExxonMobil had sponsored in Papua New Guinea. That project had led to a landslide. It was an environmental disaster. And it was funded by this obscure Great Depression era bank which operates within the Executive Branch, the Export-Import Bank. And so we decided to see, well, if they're doing this project, what else did they decide to do? And apparently, they sponsored quite a lot of fossil projects.

CURWOOD: Yeah, the Export-Import Bank has been the crosshairs of concern of environmental activists for years. What does this bank do, and what effect do you think it has on the projects that it finances vis-à-vis the American economy?

RUST: So, what the bank does is, it provides loans, guarantees, working capital and insurance for companies to promote their wares overseas. Right? To export engineering services or could be carpet cleaning. It could be anything, just to get American work overseas. So, they will say they're very important, that they provide this sort of export financing that these companies wouldn't be able to find without them. They are providing a level playing ground because I think there are something like between 50 and 70 other export credit agencies from different countries around the world that support their companies, jobs again, overseas. So they say they have a big effect here, but they actually, if you look at the overall economy, support less than 2 percent of American exports overseas.

CURWOOD: Well, I think the defenders of the EXIM bank would say, the power of it is in guarantees, and sometimes for massive projects, say, like a power plant.

RUST: They do say that, but then again we have a representative from the White House who says that if the Export-Import Bank had not sponsored these projects they probably would've been done anyway. So, yes, they say one thing, but they also say another. 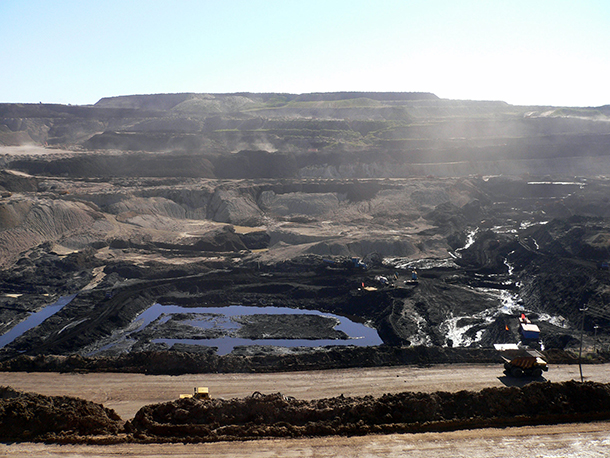 CURWOOD: What kind of cash are we talking about, in terms of fossil fuel development, has the EXIM bank been able to promote?

RUST: We looked at 70 fossil fuel projects that have been financed by the bank over the past eight years which totaled $34 billion. The largest loan that we looked at went to a refinery petrochemical complex in Saudi Arabia and that loan was for almost five billion. We also looked at two coal plants, one in South Africa, one in India. These are two of the largest coal plants on the planet. We also looked at liquid natural gas ports and processing centers, two of which are actually within the Great Barrier Reef on Curtis Island in Australia. So, quite a menagerie of fossil fuel projects dispersed across the planet.

RUST: So, how much more greenhouse gas pollution are we talking about that we could attribute these projects that the EXIM bank supported during the Obama administration?

RUST: 164 million metric tons of CO2. Over the lifetimes of these projects or every year?

RUST: And how would that compare to the aspiration of the President's Clean Power Plan?

CURWOOD: So, they almost match pound for pound. The Energy Information Administration put together a calculation for what the clean power plan would do over the next 15 years if it were to be enacted today, and it would save the atmosphere 2.5 billion metric tons of carbon dioxide over those 15 years. If you do the same thing for the 70 fossil fuel projects, you get about 2.4 billion, so it basically cancels that out.

CURWOOD: Tell me about the financing of these fossil fuel projects in the Obama administration. What was done, say, over the, what, maybe six years they were able to make these loans, and how does that compare to previous administrations? 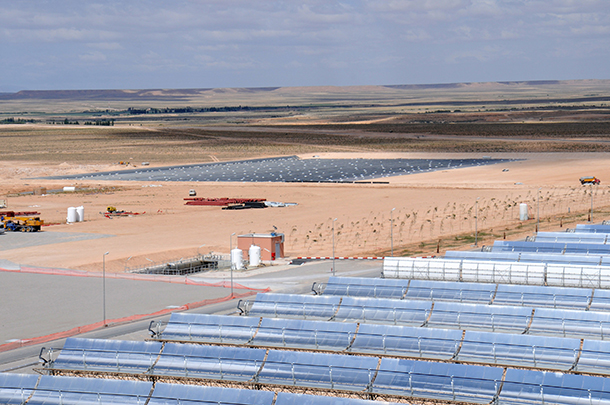 CURWOOD: How do you think this happened? Do you think that the Obama White House just wasn't watching the store?

RUST: I think it's complicated. I think Obama came in at a time when the economy was floundering, right after the 2008 debacle, and his administration was looking for ways to promote and stimulate job growth. And in 2010, the State of Union, he promised that he would double exports over the next five years, and the Export-Import Bank, being the unique agency that focuses on exports, took that seriously and went around trying to figure out how they could increase their export business. And according to their spokesperson, fossil fuels, extractive industries were the place to be putting their money at that point in time.

CURWOOD: Now, to what extent does the Export-Import Bank support renewable energy projects? How much money has gone into that?

RUST: They have, again, since 2009 when President Obama stepped into office, they've been just shy of $2 billion dollars that have gone into renewable energy projects overseas. The bank, I believe it was in 2008, was required to put 10 percent of their budget into renewables; however, they say that all of the exports in renewables leaving the country couldn't meet 10 percent of their budget, so they're doing what they can.

CURWOOD: Now, alongside the Export-Import Bank is something called the Overseas Private Investment Corporation, which is OPIC, it is called. It's like EXIM. To what extent did you looked into that agency's financing?

RUST: We did not look much into OPIC, and I can't remember the year right now. It was 2004 or 2005. The Export-Import Bank and OPIC were sued by a handful of NGOs who were concerned, again, about this sort of very same topic about the amount of greenhouse gases that were being emitted overseas with US financing and that it was actually violating US law in doing so, that it could possibly endanger us by putting these greenhouse gases out there. As a result, OPIC, not the Export-Import Bank, promised to reduce their portfolio of fossil fuels, and they did. So, they actually finance very little overseas fossil fuel projects now.

CURWOOD: After the environmental advocates sued OPIC and the EXIM Bank, you say that OPIC reduced its fossil fuel portfolio. Why didn't the EXIM bank do the same?

RUST: It's unclear. That's the story we're working on right now as a matter of fact. So, I'll give you that answer when I get it. 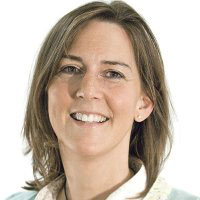 Susanne Rust teaches at the Columbia School of Journalism and led the investigative reporting project on the Export-Import Bank’s funding of fossil fuel projects. (Photo: Center for Investigative Reporting)

CURWOOD: Talk to me about the partisan divide, when it comes to the EXIM bank. To what extent have the Republicans supported this, to what extent did Democrats support this?

RUST: Well, it is interesting. So, there's actually quite a bit of news about the Export-Import Bank, but generally from the side of Republican disdain or dislike for the bank, they see it as a perfect example of government stepping in and picking winners and losers. You know, it's corporate cronyism, corporate welfare. It's been universally embraced by Democrats, and so these findings, I think, are particularly interesting because they sort of violate this environmental platform that Democrats have embraced.

CURWOOD: Susanne Rust is the Director and Senior Reporter at the Columbia University School of Journalism Energy and Environmental reporting project. Thanks, Susanne, for taking the time with us, and I look forward to your next update.

RUST: Thank you. It was great being with you.


Guardian: “How Obama’s climate change legacy is weakened by US investment in dirty fuel”

Guardian: “Obama’s dirty secret: the fossil fuel projects the US littered around the world”

Export-Import Bank of the United States

The Energy and Environment Reporting Project at the Columbia Journalism School