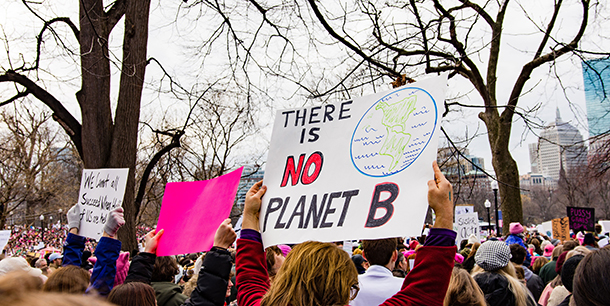 An epidemiologist concerned about how climate change will affect human health held up a sign saying “There Is No Planet B”. (Photo: Jarred Barber)

The day after President Donald Trump’s Inauguration, millions of demonstrators gathered around the globe to protest the new administration. Their reasons for opposing the new President were numerous, but Living on Earth reporters Jenni Doering and Jaime Kaiser spoke with a few of the many thousands in Boston, Massachusetts who showed up to support climate science and the environment.

PALMER: From the Jennifer and Ted Stanley Studios at the University of Massachusetts Boston and PRI, this is Living on Earth. I’m Helen Palmer in for Steve Curwood. The day following the new US President’s inauguration, from Anchorage to Antarctica, from San Francisco to Sydney, millions marched. It was called the Women’s March, but people of all ages and sexes came, from grandmothers in wheelchairs to toddlers in strollers, and many wore knitted pink hats as a sign of opposition. There was no, one motivating message, though many homemade signs showed concern for women’s rights, health care and the environment. 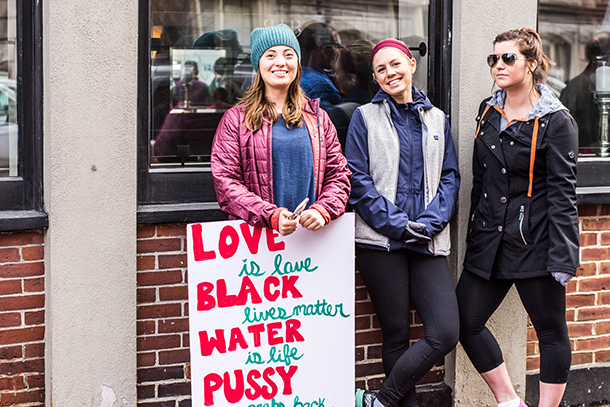 WARREN: Now I’m gonna say something that is really controversial in some places in Washington. We believe in science. [AUDIENCE CHEERS]

WARREN: Yeah! We know that climate change is real and we have a moral responsibility to protect this Earth for our children and our grandchildren. [CHEERS]

PALMER: That’s Senator Elizabeth Warren. Well, Living on Earth reporters Jaime Kaiser and Jenni Doering were on the common, too. So, Jaime, what was it like? 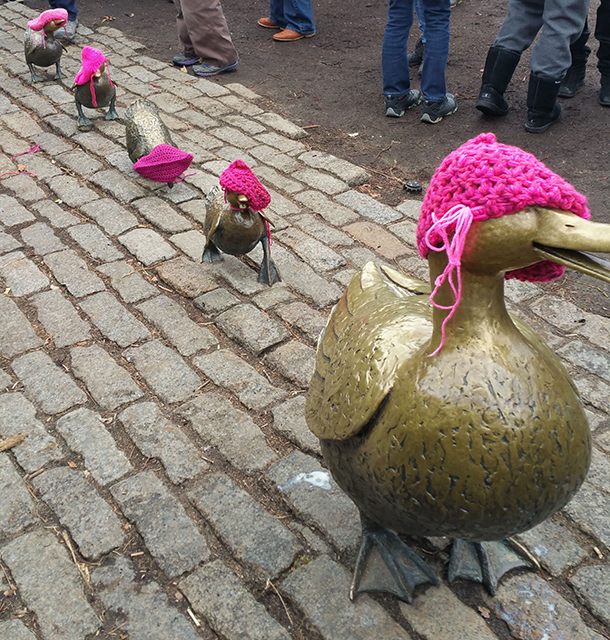 Even the famous "Make Way for Ducklings" statues wore pink "pussyhats" on the day of the Women's March. (Photo: Naomi Sacks)

KAISER: Well, we arrived two hours before the march even started, but Boston Common and the Public Garden were already flooded in a sea of pink “pussyhats.”

KAISER: Yeah, that was funny. City officials estimated that 175,000 people turned out, and many had homemade signs and banners that were deeply personal.

DOERING ON TAPE: Can you tell me what your sign says?

DOERING ON TAPE: And why are you here today?

WOMAN 1: There are so many reasons! But particularly I’m concerned about our planet and global warming, and we need to act. I’m an epidemiologist, and human health is dependent on a healthy environment.

DOERING: And we ran into several people there who care about science. One woman held up a sign that said “Science Tells the Truth.” 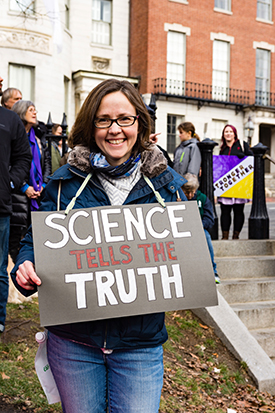 WOMAN 2: I think that we’re not living in a post-fact world, and I think there are facts and there’s science that provides us a lot of empirical information, and we know from science that the climate is in trouble, and I’m concerned that this administration is denying that and pretending it doesn’t exist.

KAISER: Officially, the Boston march had partnerships with over 100 national and local groups, including environmental ones. Here’s David Reich, the Chair of the Quincy, Massachusetts, Climate Action Network.

REICH: I’m heartsick and angry at the thought of a president who’s promised to roll back many of the achievements of the climate movement over the last eight years. I’ve noticed that many of his nominees have adopted the new fallback position for climate deniers, which is that climate change is real, and there may be a human component to it, but we don’t really know how large that human component is. It’s another lie.

KAISER: Indignation over what many were calling the new president’s lack of integrity and honesty definitely seemed to be a theme, Jenni. 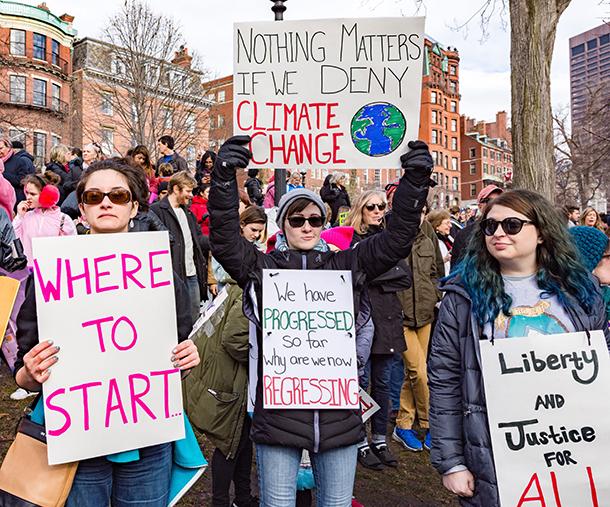 The Boston Women’s March was held downtown, in and around the Boston Common. (Photo: Jarred Barber)

DOERING: That’s right. Yet the marchers were peaceful, and even joyous and hopeful.

WOMAN 3: America’s kind of led the charge when it comes to fighting climate change and everything else, and if we’re just gonna turn our backs on everything and just vehemently deny science that we know is happening…We have evidence of it, especially here in New England. I mean come on, it’s gonna be 50 [degrees] today! It’s January! We need to wake up and we need to work together with the rest of the world to fight climate change.

DOERING: And, Jaime, I have to say the crowd went wild when the Boston Children’s Chorus sang about togetherness, sisterhood, in the classic anthem America the Beautiful...

CHOIR: And crown thy good with sisterhood... 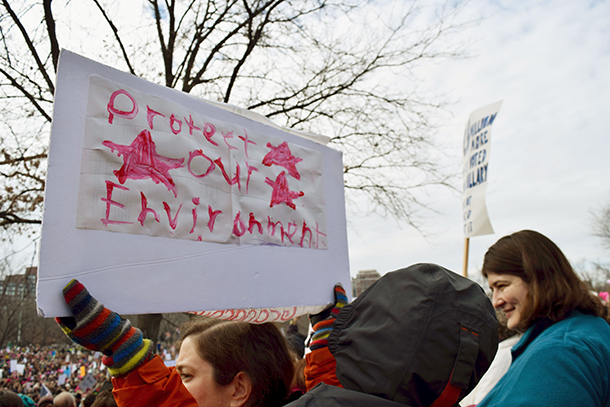 PALMER: Thanks, Jaime and Jenni. That’s Living on Earth’s Jaime Kaiser and Jenni Doering at the Women’s March in Boston, Massachusetts.

CHOIR: ...from sea to shining sea.