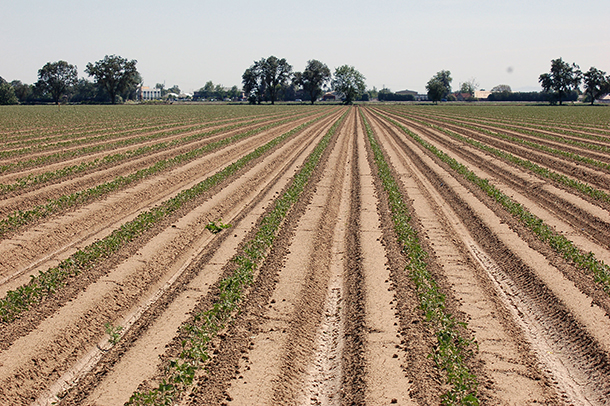 An unusually rainy winter has broken a years-long drought through much of California. Agriculture across the state, including this farm in Yolo County, is expecting a bump in production. (Photo: US Department of Agriculture, Flickr CC BY 2.0)

Peter Dykstra and Host Steve Curwood dive into California waterways, where heavy rain and snow has ended severe drought in much of the region. They also examine the findings of a new report that paints a business-friendly picture of state environmental regulation, and consider a case of government overreach in climate research ten years ago.

Let’s join Peter Dykstra and the world beyond the headlines now. Peter’s with Environmental Health News, that’s EHN.org, and DailyClimate.org and is on the line. Hi, there, Peter. How’s the weather down there in Conyers, Georgia?

DKYSTRA: Hi, Steve, well, as we record, it’s 70 degrees here in Georgia, the daffodils have been out for a week and, yeah, it’s a little unusually early even for the south.

CURWOOD: Well I’ll trade with you. This morning in New Hampshire, it was 13 degrees. It’s supposed to snow, and actually we still have some drought.

DKYSTRA: Well speaking of drought, I’ve got some good news about California. A year ago, the experts told us it would take an outlandish amount of rain and snow to end California’s epic drought.

DKYSTRA: Well, it’s not “game over” for the drought just yet, but the state has bounced back from crisis. Just about half of the state is out of even mild drought conditions. A year ago, virtually the entire state was in drought, along with much of the Southwest, and two-thirds of California was in “extreme” drought. Today, only two percent of the state is in the extreme category, an area just north and east of Los Angeles.

CURWOOD: That is a big comeback. What kind of ideas do people have of whether or not it will stick?

DKYSTRA: Well, with a changing climate come more weather anomalies and more extreme swings, so all bets are off. But even after the rainy season ends in the spring, the Sierra Nevada snowpack is also above average for the first time in years, so the state’s enormous agriculture industry will at least get a break this year. And according to the US Drought Monitor, only a few other small patches of the country are still in extreme drought, in Oklahoma and Arkansas, Alabama and Georgia, and not too far from you in New England.

CURWOOD: OK, I like good news. You have any more for us?

DKYSTRA: You may have to settle for some mixed, counterintuitive news. The Trump Administration has made it crystal clear that it believes environmental regulation is bad for businesses, large and small, and they’ve grafted the words “job killing” onto just about every effort to protect the environment.

A new study from the University of Montana challenges that. Two Montana researchers surveyed 1,200 state-level environmental regulators. They generally had concerns about being overworked, and felt their departments were understaffed and underfunded. But only four percent of the respondents felt they had an adversarial relationship with the businesses they were in charge of regulating. 75 percent of the regulators thought their businesses were making an honest effort to comply with environmental rules. 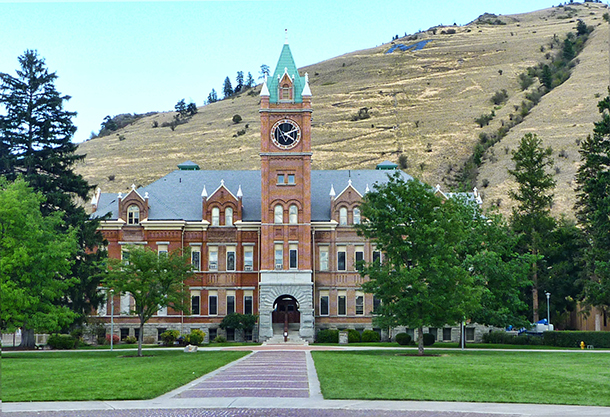 A study conducted by the University of Montana has shed light on the relationship between state environmental regulators and businesses. Counter to complaints of “job-killing” regulations, the findings show that 84% of businesses reported a positive relationship with their state regulators. (Photo: Frank DiBona, Flickr CC BY-NC-ND 2.0)

CURWOOD: So, those numbers do suggest that there’s not much in the way of conflicts between business and government at the state level.

CURWOOD: I think you hear more complaints about federal regulators, don’t you?
Hey, well, it’s time now to turn to our environmental history files. What do you have for us?

DKYSTRA: Ten years ago this past week, the House Government Oversight Committee held hearings on allegations of political interference in the work of government climate scientists. This, of course, was at a time when the Democrats controlled Congressional committees and a Republican, George W. Bush, sat in the White House.

Back then, a report by the Union of Concerned Scientists said that nearly half of all government climate scientists surveyed reported what they described as high-level meddling in their work.

CURWOOD: Give me an example of some high-level meddling.

DKYSTRA: Well, here’s one. In 2003, Phil Cooney, who was Chief of Staff for the President’s Council on Environmental Quality, ordered a re-write of a White House report on climate change to cast more doubt on human links to climate change.

CURWOOD: So what happened to Mr. Cooney when he got caught doing this? 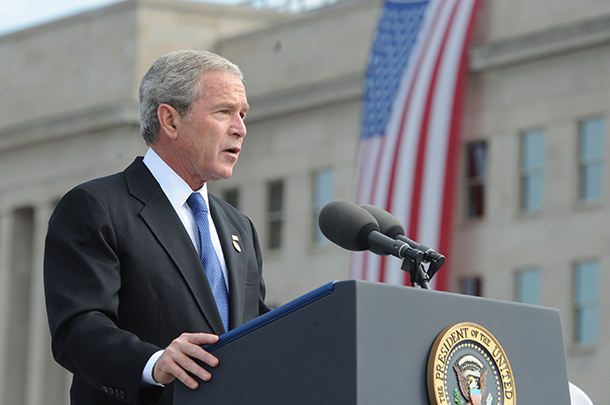 Under George W. Bush, the President’s Council on Environmental Quality ordered a re-write of a White House report on climate change to cast more doubt on human activity as a cause. To the Union of Concerned Scientists, this represented high-level meddling in their work. (Photo: The U.S. Army, Flickr CC BY 2.0)

DKYSTRA: Well, he left government, and he took a job with ExxonMobil.

CURWOOD: And of course Congress is still interested in interference with climate scientists, as I understand it.

DKYSTRA: Yeah, they’re so interested in fact that these days they’ve taken the lead in the interfering. For the past few years with a Democrat in the White House and Republicans in control of Congress, the House Science Committee has been a veritable inquisition chamber for government scientists and the agencies, like NOAA, who employ them. But now, there’s a chance that President Trump could fix this back-and-forth once and for all.

DKYSTRA: Well we might not have any government climate science at all. Good times!

CURWOOD: I wish you were joking, Peter. Peter Dykstra is with Environmental Health News, that’s EHN.org and DailyClimate.org. Talk to you again soon, Peter.

DKYSTRA: Thank you, Steve. Talk to you soon.

CURWOOD: There’s more on these stories at our website, LOE.org.


KQED Science: “About Half of California Now Out of Drought”

The Conversation: “Research challenges the view that environmental regulators are anti-business”