BirdNote: What's in a Name? 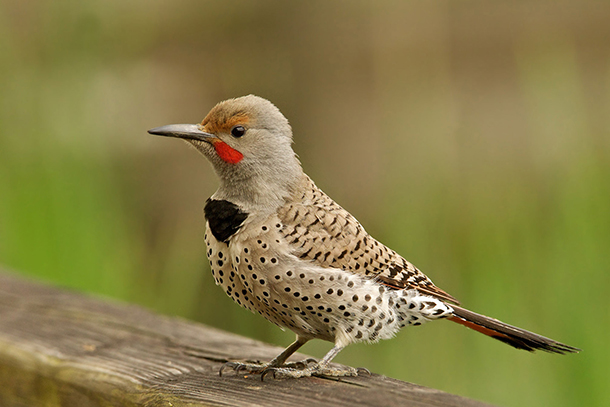 Northern Flicker, which used to be known as the Red-shafted Flicker (Photo: Gregg Thompson)

Watching the birds at your feeder is a pleasure for many, but as Mary McCann comments in today’s BirdNote, identifying them can be a headache, as some as reclassified and now have new names.

CURWOOD: One of the joys of having a birdfeeder in your yard is seeing and identifying who comes to dine with you. But as Mary McCann observes in today’s BirdNote, nowadays, that can be a bit confusing.

BirdNote®
How Birds’ Names Change
Or Who Took my Rufous-sided Towhee?

MCCANN: A listener recently wrote us: “Years ago, some of the birds at my feeder were the Rufous-sided Towhee, Oregon Junco, and Red-shafted Flicker [Spotted Towhee trill; Northern Flicker wick-wick-wick call]. But I can’t find them in my current field guides. They're gone, and so are the marsh hawk and sparrow hawk.”

Well, the listener’s right. Some of these long-familiar bird names have passed into history.
The study of birds, like any science, remains a work in progress. New findings about birds’ DNA or other attributes bring changes in classification of species, which often result in new names. Take the Rufous-sided Towhee, found across North America. Differences between its western and eastern forms – plumage, songs, genetics – brought an official split into two distinct species: the Spotted Towhee in the West [Spotted Towhee trills], the Eastern Towhee in the East [Eastern Towhee “drink-your-tea” song].

But where have the “marsh hawk” and “sparrow hawk” gone? Check your field guide for the Northern Harrier and the American Kestrel. 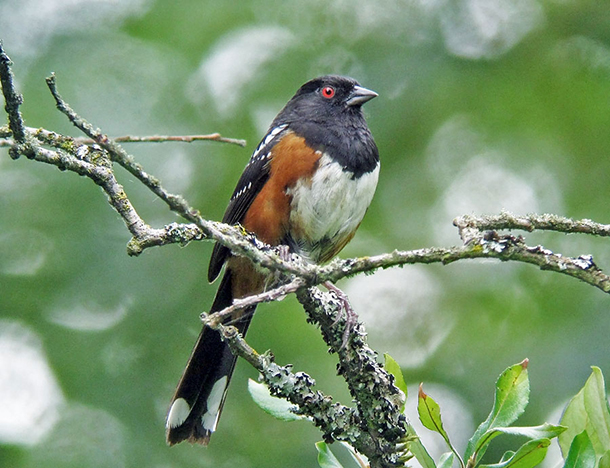 The Rufous-sided Towhee is now known as two distinct species: the Spotted Towhee, shown above, and the Eastern Towhee. (Photo: Mike Hamilton)

CURWOOD: And if you like, you can flit on over to our website, LOE.org, for some pictures.

The Spotted Towhee, once known as the Rufous-sided Towhee