Pruitt and Conflicts of Interest 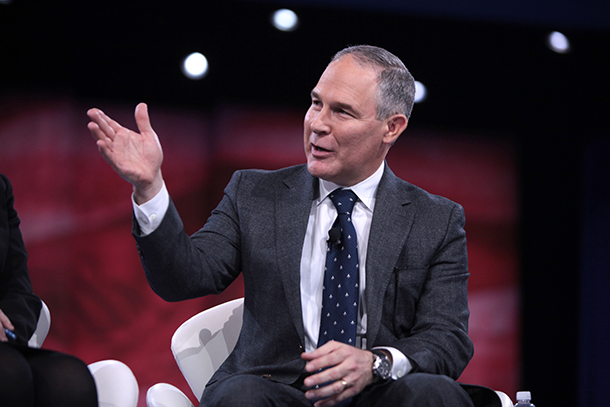 Scott Pruitt, former Oklahoma attorney general and President Trump’s choice for Environmental Protection Agency Administrator has brought multiple lawsuits against the agency, some of which are still pending. Living On Earth Host Steve Curwood spoke with lawyer Paul Nolette, a Marquette University political science professor, about how Pruitt’s actions and previous business entanglements offer insight into his vision as head of the EPA.

Perhaps one of the most ironic choices President Trump has made for his cabinet is Scott Pruitt as EPA Administrator. As the Attorney General of Oklahoma, Mr. Pruitt led a group of Republican attorneys general opposing many EPA rules and regulations. Indeed he has sued the EPA more than a dozen times, and perhaps most famously led a group of states and companies in the continuing court fight against the Obama administration’s Clean Power Plan. And, yes, the Clean Power Plan is a rule crafted by the agency Mr. Trump has asked Mr. Pruitt to take over, the EPA. To get a handle on Mr Pruitt’s political philosophy and potential conflicts of interest, we called Paul Nolette, a lawyer and political science professor at Marquette University, who joins us. Welcome to Living On Earth.

NOLETTE: Thanks for having me here.

CURWOOD: So, tell me, what was your reaction when you heard that Scott Pruitt was Trump's selection for the EPA?

NOLETTE: Well, I mean the first thing that I immediately thought was that it was quite ironic that you have somebody who really made his career as a state attorney general suing the EPA, now chosen to lead it.

CURWOOD: Yeah, in fact, the last time you were on our program you described some of these lawsuits that Pruitt had brought against the EPA as Attorney General of Oklahoma. Remind us again, what were some of those lawsuits?

NOLETTE: Yeah, some of his earliest lawsuits dealt with some of the regional haze rules, for instance. Many of these dealt with air pollution rules. Probably most famously he led an effort to challenge the Clean Power Plan. I think it's fair to say that virtually every environmental rule that came out of the EPA, at least any major role, Pruitt was involved in either as a lead plaintiff or signed onto a multistate lawsuit that other Republican AG's were bringing, and there were a total of, I think, about 14 lawsuits that Pruitt was involved in suing the federal government, suing the EPA.

CURWOOD: So, there are a number of matters that Mr. Pruitt sued the EPA about as the Attorney General of Oklahoma. As an Administrator of the EPA, when these matters come before him, what obligation does he have to recuse himself because of the conflict of interest?

NOLETTE: Yeah, in that case, it's really not entirely clear because, for one thing, it's not literally the case where he's suing himself as EPA Administrator, presumably somebody else will be Oklahoma’s state attorney general at that point - He's not going to be literally holding both roles - but in this case he does have a lot of discretion in the regulatory process and both in the process of implementation to avoid carrying out these Obama era rules. One thing that's actually getting some attention during the course of the confirmation hearings was Pruitt's action as Attorney General on a case that he inherited from Drew Edmondson, who was the Democratic AG of Oklahoma prior to Pruitt, and it involved a lawsuit against some poultry farms in Arkansas. Edmondson had been prosecuting the case pretty strongly, but once Pruitt came into office it sort of languished in the courts for quite some time, and actually it's been seven years that that case has been in court with no rulings because the Oklahoma AG Pruitt never filed briefs in the case, and it was an example of, I think, Pruitt inheriting a case he disagreed with and finding a way not to move the case forward. He'll have a lot of opportunities as Administer to do something similar. 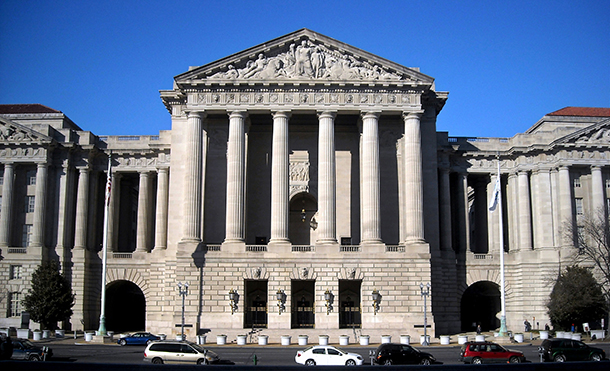 CURWOOD: So, Scott Pruitt was chairman of the Republican Attorneys General Association, which has received I'm told, what, $4 million or nearly $4 million from fossil fuel related entities. Now, how do you think those kinds of ties to the fossil fuel industry affect his role at the EPA?

NOLETTE: It's going to be a big question, and I mean it's a legitimate conflict of interest here that I think Pruitt would do well to explain because in his term as AG in Oklahoma, there were some real concerns that his actions as AG were too closely aligned with the business interests that were contributing both to him directly as a candidate and to the Republician Attorneys General Association. And I mean, there was that blockbuster New York Times report back in 2014 which highlighted how in several cases Pruitt's complaints that he had been filing in some cases were actually written by industry lawyers, and so that raises the question about, well, I mean, a state Attorney General is supposed to represent the state's interests, not the interests of any particular group or industry.

CURWOOD: Now, of course, Oklahoma's a big fossil fuel state, a big oil and gas producing state. So, Mr. Pruitt could argue, well, he was really working for the benefit of the people of Oklahoma, a lot of jobs. The economy's based on it. How might that change when he's representing all of us in America at the Environmental Protection Agency?

NOLETTE: Yeah, well, for quite some time now Republicans and Democrats have had very different views on environmental policy and what the right balance ought to be struck between, say, economic growth and environmental protection. So, I think, from Pruitt's perspective, what I would anticipate him to say is I as EPA Administrator is, “Totally agree I need to carry out the rules dictated by Congress, however, during the Obama administration the EPA went well beyond what Congress authorized them to do, and that's why I sued them as, as Oklahoma AG. So, what I'm going to do as EPA administrator is pull back on those rules that went beyond Congressional intent.”

CURWOOD: Where do you expect Scott Pruitt to scale back on EPA regulations, as he's tried to do for much of his career? 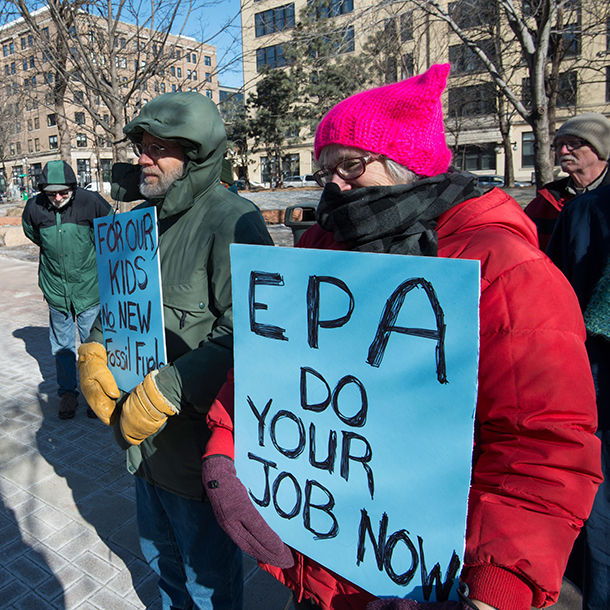 NOLETTE: Pruitt will scale back on a number of things, including, for instance, new rules to scale back or end the Clean Power Plan if that does in fact pass court muster. In other areas dealing with water pollution, for instance, I would imagine that he's going to cut back on some of the rules of the Obama administration there as well, but at the same time, I don't know if it's going to be quite as drastic as some Republican saying, well, basically we should just get rid of the EPA together or slash its staff by two-thirds. I don't think you're going see something that drastic, but you're still going to see some, some real changes in policies that really adhere to Pruitt's view that the EPA was running wild and going beyond its statutory ability.

CURWOOD: So, how might the tenure of Scott Pruitt at the Environmental Protection Agency marginalize or enhance its operations and some of its important research, do you think?

NOLETTE: Well, I think one big thing that's going to happen is that a lot more of the responsibility for environmental protection will be put to the states. One thing that's really an open question, I think, is how much does he push back on states like New York and California and Massachusetts that want to have stricter environmental rules? Really, I can see that going one of two ways. One that he either says, kind of adheres to the Republican vision of environmental protection more limited in favor of economic growth and push back against that, or that he does take a robust federalist vision and say, “Hey, the Californias of the world, if they want to have strict environmental protection then that's fine with me as long as they don't try to impose it on states like Oklahoma.”

NOLETTE: Well, it's going interesting because I can imagine that Scott Pruitt as EPA Administrator will in many ways ask Congress to actually limit the discretion of the EPA to act on a number of issues. So, for instance, after Massachusetts v. EPA, said to the EPA, “You do not have the ability to interpret the Clean Air Act in a way that prevents you from regulating greenhouse gases.” What you might see is Scott Pruitt calling for Congress to actually say the EPA can no longer regulate greenhouse gases. And so, actually in some ways taking away power from the agency that he leads. 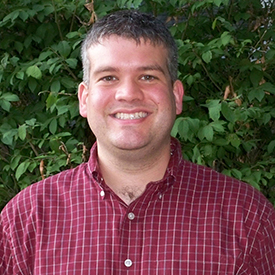 CURWOOD: From your vantage point, how would you characterize his leadership style as an attorney general and how do you think that will translate into his new role with the EPA, going forward?

NOLETTE: He ran a state office in Oklahoma that you might think from the outset, oh, Oklahoma it it's not like California or New York or Texas, one of the really big states, but, nevertheless, I mean he was able to make the most out of relatively limited resources that he had in Oklahoma, hired excellent people and convinced them to pass up other jobs, maybe graduating even from Harvard Law school, and passing up other jobs and saying, “Come work for the Oklahoma AG's office because this is where the action is going to be during the Obama administration.” He's very smart, he's very detail-oriented and is also quite ideological. So, I do think that he's going to be more measured than say a President Trump is when it comes to talking about environmental deregulation.

CURWOOD: Value judgment before you go, Professor. The environment is going to be better off under the leadership of Mr. Pruitt or worst off, do you think?

NOLETTE: Well, the balance is definitely going to turn more towards economic growth versus environmental protection, I think. While I think states can take up some of the slack on some issues, when it comes to a lot of interstate issues -- And a lot of air pollution issues are interstate in nature -- or global issues like climate change, given Pruitt's emphasis on states taking up more the slack, it's going to be much more difficult to address these sorts of nationwide and global issues that the Obama administration made a priority.

CURWOOD: Paul Nolette is a lawyer and political scientist teaching at Marquette University. Thanks so much for taking the time with us today, Professor.

NOLETTE: It was great talking with you.

Trump announced Scott Pruitt as his EPA pick in December