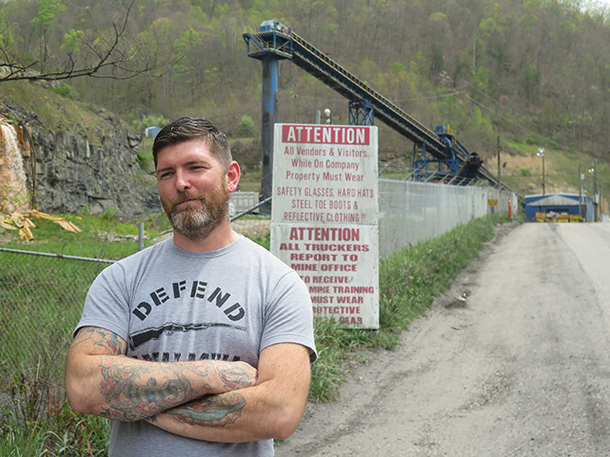 Coal has deep roots in Appalachia and its local communities, but this way of life too often comes with persistent water pollution. With the recent overturn of the Stream Protection Rule, coal companies are under less pressure to control and clean up their environmental impact. Former miner Gary Bentley and host Steve Curwood explore the murky future of coal country’s water and its future.

So the coal companies say this stream protection regulation was unnecessary. But no one is nearer to this debate than the miners themselves, and, to get a view from closer to the coal seam, we called up Gary Bentley. He’s a former miner, now working as a writer and mechanic, and he joins us from Lexington, Kentucky.

Welcome to Living on Earth!

BENTLEY: Thank you for having me!

CURWOOD: And first, for the record, how long did you work in coal mining, and when did you leave the industry?

BENTLEY: I was an underground miner for 11 years in numerous mines across eastern Kentucky, mostly in Letcher and Knott County and then also in western Kentucky for one year.

CURWOOD: And, in your experience on the job, to what extent did you ever witness a chemical runoff or other pollution?

BENTLEY: I wouldn't say that I saw a large impact of pollution or runoff directly, but there were many events that happened around my hometown and around the region where there would be landslides that were created by the mining industry or containment ponds which were to hold pollution that would flood the streams and some of the areas where people lived. Of course you can just drive through the area and see the effects of surface mining.

CURWOOD: Gary, just briefly describe for us the surface mining operations and how they can cause a lot of contamination of local water systems.

BENTLEY: So, of course, when you go into the area, it has to be logged, the timber needs to be removed and then you have the strata - in layman's terms the rock and dirt - that covers the coal seam. Then holes are drilled and chemical explosives are used, and what that does is that separates the rock and the debris, the strata, that covers the coal system, so they can bring in the heavy equipment to load out the coal and much larger amounts than what we could do as underground miners. 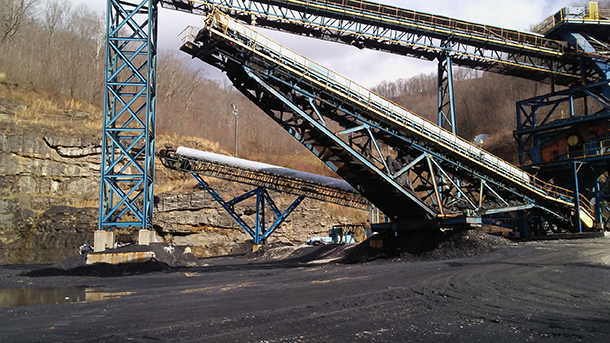 Before miners can reach valuable coal stores, they log sites like this one in Redfox, KY and use controlled explosives to remove outer layers of rock and dirt. (Photo: Gary Bentley)

CURWOOD: Gary, tell me, when did you become aware that there was, well, a problem with water and a lot of stream contamination?

BENTLEY: Living in the region for 30 years, water contamination has always been a problem. We grew up with water contamination issues, not to discredit the trouble in Flint, Michigan, but when that news came out, I was like, “Oh, wow I've lived with these conditions all of my life,” and it was normal. We didn't think about it as in a life-threatening issue that it was, and it's very common in my hometown to have boil-water advisories for families multiple times in a month, sometimes multiple times in a week.

CURWOOD: How adequate did you think the Stream Protection Rule was as a plan for preventing pollution associated with coal?

BENTLEY: I'm a little bit torn on the rule as a person from Appalachia and as a coal miner. The rule really only affected new permits. Current mining operations weren't going be held to those same standards, but with a decline of the industry, I really don't see any new surface permits being issued or being requested at this time. So, I'm not too concerned about the immediate effects of this being repealed. What I am concerned about is the future effects when it comes to mind reclamation and then also, if there was a resurgence in the coal industry, the effects that it would have on us then.

CURWOOD: There are some folks who say the rules are what is killing the coal industry, and that it was good thing to repeal this water protection rule because it will protect jobs. Your perspective?

BENTLEY: I may not have the most popular perspective amongst people in those communities, but it's not that they're not concerned with the protection of their environment. You're talking to a group of people in a region that have never been offered an alternative to this industry. They've relied on a single economy for over 150 years, and so, when I go in and talk to these people and I explain to them, you know, this rule actually did not affect the industry. It didn't go into effect until January 19th of 2017. We were already losing these jobs back in 2008. And so when you start to talk about the market change in the industry, the ideas begin to change.

CURWOOD: At what point, did you become aware of the detrimental effects of coal mining, and particularly, the environmental effects, and then what prompted you to start speaking out about them?

BENTLEY: So, I've always been aware. I've always seen boom or bust cycles. There's always issues with our health - cancer rates, infant death, in the region, and we've always known it. I begin to speak out - I think it was round 2012 - I started seeing miners losing their jobs, coal companies pulling out of the region and not doing anything to support the communities when they left, and coincidentally it was also about three weeks after my first time speaking at an EPA hearing where I lost my job as a miner. 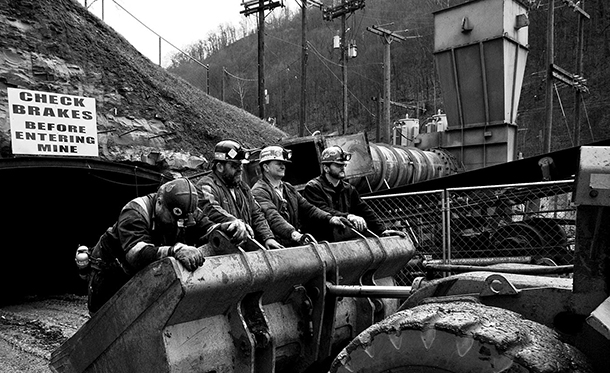 According to Bentley, mining jobs have been in sharp decline since 2008, well before the implementation of the Stream Protection Rule. Bentley himself was laid-off in 2012 along with 754 other miners. (Photo: Gary Bentley)

CURWOOD: Do you think there was any connection between those two?

BENTLEY: I feel that there was a very strong connection because within two days after I spoke, I received phone calls and had meetings with corporate officers, and then it was about a week or two after those meetings I was laid off with another 754 miners.

CURWOOD: There're some politicians out there that say that there is a war on coal. What your perspective?

BENTLEY: So, to say there's a war on coal, especially from a governmental standpoint, is ridiculous. It's just a change in markets. Natural gas is cheaper for energy. Actually, solar is now a cheaper form of energy.

CURWOOD: Gary, from your perspective, what should the federal government be doing to help folks in the coal fields of Kentucky and West Virginia?

BENTLEY: What they can do right now, is they can push through the Reclaim Act, which is a bipartisan bill to accelerate $1 billion from the Abandoned Mine Reclamation Fund. And, under the plan, $200 million would be distributed to participating states over a period of five years. We already have numerous support from Senators in West Virginia, Ohio, Virginia, and as a Kentuckian, I'm working alongside other Kentuckians to encourage support from the Senate Majority Leader Mitch McConnell. The bill has been presented since February of 2016, and he has set it aside numerous times for well over a year now.

CURWOOD: What gives you hope these days? Coal is down, pollution is up. It's a time of difficult political ferment in this country. 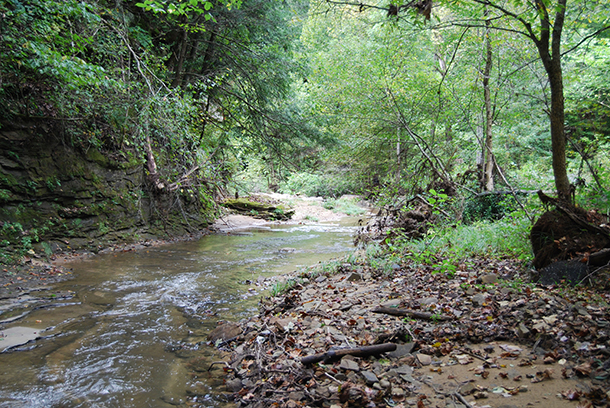 Clements Fork in Eastern Kentucky runs through the heart of coal country. The Stream Protection Rule required mining companies to assess the quality of water systems like this one before digging and commit to its protection once they left. (Photo: U.S. Fish and Wildlife Service, Flickr CC BY 2.0)

BENTLEY: We are in a little bit of turmoil, but it seems as through people are coming together. We're going to see a lot more people gathering together, organizing. It may take a while, and it may be hard for a few years, but I do think we'll see a change in a more positive direction.

CURWOOD: Gary Bentley is a former miner and writer and mechanic in Lexington, Kentucky. Thanks so much, Gary, for taking this time with us today.

For this story we also contacted the National Mining Association. Their written comment on the Stream Protections Rule is published below:

“The stream rule is to bad regulations what the Sistine Chapel is to Renaissance art. It’s a pure expression of all that ordinary Americans loathe about rule by bureaucracy.

It costs up to one third of current coal mining jobs, it’s redundant as it duplicates what states and other federal agencies are already doing, unnecessary since state reports to OSM show companies achieve reclamation with little off-site impact, unlawful as it flatly contradicts clear congressional intent in existing law (SMCRA)) and self-serving, allowing OSM to expand its authority at the expense of states and other federal agencies. This explains why Senate Democrats as well as Republicans agreed to a resolution of disapproval for this rule.”