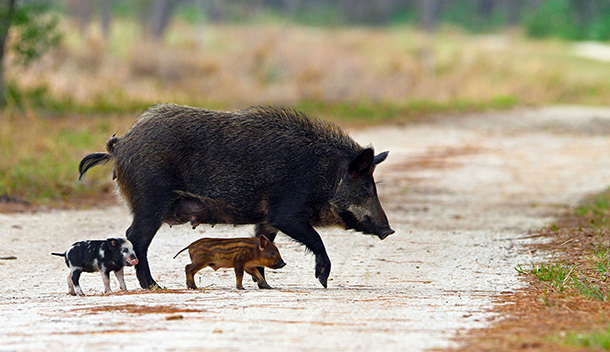 Millions of feral hogs could be hunted or poisoned with blood thinner if a bill drafted by Texas Agriculture Commissioner, Sid Miller is passed. (Photo: Craig ONeil, Flickr CC BY-NC-ND 2.0)

In this week’s Beyond the Headlines, host Steve Curwood and Peter Dykstra go back over some highlights of Mr. Trump’s February 28 address to Congress and reflect on past presidential environment-related comments. The pair discuss a possible Texas plan to poison millions of feral hogs, and the invention of that show business staple, limelight.

CURWOOD: Well, Exxon may be uncertain about oil sands, but the potential supply from Canada was on the mind of the President of the United States on February 28 in his first address to the assembled Congress, when he celebrated his decision to push through Keystone XL and other pipelines. Peter Dykstra of Environmental Health News, that’s EHN.org and DailyClimate.org, was glued to the speech and joins us now from Conyers, Georgia. And, Peter, we didn’t hear much about protecting the environment. What struck you?

DKYSTRA: Hi, Steve. If you take all annual Presidential speeches in the last fifty years, I want to point out something unique about Mr. Trump’s. Presidents historically use the speech to either drop some environmental platitudes or set goals and make promises that never happen.

DKYSTRA: Well, in 1993, Bill Clinton acknowledged the many failings of the Superfund program, promising to clean up the bureaucracy and maybe even clean up a few toxic sites. Both Presidents Bush promised clean coal, which is still either on the drawing board or in the poorhouse, given the multi-billions in failed investments. And the younger Bush stunned us all in 2006 by looking America in the eye and admitting that we’re addicted to oil. He laid out an ambitious series of fixes, which moved slowly under Obama and could stop in their tracks under Trump.

CURWOOD: So you’re saying President Trump’s ambitions on the environment won’t get anywhere?

DKYSTRA: Uh no, actually like it or not, Donald Trump’s environment-related promises stand the best chance of any President of being fulfilled. A compliant Congress and a zealous Cabinet stand ready to assist.

CURWOOD: All right, so let’s get to the specifics from Trump’s speech.

DKYSTRA: Well as you say, he mentioned completing the Dakota Access and Keystone XL pipelines. Check. Trump also renewed his vow to withdraw from the Trans Pacific Partnership, a view shared by many environmentalists, although for very different motives. He can’t kill the treaty, but U.S. withdrawal can paralyze it – or allow China to fill the void with its own trade treaty.

CURWOOD: And what about that other global agreement, the Paris Climate Agreement?

DKYSTRA: Well that didn’t come up, nor did any mention of climate change. He made passing mention of NAFTA, that other trade agreement also opposed by many environmentalists, and he acknowledged that clean air and clean water are good things.

CURWOOD: But hasn’t he been on a spree of executive orders to cut back air and water protections, I’m thinking of the Waters of the United States rule.

DKYSTRA: Well, yeah, but let’s think of that creatively. The President also repeated his campaign promise to "drain the swamp". Clean Water Act enforcement, including the Waters of the United States rule, make it hard to literally drain a swamp, but once you slash the budgets and workforce of the EPA and other agencies and obliterate environmental protection regulations, just name the swamp you want drained and it’s done. 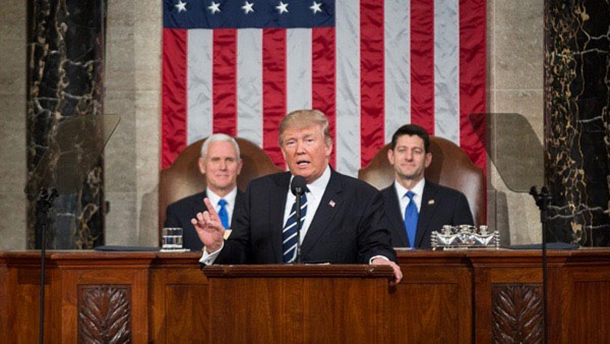 CURWOOD: I have to admit I hadn’t thought of it that way.

DKYSTRA: Well, good for you.

CURWOOD: Alright, let’s move on. What else do you have?

DKYSTRA: Well Sid Miller is the Texas State Agriculture Commissioner, and a colorful one at that, given to social media outbursts about how a huge, secret Jihadist training camp looms outside of Houston, its thousands of soldiers poised to end America as we know it.

CURWOOD: Uh, OK, I mean one would think the guy in charge of so much of Texas’s open space could find such a camp if it really existed.

DKYSTRA: Yeah, but there’s something else Mr. Miller wants to do to end America as we know it for a couple of million four-legged residents. There are up to 2.5 million feral hogs, in Texas, some over 400 pounds, and they’re making a mess of crop and pasture land, rooting up huge holes for horses or cattle to break a leg in. While in the state Senate, Miller drafted a bill to hunt feral hogs by helicopter. It passed. Others have looked into contraceptives for hogs, but that proved a little tricky.

CURWOOD: Those kind of sound like wacky solutions to me.

DKYSTRA: Yeah, the kind that Wile E. Coyote would deploy to catch the Road Runner. And this one even has a Road Runner-ish name: The Kaput Feral Hog Lure.

CURWOOD: No doubt manufactured by the ACME Company. How does it work?

DKYSTRA: Well, the Kaput Feral Hog Lure is regular old food that pigs like, laced with Warfarin, a blood thinner that’s sold on TV for humans, but with a big enough dose, it’s said, to be lethal to hogs.

CURWOOD: Anybody objecting to this?

CURWOOD: So I guess we’ll all get to see if Commissioner Miller is more of a genius than Wile E. Coyote. Hey Peter, it’s time to rummage through our history vault. What did you bring this week? 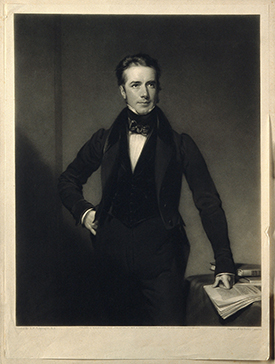 The engineer Thomas Drummond is credited with inventing the limelight, a type of torch that became wildly popular because it was much safer than open-flame torches at the turn of the 19th century. (Photo: Wellcome images, Wikimedia Commons public domain)

DKYSTRA: Well, if there are two things Americans really love, how ’bout the limelight and organizational train wrecks, like the one at the end of last week’s Oscar ceremonies.

Since just about everybody knows about the train wreck with the Best Picture award, let’s talk about limelight, and how it became a cliché for showbiz glory.

DKYSTRA: Well, it’s said that on March 5, 1830, an engineer named Thomas Drummond exhibited his lighting invention to a crowd of bigwigs at the Tower of London. It was called the incandescent calcium oxide lamp. It worked by focusing an intense flame on a piece of quicklime, causing a bright glow. Drummond’s invention hit the big time in theaters, where his limelight torches were considered less of a fire risk than open-flame torches. They also became all the rage for coastal lighthouses, and were in widespread use ‘til the turn of the century.

CURWOOD: And I guess by start of the 20th century, electric and gas light were taking over, both available, and safer than anything with an open flame, right?

DKYSTRA: Correct. There are some sources that say Drummond had a working version of this light as early as 1816, and other historians say he wasn’t the first limelighter at all. Some texts say the credit should go to a British nobleman with the exquisitely Dickensian name of Sir Goldsworthy Gurney.

DYKSTRA: OK, Steve. Thanks a lot. Talk to you soon.

NBCDFW: “Texas Ag Chief OKs Use of Poison to Bring a Hogpocalypse”