Why I Wear Jordans in the Great Outdoors 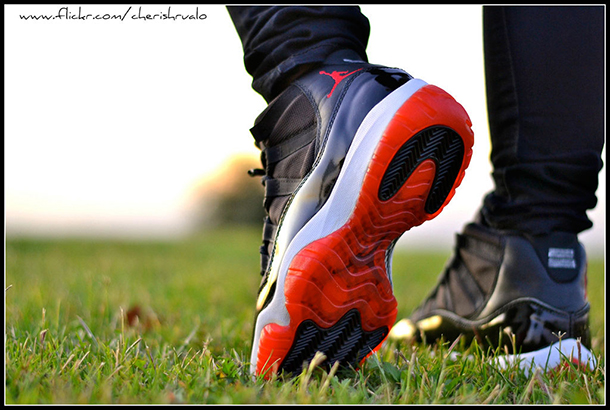 CJ Goulding has only ever owned one pair of Air Jordans – a status symbol to some African-Americans -- but he’s not too concerned with keeping them pristine. (Photo: Cherish, Flickr CC BY-ND 2.0)

Though Bill McKibben wrote “The End of Nature” in 1989, several younger nature writers of the penned essays for the anthology “Coming of Age at the End Of Nature. But the millenial generation experiences a different nature from the pristine wilderness that inspired authors like John Muir. In an extract from his essay, environmental educator CJ Goulding explains how his Jordan sneakers help link youngsters of color to the great outdoors.

CURWOOD: When we think of writing about nature and the natural landscape of North America, we think of such icons as Henry David Thoreau and John Muir. They brought the natural world into focus in the 19th and 20th centuries, describing its intricacies and the glories of wilderness. But much of the landscape and wilderness unchanged by humans has disappeared. In its place, if you believe Bill McKibben we have “The End of Nature."

For the millennial generation that understanding has overshadowed their coming of age. But that doesn’t mean they don’t have their own unique and creative way of relating to today’s mediated landscape, and in an anthology of essays introduced by Mr. McKibben they have their say. The book is called “Coming of Age at the End of Nature”, and today we have another of those essays.

GOULDING: My name is CJ Goulding and I work as a lead organizer with the Natural Leaders Network, training other young leaders to connect their communities to the outdoors. And this is my essay on “Why I Wear Jordans in the Great Outdoors."

I am an African American natural leader. That phrase is not an oxymoron, but it's also not something that you normally see in the environmental world.

In the few years that I’ve been involved in environmental education and connecting people with outdoor spaces, there have been numerous occasions where I am the only person of color in the program or the only African American leader. Growing up, there was no one from my neighborhood traveling, hiking, canoeing, or spending time outdoors in these ways unless it was part of a regimented program.

But do not misunderstand the meaning behind that statement. Please do not miss my point.

I write, neither to complain that the outdoor world is an elitist one, nor to lament the disconnect between the world I grew up in and the natural world where I now lay roots. I write to celebrate the amazing opportunity available for me (and others like myself) to be a bridge between the two worlds.

On my feet, as I write, are Jordan Bred 11s, the only pair of Michael Jordan’s brand of sneakers I have ever owned in my life. His sneakers are a status symbol in the neighborhood I grew up in, a memento of importance and significance. Unfortunately, for some people they hold higher value than food, books, rent, and, in some extreme cases, even the life and well-being of another individual. 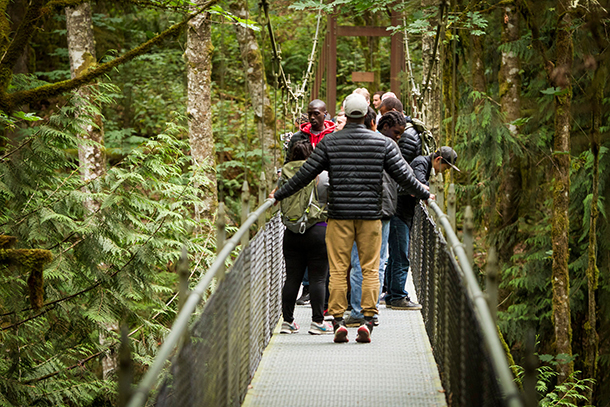 So it makes sense that while facilitating an outdoor youth summit last June at Harpers Ferry National Park in Virginia, an African-American teenage boy stopped me to ask why I was wearing these Bred 11s outdoors. I laughed because that same question and all the underlying ones that accompanied it had been asked of me multiple times that week, and my introspective journey in figuring out that answer led me to write this story.

GOULDING: My Jordans are a symbol of the culture I grew up in, the African American culture. Everything that they are associated with. So basketball, my love of basketball, friends, family, being back home. They’re also a symbol of me being different when I come into environmental settings. And so they are a reminder that even as I come into this new setting, this new circle, that I shouldn't leave who I am at the door, and I should carry it with me.

In the years that I’ve been working in outdoor education or environmental education, the majority of my fellow educators are not people of color. And especially for me growing up, African American environmental educator, that wasn’t a job that I knew about or thought that would be possibility for me to have in the future, and so for some people from those perspectives it might be an oxymoron, but in reality it is something that is out there and that I’m living.

GOULDING: just finished a Masters program in Urban Environmental Education, and, as part of our program, we explored the nature of the city and nature in the city, so finding ways to connect to the natural things that exist even inside the concrete structures and systems that we’ve set up.

In my time working as an environmental educator, I’ve learned that representation means a lot, not only for myself as an African American leader, but for the youth that I work with. And there’s also lessons that I believe can be learned by the environmental field as a whole. And this is how I wrote about it in my essay. 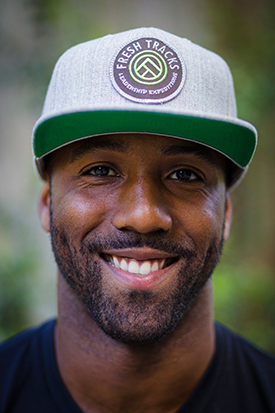 I no longer saw the singularity of my skin tone among my peers as a problem, but instead as a megaphone to give weight to the message that as people of color, people from different ethnic backgrounds, the outdoor world is ours to explore as well. And through us, for those who had grown up connected to and educated in the outdoors, we offer the chance to connect to new cultures, to see flora and fauna through the eyes of city kids and people from different backgrounds.’

CURWOOD: That’s CJ Goulding with his essay “Why I wear Jordans in the Great Outdoors”, from the book, Coming of Age at the end of Nature”.


Listen to the first essay in the series: “Urban Foraging at the End of Nature”

Listen to the second essay in the series: “High Tech Rain”

Listen to the third essay in the series: “Fossil Fuel Freedom Fighters”

Read the book, “Coming of Age at the End of Nature”

Read more from CJ Goulding at the Children and Nature Network