The swallows nested in the Capistrano Mission walls until the 1990s. (Photo: Wayne Hsieh)

Every spring, Cliff Swallows returned to Capistrano in Southern California, delighting locals and visitors alike. Then, as Mary McCann explains, renovation work drove them from their historic nest-sites, but now there’s hope they’ll come back.

CURWOOD: Plenty of Americans, and not only those with Irish heritage, made sure to “wear the green” on March 17 in honor of St Patrick. But there’s another saint who celebrates his special day just two days later, and as Mary McCann explains in today’s BirdNote, he has special significance for swallows and a captivating spot in southern California.

BirdNote®
The Swallows of Capistrano

MCCANN: Every year, the change from winter to spring brings millions of Cliff Swallows northward from Argentina to North America. 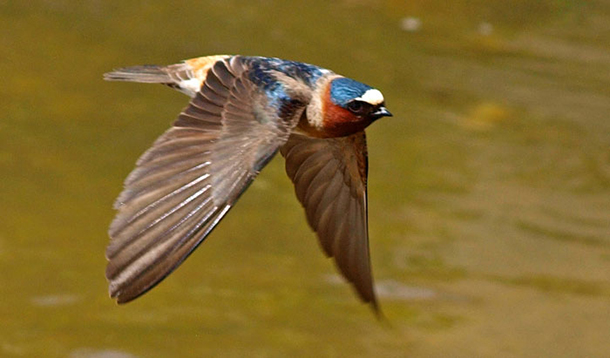 Some swallows, those that nested in the Mission of San Juan Capistrano, about halfway between Los Angeles and San Diego, were destined for fame.

Since the early 1800s, the swallows had returned, year after year, to the same mud nests built high on the stone cathedral walls of the mission.

The swallows arrived on or about March 19th, St. Joseph’s Day. So regular was the cycle that, over many years, the Catholic feast of St. Joseph’s Day and the return of the birds became intertwined and were celebrated together.

When a catchy song hit the radio airwaves in 1940, nearly everybody came to know the swallows of Capistrano.

But today, Cliff Swallows no longer nest at the mission. During a restoration project in the 1990s, the venerable mud nests were removed from the mission walls. Since then the birds have opted to reside elsewhere in town.

Now, though, a concerted effort is under way to attract the beloved swallows back to the mission, an effort that includes putting up man-made nests.

[MUSIC: “When the Swallows Come Back To Capistrano.”]

As to whether the swallows will ever really return, though, only time will tell. 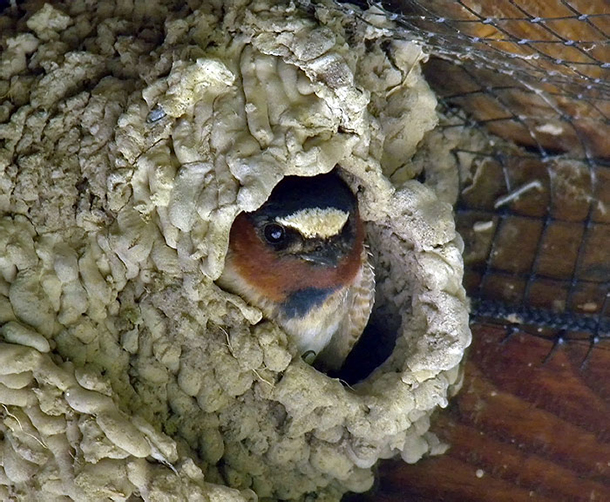 CURWOOD: And soar on over to our website LOE.org for some photos.

Efforts to attract the swallows to the mission