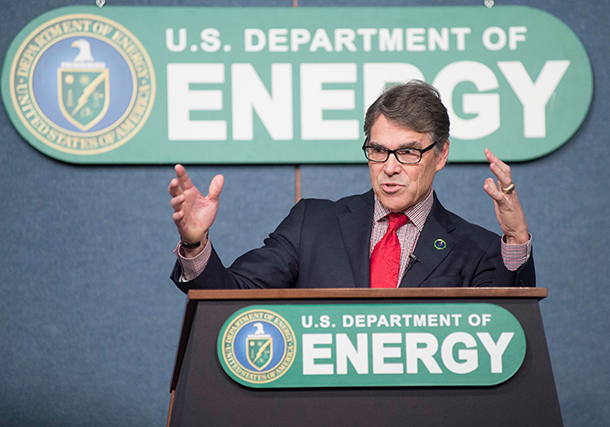 Rick Perry was sworn in as the Department of Energy Secretary on March 2nd. (Photo: ENERGY.GOV, Flickr U.S. Government Work)

Former presidential hopeful and Texas Governor Rick Perry now heads the Department of Energy, which he once said should be abolished. Host Steve Curwood spoke with Kevin Knobloch, former Energy Secretary Ernest Moniz’s Chief of Staff for an insight into the challenges of the job. They include managing the country’s nuclear waste and nuclear arsenal to meet such threats as Iran and an aggressive North Korea, a robust research program that the President’s budget proposes to defund, and energy efficiency.

Former Texas Governor Rick Perry is the new US Energy Secretary. It’s an ironic choice, as during his Presidential bid, Rick Perry dubbed the Energy Department as one that could easily be abolished with no loss, and some observers have suggested Governor Perry didn’t actually understand the job when it was offered to him. Yet, as governor, Rick Perry watched over a massive increase in wind power in the Lone Star State and supported the extensive oil infrastructure.

Kevin Knobloch was the Chief of Staff for Perry’s predecessor at Energy, Ernest Moniz, and he joins us now. Kevin, welcome to Living on Earth.

KNOBLOCH: Thank you, Steve. I'm delighted to be with you.

KNOBLOCH: The Department of Energy has an extensive mission scope that isn't always well understood. First and foremost, DOE is responsible for our nuclear weapons arsenal, building them, maintaining them, dismantling them when a treaty like the new START treaty with the Russians comes into force. The department also is responsible for 17 national laboratories which represent probably the single, largest, annual investment in basic science R & D, research and development in the physical sciences in the world, certainly in the country.

There's parts of DOE like ARPA-E designed after DARPA in the Defense Department to support emerging technologies in the commercial space and help them get to commercialization. A loan program, which has a $30 billion dollar loan portfolio, supporting advanced clean energy technology. And then the last big piece is the clean up program of the legacy waste from the Cold War weapons program, often radioactive waste, toxic waste, sometimes mixed, and that's a $6 million a year annual investment to fulfill our commitment to the communities that hosted these facilities during the Cold War. 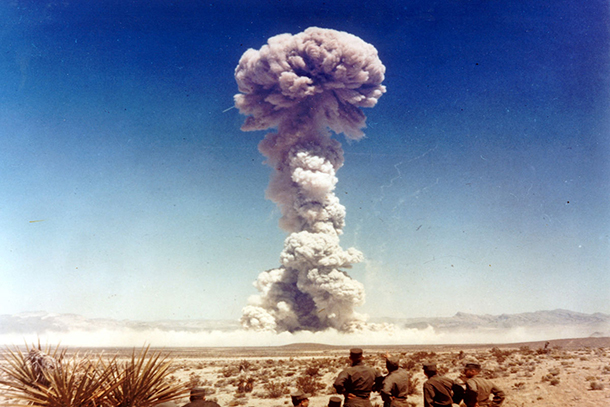 CURWOOD: Looking heading now to the present administration, in the Obama administration, the first Energy Secretary had a Nobel Prize, Steven Chu, the physicist from California. The outgoing secretary, Ernest Moniz, nuclear physicist at MIT. One of the criticisms of Rick Perry, the former governor of Texas, is that, well, his scientific background is a bit thin. How important is a strong academic foundation in science for the job of running the Energy Department?

KNOBLOCH: I would suggest that it's not essential that you be a scientist to be the Energy Secretary and of course over time, a number were not. What is essential is that, I believe, that you have experienced, highly regarded scientists in some of the key roles. So, in our term, the second Obama term when Secretary Moniz headed the department, Lynn Orr, subsurface expert scientist, was the Under Secretary for Science and Energy. Esteemed scientist Cherry Murray was head of the Office of Science and so on. So, if the Energy Secretary is himself or herself not a scientist, it's very critical that capable scientists and technologists are put in those other roles.

CURWOOD: What did you notice in his record as Governor of Texas that you think will help him on the job at the Department of Energy?

KNOBLOCH: Texas, of course, is one of our largest oil and gas producing states and oil, and gas remains a part of our energy economy. So, he clearly is knowledgeable about that slice of the energy economy. During his multiple terms as Governor of Texas, Texas built a lot of wind, a lot of wind power. It is now the state with the largest installed wind capacity in the country, and that was on his watch, so I suspect he has a strong appreciation of the fact that wind power not only has he added a zero carbon energy source to his state and the national energy mix, but it's producing a lot of jobs and these projects, these wind projects, are adding tax income for communities. They're adding leasing income for ranches and farmers that host them.

I would add one more point that in the Department of Energy nuclear weapons production complex, a very key facility is the Pantex plant in the Texas Panhandle which is where we do assemble and maintain and disassemble nuclear weapons. That's a very major employer in Texas and very central to our ability to maintain the nuclear deterrent and be responsive, as I said, to nuclear treaties.

CURWOOD: Here at home is great concern about nuclear power, what role it should play going ahead. Your views about how far things have come and then where they need to go? 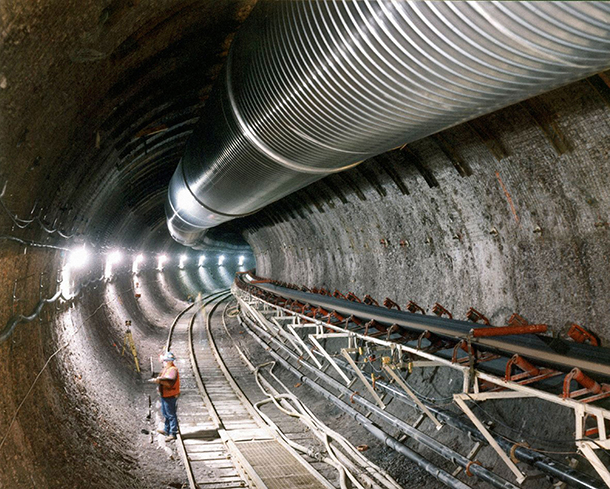 Yucca Mountain Facility was built by the Department of Energy to determine whether the location could serve as a repository for nuclear waste. (Photo: Nuclear Regulatory Commission, Flickr CC BY 2.0)

KNOBLOCH: I look at nuclear power from a couple of perspectives. First of all, that it's a significant part of our national energy supply today. Existing reactors must be operated safely. The second way I think about nuclear energy is in tackling climate change, which of course is an extremely urgent problem that we are behind on, on bending our carbon curve down. Nationally and internationally we worked very hard in the Obama administration to accelerate the transition to a low carbon economy, and I'm very proud of what we did. The role of nuclear energy in that mix is an important discussion especially as utilities have closed a whole range of coal plants and canceled plans to build new ones.

CURWOOD: The Department of Energy was key in the negotiations with Iran to stop them in their move towards nuclear weapons. How important is the agreement we have with Iran, and what do you see going forward with the present administration along those lines? What should they do?

KNOBLOCH: The Iran nuclear agreement is a real watershed. It was something that skeptics thought wasn't possible, but which in fact shows the strength of diplomacy as a major tool in both the diplomatic and military toolbox. This is an agreement that Energy Secretary Ernie Moniz and Secretary of State John Kerry were the two lead negotiators on with their counterparts in Iran, the Foreign Minister and the head of the Iranian Nuclear Commission. Secretary Moniz was asked to join early on because it very quickly became a technical treaty. There were a lot of important questions: How many centrifuges, of what vintage would it take, on what timetable?

CURWOOD: How we doing overall in terms of nuclear security? There a lot of loose nukes out there. What's ahead for this administration and Secretary Perry to deal with our nuclear security?

KNOBLOCH: It's very serious. It's a very serious need for this new administration to focus on so-called non-proliferation, on nuclear security. One of the great achievements of the Obama administration and the Department of Energy was central to this, was working with countries around the world to secure their weapons-grade uranium and plutonium. We locked up a lot of that material, which in some instances, was vulnerable to falling into the wrong hands. Clearly having succeeded with Iran, the remaining very major threat is North Korea.

CURWOOD: What, for the public record, is the nuclear capability of North Korea at this point?

KNOBLOCH: I'd have to think for a moment what's in the public realm and what is classified, but it's generally understood that the President of North Korea is very aggressively developing both nuclear warheads and ballistic missile technology. That is a combination, if they breakthrough on both, that we do not want to see. This is a highly unstable and reckless regime that has nothing but hostility toward United States and much of the west.

CURWOOD: You know that of course no parent would say that one child is favored over the other, but the projects that you've worked in your time at the department…Tell me about one or perhaps two that really excite you. 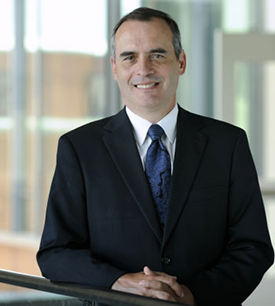 KNOBLOCH: I'm really excited about our energy efficiency legacy. What I mean by that, is that over the two Obama terms, we at the Department of Energy who had the authority to develop energy efficiency rules, finalized some 50 rules reaching into every corner of the economy - lighting, electronics of all kinds, heating and cooling, appliances, equipment, from industrial furnaces down to window air conditioning units - and in every instance we sought to work collaboratively with the associated manufacturers. And it's very important to understand, to draw on that expertise and understand their perspective, but it's an extraordinary legacy that will be implemented over the next decade and position U.S. companies, and foreign companies doing business in our market, to be producing some of the cleanest most efficient products in the world.

CURWOOD: Somewhat famously, Secretary Perry, when he was running for President suggested that he would eliminate the Energy Department. How did you feel when you heard that he had gotten the top job at Energy?

KNOBLOCH: Governor Perry, now Secretary Perry really needs to be assessed on his merits and on what he does in the role, not what he has said in the past. He did say at his confirmation hearing that he regrets having called for the elimination of the Department of Energy, that he now does not associate himself with that position because, he said, he had received extensive briefings on the mission and responsibilities of the department and is convinced that it is essential to US economy and US national security. That's a positive, and I think we need to see what he does as secretary.

CURWOOD: Kevin Knobloch is former Chief of Staff to Secretary of Energy Ernie Moniz and currently a Senior Research Associate at the Center for International Environment and Resource Policy at Tuft's University. Thanks so much for taking the time to come by.

KNOBLOCH: Steve, it's always a privilege to come talk to you. I really appreciate it.

The Department of Energy homepage