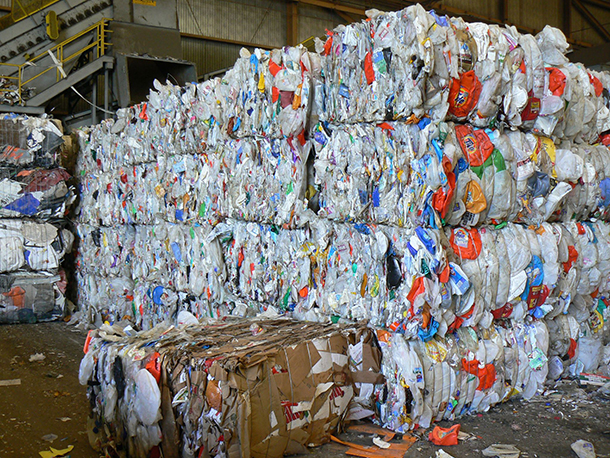 Peter Dykstra and Living on Earth Host Steve Curwood discuss stories about international recycling smugglers as well as reports of high-level meetings between the Trump Administration and federally regulated industry executives who want rules changed. Then they look back 50 years, when the ugly but majestic California Condor almost flew its last wild flight.

CURWOOD: Time now to join Peter Dykstra of DailyClimate.org and Environmental Health News, that’s EHN.org to go beyond the headlines. Peter’s on the line from Atlanta. Hey, how are you doing?

DYKSTRA: Hi, Steve, doing pretty well. You know, there’s no better way to show your devotion to Mother Earth than through diligent recycling of cans, bottles, and other reusasbles.

CURWOOD: OK, but I have kind of got a feeling there’s a catch here.

DYKSTRA: Oh, yeah. In fact, two men were caught. Baldimore Alvarado and Anthony Sanchez allegedly drove two tractor-trailers from Mexico, through Arizona, to a recycling station in Blythe, California, with $20,000 in recyclables on board.

CURWOOD: That’s a lot of beer and soda cans, and driving two trucks from Mexico to California via Arizona doesn’t sound like they were keen on saving energy.

DYKSTRA: Yeah, it’s several hundred miles to Southern California. The two were charged with felony recycling fraud, attempted grand theft, filing a false or forged document, and conspiracy. No word on how big a sentence they would get if they were found guilty. 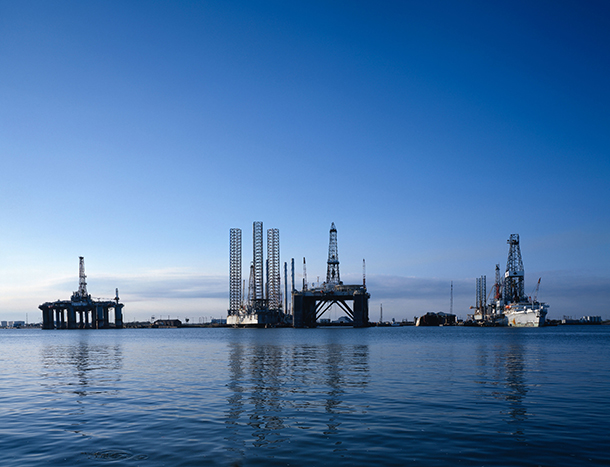 Oil rigs drill off the coast of Galveston, Texas. The Trump Administration invited industries working under environmental regulations for discussions at the White House within days of taking office. BP, among other firms, advocated easing the process for leasing patches of the Gulf of Mexico. (Photo: IIP Photo Archive, Flickr CC BY-NC 2.0)

CURWOOD: And what do you have next for us?

DYKSTRA: Well, inevitably we go to Washington, DC, where only days after taking office, the Trump Administration invited the industries regulated by the feds for advice on how to re-make some rules. According to the Washington Post, Industry suggested easing the process for leasing patches of the Gulf of Mexico for oil drilling.

CURWOOD: Hmm, and who wished for that?

DYKSTRA: Well BP, of course. And the US Chamber of Commerce asked that the Labor Department no longer require the posting of injury records on the internet. But more than half of the 168 comments from industry groups and trade associations concerned EPA.

CURWOOD: Sounds like EPA was the center of the bulls-eye there, huh?

DYKSTRA: I think so.

CURWOOD: From what I can recall, it was a successful captive breeding program. 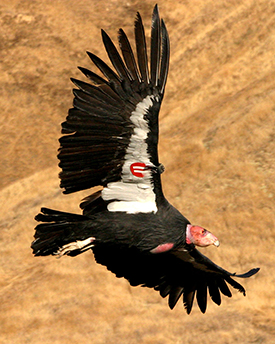 A California condor flies over the Bitter Creek National Wildlife Refuge in 2011. 50 years ago, only one of these birds survived in the wild, but thanks to a captive breeding program, wild condors now number around 200, with another 200 in captivity. (Photo: Pacific Southwest Region USFWS, Flickr CC BY 2.0)

DYKSTRA: Yes, indeed it was. There are now over 400 California Condors, half of them released to the wild.

CURWOOD: So what caused the near-disappearance of this big bird?

DYKSTRA: Well, there were several things. Habitat loss, DDT and ingesting lead shot, those were the main culprits. But now, a hand-made restoration of these huge birds looks like it’s saving a species.

CURWOOD: Yeah, even if that species is only a kind of vulture. You know they still though look magnificent when they’re flying.

DYKSTRA: And kind of ugly.

CURWOOD: [CHUCKLES] Peter Dykstra is with DailyClimate.org and EHN.org. Thanks, Peter. We’ll talk to you again real soon.

DYKSTRA: OK, Steve. Thank you. Talk to you soon.

CURWOOD: And there’s more on all these stories at our website, LOE.org.