We Are All In This Together 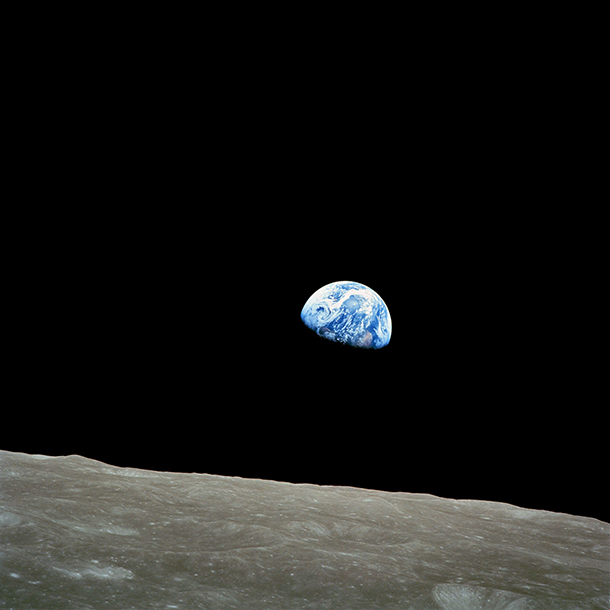 The influential “Earthrise” photo taken by Apollo 8 crewmember Bill Anders on December 24, 1968, while in the crew orbited the Moon. (Photo: NASA / Bill Anders)

To honor Earth Day’s 47th birthday, host Steve Curwood recalls how the first sight of our small, fragile blue planet from space gave urgency to the push to fight for conservation and against widespread pollution, and helped launch a movement. And he notes, despite many environmental gains, serious threats remain that we have to resolve together.

CURWOOD: The other day I was speaking with famed astrophysicist Neil DeGrasse Tyson about his new book "Astrophysics for People in a Hurry" and we’ll air that discussion in the weeks ahead. But part of our conversation particularly struck me in this season of Earth Day.

Neil reminded me that the first Earth Day came little more than a year after we as a species first saw color pictures of our home from space...this exquisite blue marble teeming with life amid the endless darkness—where no political borders are visible. One indelible image from the Christmas 1968 mission of Apollo 8 was called Earthrise, the partially lit disk of the Earth rising above the cratered desolation of the moon, a riveting perspective of the tiny vessel we are aboard for our intergalactic journey as part of the Milky Way. That image reminded us that we are in this together, folks. 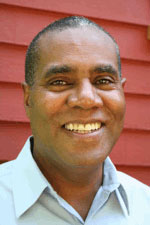 No economic disaster or boom will change our orbit around the sun from this perfect distance where we are mostly warm enough to have liquid water and mostly cool enough to walk outside. And no change in the political order will duplicate the eons of evolution that have given us everything from roses to robins. And, by the way, not only is Earth just a speck in the cosmos, the planet’s habitable zone is just a thin crust a dozen or so miles thick, as thin as the shimmering skin of a large soap bubble. We celebrate Earth Day to remind ourselves that we have the power to pop that metaphorical bubble.

The nuclear warheads packed atop the missiles in just one of the Ohio class submarines in the sea off North Korea could send the planet into nuclear winter if they were all detonated. The unchecked rise of global warming gases could bring Earth’s atmosphere closer to that of Venus, now around 900 Fahrenheit degrees all of the time. And the reckless overuse of chemicals and unbridled destruction of habitat could drive us and the other creatures into oblivion.


More on the Apollo 8 Christmas Mission

1968 Apollo 8 crew reading from the Bible from space