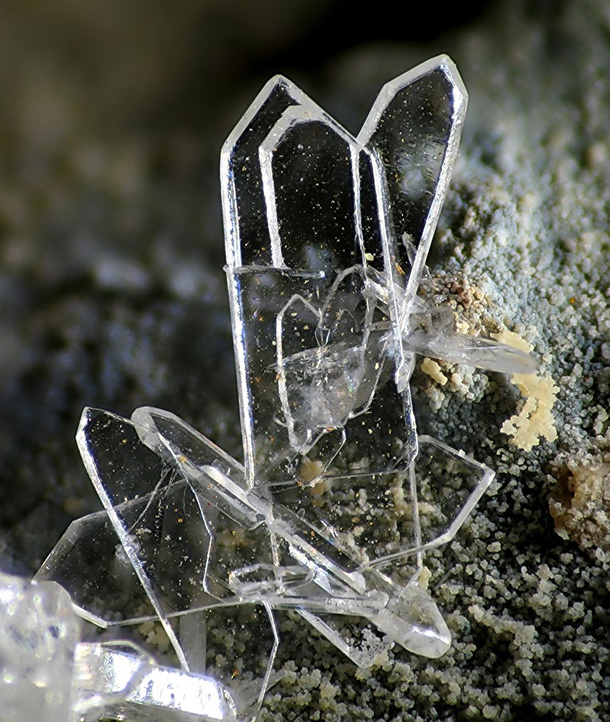 Despite their rigid molecular composition, minerals are sensitive to humanity’s impact on the planet. Now scientists have discovered about two hundred new compounds, created accidentally as a result of human activity in such places as mines or under the sea. Robert Hazen, a research scientist at the Carnegie Institution of Science, describes the discoveries to host Helen Palmer.

PALMER: One of the big questions that currently concerns geologists is what epoch we live in, whether we’ve transtioned from the Holocene era, that began some 12,000 years ago after the last Ice Age, into a new age known as the Anthropocene, or the Age of Man. Now there are data that bolster the case for that transition, the discovery of some 200 new chemical compounds that did not, and could not, exist before the age of man. These new minerals were identified by Robert Hazen and a team from the Carnegie Institution for Science in Washington, DC, and the study published in the journal American Mineralogist.

HAZEN: So nice to be here, thanks so much.

PALMER: Now, Robert Hazen, one of the most engaging things about these new minerals that your team’s found is the names. Can you give me a few of them?

HAZEN: Oh my goodness. They're so whimsical. Bluelizardite named after the Blue Lizard mine, that's a great one. Widgimoolthalite. Can you imagine? That's from a place in Australia that I think very few people have visited. Of course, there are 5,200 names to remember here if you're a mineralogist. Most of us don't know them all.

PALMER: Now, as you say, there are about 5,000 naturally occurring minerals, and I thought chemistry had kind of finished, it had made all it was going to. What changed?

HAZEN: Well, you see, humans disrupt near surface environment. We dig mines. We have ore dumps. We have smelters. We have ships that sink, and then the artifacts on those ships get exposed to seawater that creates new kinds of crystals. That's why there are hundreds of minerals we think are human mediated. So, what happens when minerals form is that they are subjected to various physical, sometimes chemical, sometimes biological processes that help to rearrange those atoms into a new crystal structure. So, when you have a new combination of crystal structure and chemistry, that's a new mineral.

PALMER: So, what does a substance need to have to be considered a mineral? What's sort of special about it to make it a mineral? 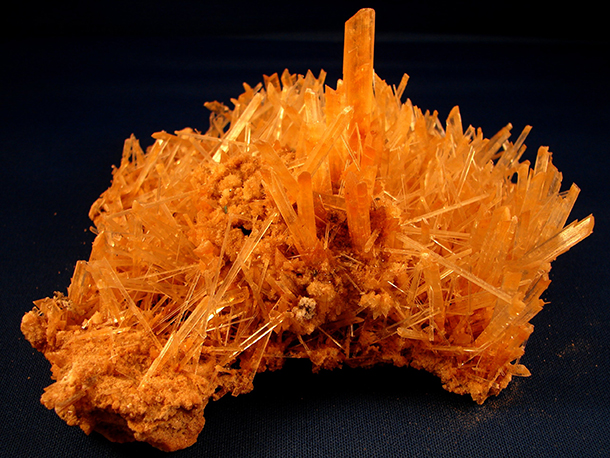 All minerals, including this gypsum sample from a mine in Poland, are classified by their ordered, repeating molecular structure and their natural occurrence. According to Hazen, human-mediated mineral species represent something of a gray area because of their artificial origins. (Photo: Tjflex2, Flickr CC BY-NC-ND 2.0)

HAZEN: So, a mineral is special because, first of all, it's supposed to occur naturally and, of course, there's this grey area when humans get involved in the process. It has to be crystalline. That means it has to have the atoms arranged in a very regular, repeating pattern, and it has to have a chemical composition that makes it distinct. So, if you have that combination, then you have a new mineral, and there's something more than 5,000 of these recognized today on Earth. But, the fact that hundreds of them are arising because of human activities means that we have a pulse, almost the blink of an eye in Earth history unlike anything that ever happened before.

HAZEN: You know, minerals just have to be crystalline, but some of them are very ephemeral. Ice, for example, is a mineral. It's water in a particular crystal structure. But there are other minerals that every time it rains, they disappear. I have a mineral named after me. It's called Hazenite. It is, I have to confess, microbial poop. It occurs in only one place in the world. That's Mono Lake in California, and it only occurs during the dry season. Every time the lake level rises or it rains, all of the world's supply of Hazenite disappears, only to come again when the microbes get busy making more Hazenite in the next dry season. People tell me, Hazenite happens. It's just one of those things.

PALMER: [LAUGHING] So, I don't think Hazenite is a particularly useful mineral. 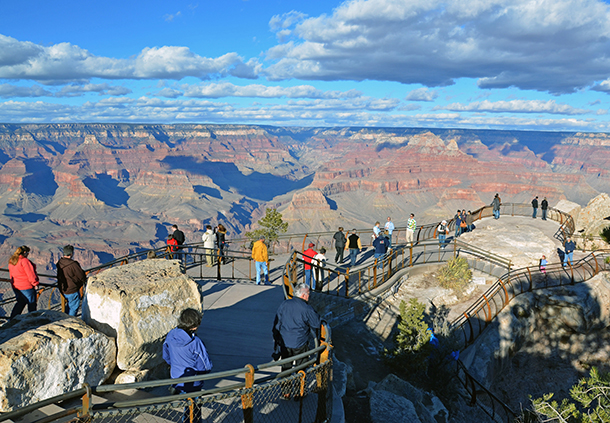 The layers of rock in the Grand Canyon visually depict millions of years, and several different epochs, of mineralogical history. According to Hazen, humanity’s influences on the Earth mark a new, unique geological era. (Photo: Grand Canyon National Park, Flickr CC BY 2.0)

HAZEN: Well, it's not particular useful so far, but I guess the microbes like it, but it is definitely a biologically mediated mineral, and that's what the amazing things we’ve discovered, that more than two-thirds of almost 5,000 minerals require biology in one way or another. And so, these human-mediated minerals, this is just continuing this trend that so many of the mineral species are the result of biology.

PALMER: So, give me a few other examples of where biology comes in.

HAZEN: Well, biology comes in because photosynthesis, also as a byproduct, produces oxygen, and, when oxygen interacts with the surface environment, you get a whole range of new oxidized minerals. And then there are other minerals that are formed in the shells of clams and snails, in the teeth of sharks, and of course people. Bones, excrement, of all things. Tinnunculite is formed when falcons poop onto a burning coal mine, of all things. It's just almost inconceivable, but the burning coal mine basically refines the falcon poop and makes these little crystals which are minerals. They're naturally occurring minerals that form directly by biological processes.

PALMER: How do you feel about these discoveries? I mean, we've looked at nature as the master, but does it alarm you a little that suddenly man has become the kind of creator in this way?

HAZEN: Well, I think in a sense as someone who loves crystals and the diversity of crystals, it's rather marvelous to see. You know, at a time when we worry about biological extinction and a real decline in the variety of species of plants and animals, we're seeing this unprecedented explosion of new kinds of crystals. We're exploring nature in a way we've never been able to explore it before, and that's very exciting to me. 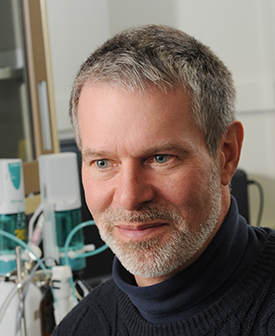 Robert Hazen is a research scientist at the Carnegie Institution of Washington’s Geophysical Laboratory and a professor of Earth Science at George Mason University. (Photo: Carnegie Institute of Science)

PALMER: I was also reading that it may be the greatest sort of creation of new minerals since basically Earth became so oxygen-rich some 4.5 billion years ago.

HAZEN: Yes, indeed. This is the greatest punctuation event in the evolution of minerals. If you can imagine a future geologist, a hundred million years from now, a billion years from now, coming back to Earth, studying the various strata that have been laid down, perhaps going through a Grand Canyon-like structure that cuts through the strata of our time, you could see this rich layer with all of these unusual crystals. These are things that are going to persist for hundreds of millions of years, so, in a sense, humans are creating their own geological time strata.

PALMER: So, these new minerals obviously seem to me a powerful argument for the fact that we entered into the Anthropocene, the Age of Man. How does it seem to you?

HAZEN: Well, I do think that there's a very distinctive horizon of human-made crystals, unlike anything that’s occurred before in the 4.5 billion year history of Earth. Now, it's up to the stratigraphers, who are the official sort of guardians of nomenclature, to decide this, but it certainly seems to me that from a minerological point of you at least we’re in a new era of mineral evolution. That's very exciting to think about.

PALMER: Robert Hazen of the Carnegie Institution for Science in Washington. Thanks for spending the time with us.

HAZEN: Oh, my pleasure. Thank you so much.


The study in GeoScienceWorld: On the mineralogy of the “Anthropocene Epoch”