The Place Where You Live: Chadron, Nebraska

Chadron’s Main Street. The block shown is part of the Chadron Commercial Historic District, which is listed in the National Register of Historic Places. (Photo: Ammodramus, Wikimedia Commons CC)

Living on Earth gives voice to Orion magazine’s longtime feature where readers write about their favorite places. In this week’s edition, Abigail McFee takes us back to her childhood in a small town in Nebraska and describes how the place echoes with history in every corner.

CURWOOD: We head to Nebraska now for another installment in the occasional Living on Earth/Orion Magazine series “The Place Where You Live.” Orion invites readers to submit essays to the magazine’s website, to put their homes on the map and we give them a voice.

MCFEE: I think when people normally think of Nebraska they imagine flat fields of corn and dirt roads between them. And Chadron is really close to the border of South Dakota and we have a state park right outside of it, so there were hills and bluffs and pine trees. But everywhere you went you could still see the entire sky above you.

I’m Abigail McFee and this is my essay about Chadron, Nebraska.

Picture a blue trailer built in the 1970s, with a wide yard on three sides and green linoleum in the kitchen. Place it at the end of a street lined with locust trees. Imagine a square window at the end of the trailer, no more than a foot wide. The curtain is pulled to the side, and at night the warm glow of the kitchen light is always visible through this window. 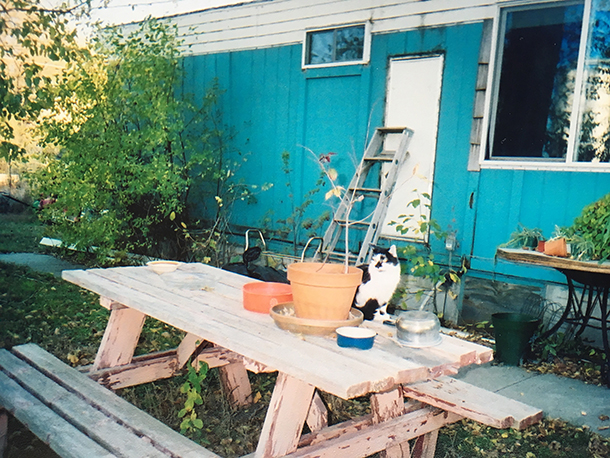 The blue trailer where Abigail grew up with her mom and sister (Photo: Abigail McFee).

We moved to the trailer when I was six years old, after my parents separated. When the last of the summer thunderstorms struck, my sister and I lay awake in awe at the sound of rain pounding the thin walls. There was a feeling of confinement to the trailer and also a sense of expansiveness, as if we were closer to the world outside of it.

The town we now lived in had been a trading post on a creek in 1841, managed by French-Indian fur trader Louis Chartran. The creek took his name, which later tongues murmured into “Shattron,” which evolved again before it became recognizable.

Chadron, Nebraska: Part prairie grassland, part forested hills, part sidewalk that pierced my heel with a locust thorn, part trails we wandered at age ten pretending to be lost explorers, part tree near those trails where a math professor was found burned and bound, part steady hum of the wind.

After the trailer was painted tan with white trim, after my mom and sister moved to New Mexico, after my childhood bus driver retired, after forest fires charred 40 square miles of trees and got us onto CNN, I moved into a basement apartment on the corner of 2nd and Bordeaux, named for another French fur trader. That winter, I managed to get three flat tires. That spring, I graduated as high school valedictorian. That summer, a local author published a book about the math professor, who had lived, he wrote, in the basement of a white house on the corner of 2nd and Bordeaux.

I had moved to Boston for school, but the place was still inside me. 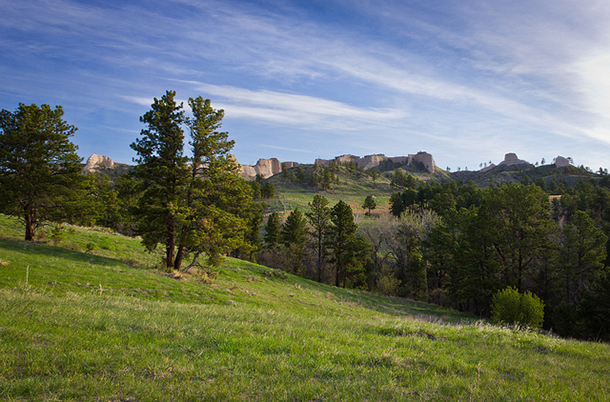 I think Chadron, Nebraska, was my childhood in a sense. It was this place that really got inside of me, where I knew all of the people around me, all of the kids I grew up with. And I had all of these landmarks of memory, which I think is something that is true of almost any childhood. But the interesting thing about living there was that it was rooted in such history. So every summer in the second weekend of July we have a celebration called Fur Trade Days in Chadron and people will dress up in costumes and there’s a buffalo chip throwing contest and everyone eats fried bread. My dad especially would come and visit that weekend. That was his favorite because he was fascinated by the history of the fur trappers, and so he would dress up like a fur trapper and compete in the costume contest. And, you know, I had that, and I had the whispers of Louis Chartran who had been the reason that our town got its name, even though it was through this very warped history. So they were just these people who kind of populated our lives even though they were no longer alive, just as much as the people who we would run into at the grocery store. 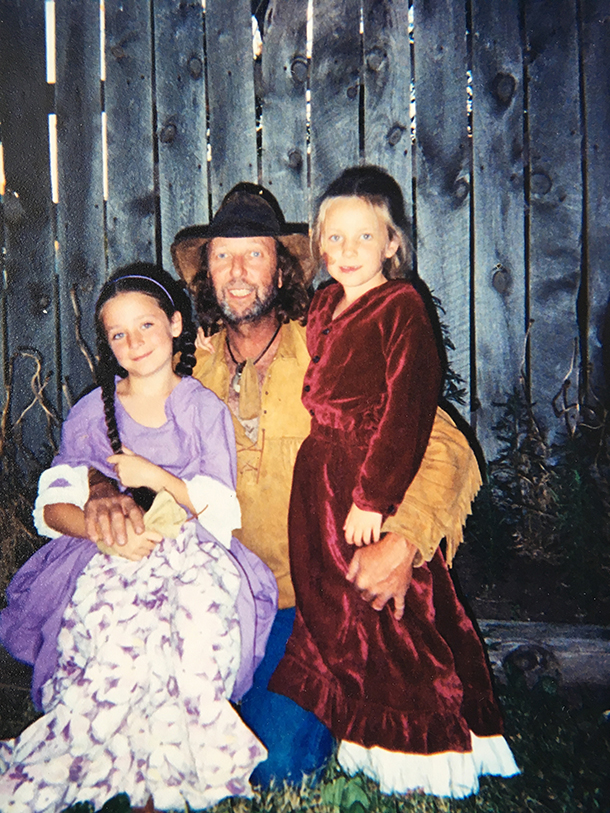 And I think I lived there at exactly the right time, where it spoke to all of the questions that I had about the world. It kind of fostered this wildness inside of me that ironically made me want to go elsewhere. But I think a lot about the unobstructed horizon, because it’s not something that I experience as much now that I’m living right outside of a city. But you had the sense that the natural world was really spreading out around you in an endless way. And I do, when I think about it, just have this feeling of warmth because, you know, there was a sense of never really having to hurry. I think most of my memories, it’s like they go on and on, just hours and hours spent in the backyard, playing or running around on trails in the state park.

When I go back to Chadron, everything about the landscape feels exactly the same to me. A lot of the landmarks that I point to were things that I would’ve taken for granted without having some distance from the town. Even just driving by the turn off on familiar roads or, you know, passing the supermarket that everyone shops in, all of those things seem much more precious when you don’t see them before... its almost as if I forgot they could exist without me, but then when I return to this other place where they’ve always existed, it seems completely normal to me and natural that everything would be, you know, so similar to how it was when I left it. And it's almost as if I could just re-enter that world.

CURWOOD: That’s Abigail McFee and her essay about Chadron, Nebraska. You can find pictures and details about Orion Magazine and how to submit your essay, if you want to tell us about the place where you live at our website, LOE.org.