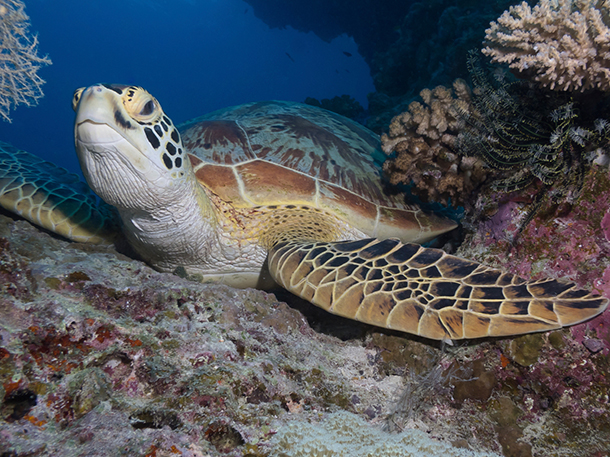 A green sea turtle rests in a stretch of the Great Barrier Reef off the coast of Northern Queensland. A new study from James Cook University suggests these turtles may be carrying bacteria resistant to most antibiotics. (Photo: Green MPs, Flickr, CC BY-NC-ND 2.0)

Peter Dykstra returns and with host Steve Curwood notes antibiotic-resistant bugs in sea turtles on the Great Barrier Reef and hogs in rural Denmark. Then, they reflect on the anniversary of crusade of “Smoky” Joe Barton, a U.S. Congressman who viewed the Obama administration's response to the Deepwater Horizon oil spill as a “shakedown” or BP, and sought an apology.

CURWOOD: Well, it’s been several weeks, but once again Peter Dykstra joins us now on the line from Atlanta for a look beyond the headlines. Peter is with Environmental Health News, ehn dot org and DailyClimate dot org, and he’s been battling a nasty bug. I’m glad you’re back, Peter, and how are you doing?

DYKSTRA: Hi, Steve. I’m still looking at a long recovery, but let’s just say that nasty bugs are much on my mind these days, so let me give you two more. A study published in the Marine Pollution Bulletin found that green sea turtles on the Great Barrier Reef were showing increasing signs of carrying bacteria resistant to anitibiotics that are used in human and veterinary medicine.

CURWOOD: Huh, antibiotic resistance is a growing problem on farms and hospitals and elsewhere, but in a place we consider as pristine as Australia’s coral reefs?

DYKSTRA: Yeah, even as we learn that the reef itself is under serious threat from warming temperatures. The researchers from James Cook University suspect the huge sea turtles are picking up the antibiotic-resistant bugs on contaminated beaches elsewhere and bringing them to the reef. And while marine researchers keep an eye on the reef, halfway around the world, something is infected in the state of Denmark. 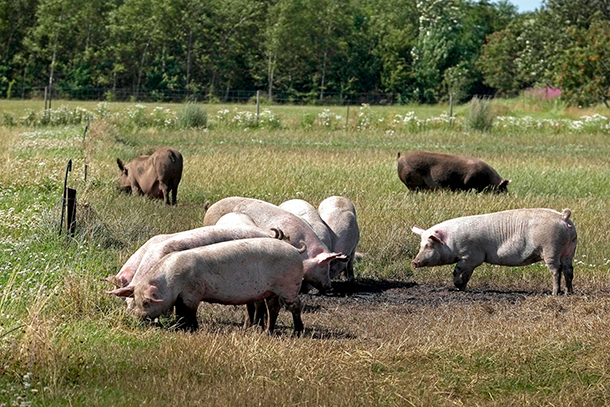 Pigs graze on a farm in the Jutland region of Denmark. American and Danish scientists have identified a “pig MRSA” that is widely resistant to standard antibiotics on many hog farms in the Scandinavian country. (Photo: News Oresund, Flickr CC BY 2.0)

CURWOOD: Well, there’s nothing like a little Shakespeare mixed in with your antibiotics, Mr. Dykstra.

DYKSTRA: You bet, and research from American and Danish scientists published last month in the journal Clinical Infectious Diseases reported the spread of what is to date a mild blood infection confined mostly to large hog farms. But the staph infection known as livestock-associated MRSA is widely resistant to standard antibiotics and could be poised to spread. And all this in Denmark, a nation with some of the strictest controls on the use of farm antibiotics.

CURWOOD: Oh boy, that’s one more thing to keep an eye on. Well, hey, Peter, what about our usual look in the environmental history vault? What do you have for us today?

DYKSTRA: Well, seven years ago this week, Texas Congressman Joe Barton – Critics often nickname him "Smoky" Joe Barton for his apparent closeness to the fossil fuel industry – demanded an apology from the Obama Administration for what Barton saw as a shakedown of BP over the Gulf of Mexico oil spill.

CURWOOD: Yeah, but if my memory serves, by that time, BP had already issued its own apology for the Deepwater Horizon spill. 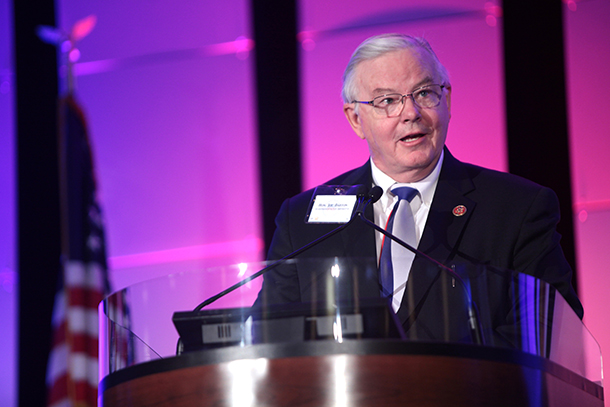 DYKSTRA: They had, but that wasn’t what Congressman Barton wanted. He pretty much accused the White House of extorting money from BP for the spill. Then he backed off the apology demand. Then he kind of reinstated it. Then, like so many of these exquisite moments in environmental history, everybody forgot about it and moved on.

CURWOOD: Well, we’re glad that you’re back to remind us of it all. Peter Dykstra is with EHN.org and DailyClimate.org. Talk to you again real soon Peter. Great to have you back!

DYKSTRA: Yeah, I’m glad to be back too, Steve, and glad to be on the mend.

Mother Jones: “We Have No Way of Knowing if This Scary Superbug Has Already Hit the United States”