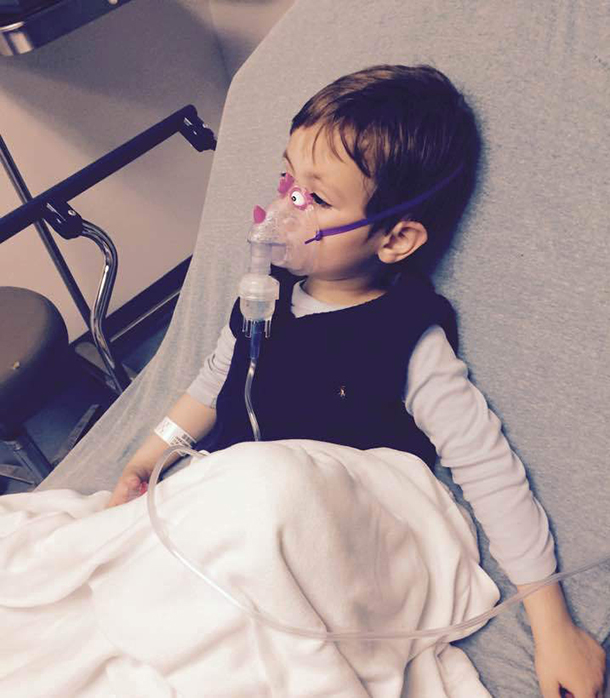 Four-year-old Ronan Annegarn, who lives in Pittsburgh’s Friendship neighborhood, was recently diagnosed with asthma. There is no history of asthma in his family. (Photo: Erin Halloran)

Children living near sources of pollution have virtually the same risk of developing asthma as those exposed to secondhand tobacco smoke, according to early results of a study in Western Pennsylvania. Carnegie Mellon researchers surveyed 1200 children living near the Pittsburgh area’s biggest polluters, as Liz Reid of The Allegheny Front and WESA reports.

CURWOOD: Dangerous pollution can come in many forms, from dirty water to dirty air, and children are often the most susceptible. A survey conducted by Carnegie Mellon University of 1200 children living near some of biggest polluters in the Pittsburgh area shows that kids who live near sources of pollution run the same risk of developing asthma as those exposed to secondhand tobacco smoke. Allegheny Front contributor Liz Reid prepared this report.

REID: I’m sitting on a swing at the playground outside Woodland Hills Academy in Turtle Creek, Pennsylvania. I can’t see it or smell it… but according to data gathered by Carnegie Mellon University, I’m breathing in about eight parts per billion of nitrogen dioxide, and about five micrograms per cubic meter of black carbon.

That’s primarily because I’m downwind of US Steel’s Edgar Thompson Works in Braddock, just outside of Pittsburgh. The facility has been making steel for almost 150 years, and that entire time, nearby residents have been breathing in the pollution that it spews from its stacks, including the children of the Woodland Hills School District, and researchers are finding it's impacting their health.

GENTILE: For years we've had school nurses tell us a large percentage of children have asthma, that up to half the kids in our schools might have an asthma inhaler.

REID: That’s Deborah Gentile, an allergy and asthma specialist with the Pediatric Alliance. For two years, she’s been collecting data on asthma rates among elementary school children who live near sources of pollution, such as the steel mill in Braddock, Clairton Coke Works, and the Cheswick Power Station in Springdale.

GENTILE: It's running about 35 percent. And of those about two thirds of them or 24 percent actually know they have asthma. But we're diagnosing new asthma in about 10 percent. 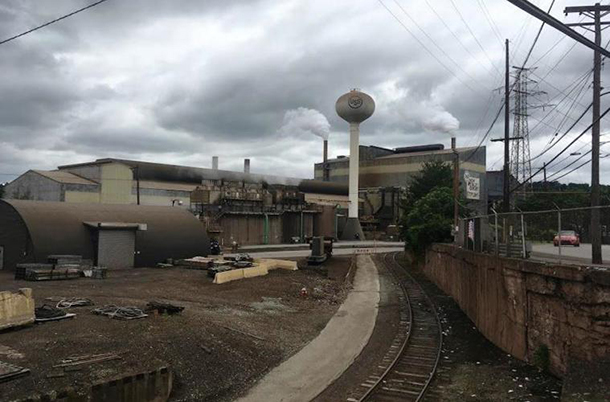 REID: By comparison, the national asthma rate is about eight percent. In Allegheny County as a whole, it’s 13 percent.

Gentile’s method is straightforward. She sends children home with a simple, four-question survey for their caretakers to fill out, asking how often the child has experienced symptoms such as wheezing, coughing or trouble breathing. Gentile compared the results of her survey with the Carnegie Mellon data, and found, unsurprisingly, that kids who live near point sources of pollution are more likely to have asthma.

REID: Because these particles are so small, they embed deep into the lungs. Particulate matter has been linked to health problems such as lung cancer, asthma attacks and even premature death, according to the American Lung Association. Nitrogen oxide also contributes to kids developing asthma or having more frequent attacks. Gentile says she’s particularly troubled by another aspect of the data.

GENTILE: Near these point sources of pollution we tend to see more minority families as well as more lower socioeconomic status and that's what they find in other cities as well. These are the people who can't afford to live elsewhere.

REID: Gentile says the pollution, and the asthma it causes, have far-reaching consequences in a child’s life.

GENTILE: As a doctor who takes care of children with asthma, I see them missing school, not being able to participate in activities, they're not sleeping at night, their parents aren't sleeping at night. It has a tremendous impact on their life.

REID: Gentile and her team are currently compiling all of the data from her surveys, and expect to put out a full report out later this year, with the goal of spurring government action. To start, she’d like to see asthma screenings mandated in schools. And she’s hopeful the data showing that a third of children near these pollution sources have asthma will be the push policymakers need to clean up the air in Allegheny County.