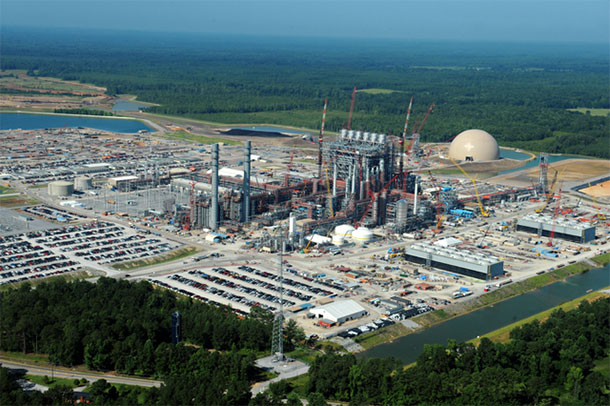 This week, Host Steve Curwood takes a trip Beyond the Headlines with Peter Dykstra to celebrate Germany’s achievement of 35% renewable power, and note how both nuclear power and clean coal are stumbling in Georgia. Also, thought it didn’t derail the project, it’s been 40 years since nearly fifteen hundred people were arrested protesting plans to build Seabrook Nuclear power plant.

DYKSTRA: Hey Steve, would you mind if we started with a little good news this week?

CURWOOD: I’m ready for that anytime. Go ahead.

DYKSTRA: Well, Germany's on a pace to get 35% of its electricity from renewables this year.

CURWOOD: Well, that's impressive. There’s not so much push in Washington for that right now.

DYKSTRA: Or for science either. The lights are out in President Trump's Science Office.

DYKSTRA: Well, there’s no boss for science in the Whitehouse, and no staff, apparently, either. But as news like the colorful Presidential tweets capture headlines, episodes like Mr. Trump's abandonment of the Paris Climate accords became background noise, or as the President likes to say, "fake news."

CURWOOD: Hmmm, well, OK, so what else do you have for us today?

DYKSTRA: So let's move on to one that's close to home for me here in Georgia. Southern Company, the big utility conglomerate here in Dixie, bailed on a $7 billion so-called "clean coal" project in Mississippi.

CURWOOD: I guess you could say these are dark days for the concept of clean coal. 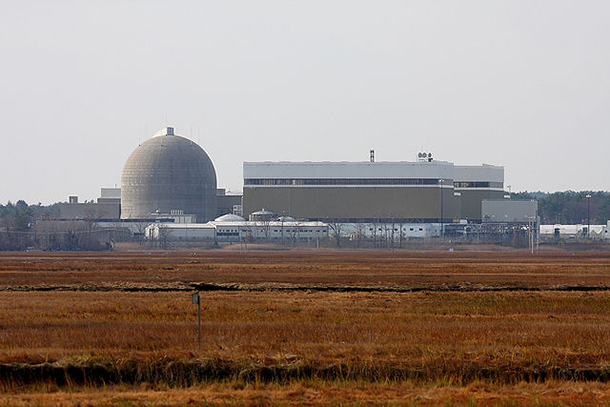 DYKSTRA: Yeah they sure are. The Kemper plant was the nation's most ambitious clean coal experiment. With the failure of Kemper, as many predicted, "clean coal" is pretty much dead.

It’s not been a good week for Southern Company, particularly as its nuclear arm, along with Georgia Power has invested -- bigly -- in the Plant Vogtle nuclear project’s two reactors.

Georgia Power and Southern Company said they expect to take over the formal management there in late July since a key contractor, Westinghouse, has filed for bankruptcy.

DYKSTRA: Well, the project is at least two years behind schedule and three billion dollars over budget.

CURWOOD: That’s a piece of change. What about history this week. What can you tell us?

DYKSTRA: Well, let’s stick with the nukes because this spring marked 40 years since the peak of the anti-nuclear power movement in the US.

One thousand, four hundred fourteen people got arrested for occupying the construction site of the Seabrook nuke plant in New Hampshire.

CURWOOD: Yeah, but in spite of those protests, one of the Seabrook nuke reactors got built.

DYKSTRA: Yes, but after protests like Seabrook and accidents like Three Mile Island and Chernobyl, Wall Street's cold feet on nukes never really warmed up. 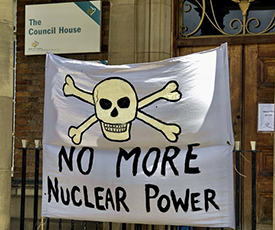 CURWOOD: And I guess all these problems there in Georgia aren’t going to reverse the trend.

DYKSTRA: I seriously doubt it Steve.

DYKSTRA: All right, Steve, thanks a lot. We’ll talk to you soon.

CURWOOD: And there's more on these stories at our website, LOE dot org.

The Boston Globe | “40 years after the Seabrook Protests”

CNN | “No Room for Science in Trump”