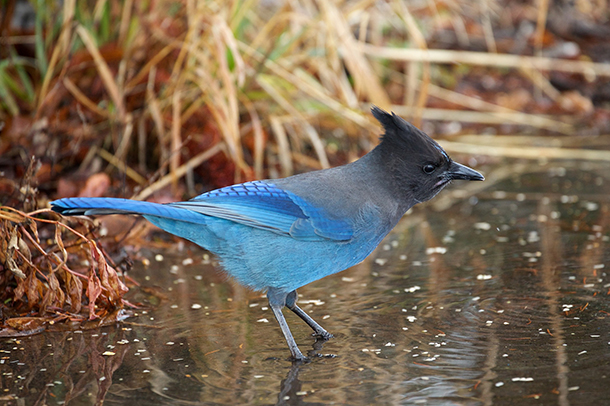 Some birds’ names reflect their habitat, like the Sage Grouse, or, like the Chickadee, their song, but as Mary McCann comments, some memorialize intrepid bird-lovers like Georg Wilhelm Steller.

CURWOOD: Many birds are named for the place they live --- think the Sage Grouse – or for the sounds they make – like the Chickadee. Then there are some, as Mary McCann reminds us, that memorialize ardent birdwatchers and bird-lovers.

This loud, raucous call belongs to a common jay of the Western states, the Steller’s Jay.

You might mistakenly call this bird a Blue Jay, seeing its bright cobalt-blue body. But when the Steller’s Jay was first discovered, the name “Blue Jay” had already been assigned to a different species of jay living in the Eastern United States

You might guess that the word “Steller” describes an exceptional jay, [Steller’s Jay scolding] but Steller, spelled s-t-e-l-l-e-r, comes instead from a man’s name.

It was back in July of 1741 that Georg Wilhelm Steller, the first European to set foot on land later known as Alaska, first sighted this jay. Steller was a German naturalist on the St. Peter, a Russian ship exploring the Bering Sea. 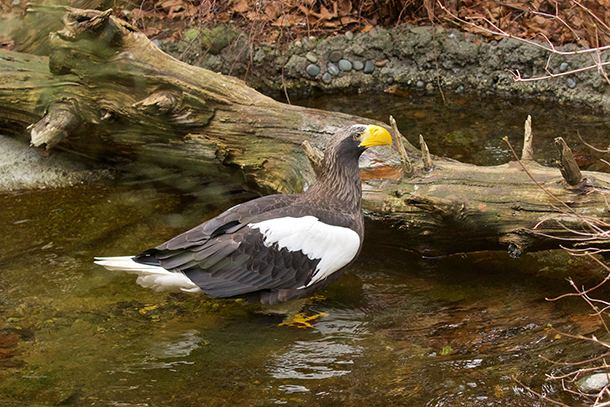 The Steller’s Sea Eagle also bears the name of the adventurous German naturalist who explored the Bering Sea on the St. Peter. (Photo: Gregg Thompson)

[Waves and creaking of a ship]

Shortly after finding and describing this jay, Steller was shipwrecked on Bering Island for over a year. After enduring a harsh winter and rebuilding their boat, the few survivors, including Steller, returned to Russia.

Steller wrote a book about the creatures that lived on the island. Many were later named for this adventurous and feisty German, among them the Steller’s Sea Eagle and the Steller’s Eider.

CURWOOD: And for photos, soar on over to our web site, loe.org.

Atlas Obscura: “Shipwrecks, Scurvy, and Sea Otters: The Tale of the First European in Alaska”