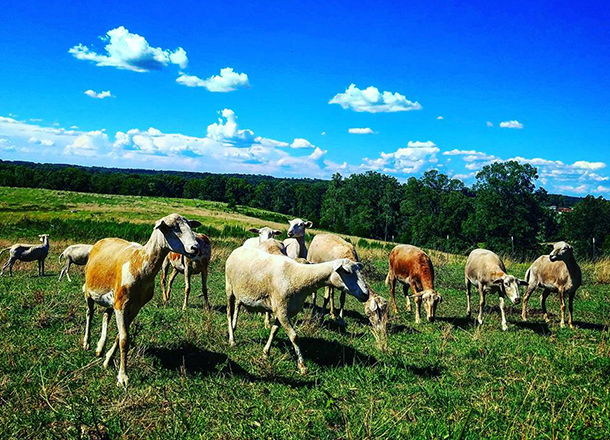 Veterans must often wait months for health appointments at V-A facilities. So a combat vet in Georgia founded a farm designed to immerse returning soldiers in the restorative rigors of working the land, a special boost for those suffering from post-traumatic stress disorder. Reporter Sean Powers has the story.

The U-S Department of Veterans' Affairs has been making efforts to ensure that veterans don’t have to wait too long for mental and physical health appointments at the V-A, after wait times spiked to over 30 days during 2016. But those long wait times sparked an imaginative and novel push in Georgia to improve care for vets by helping them connect with their roots… down on the farm.

Reporter Sean Powers of Georgia Public Broadcasting has the story.

POWERS: On a 25-acre farm in rural Milledgeville, in Baldwin County, Jon Jackson looks through a gate separating him from his goats.

JACKSON: Animals don’t care about your bad day. They’re going to come up and they’re like, “I want you to pet me.” You know? And you’re like, “OK, but I’m feeling really mad right now, but I’m petting you,” and, man, they don’t know the amazing stuff they do for our vets who come through.

POWERS: It’s been a long journey for Jackson, going from battlefield to farmland. He served six tours in Iraq and Afghanistan, and he returned home with post-traumatic stress disorder and traumatic brain injury. Getting care has been a challenge.  Initially he was seeing a psychiatrist at the VA center in Tuskegee, Alabama. But, he says, he was told he had to wait six months between appointments. Last year he had a meltdown. He called the VA’s crisis hotline, and he says the earliest they could see him was in eight weeks. After a lot of pushing, they moved that up to two weeks, but Jackson says it shouldn’t have been that hard.

JACKSON: Every appointment that I got with them was because it was like, “No, I need to see you right now.” You know? I had to push it and it was like I’m fighting, fighting, fighting. You know what, man? You get sick and tired of fighting. Why am I fighting for care? Well, guess what happened within that six months. Guess what happened. I come back, and I find I got diabetes. So, I’m taking all these medications. You know, there’s nobody watching Jon Jackson.

POWERS: Instead of waiting for care, Jackson wanted more immediate attention. So, he moved to Milledgeville with his family, started going to a nearby VA facility in Dublin, where he says care is better, and he started a farm. It’s called Comfort Farms, named after a friend of Jackson's who was killed in action in Afghanistan. Comfort Farms is ripe with everything from okra and tomatoes to chickens and pigs.

POWERS: For Jackson, farming fits like a glove, as he readjusts to civilian life with the scars of war. 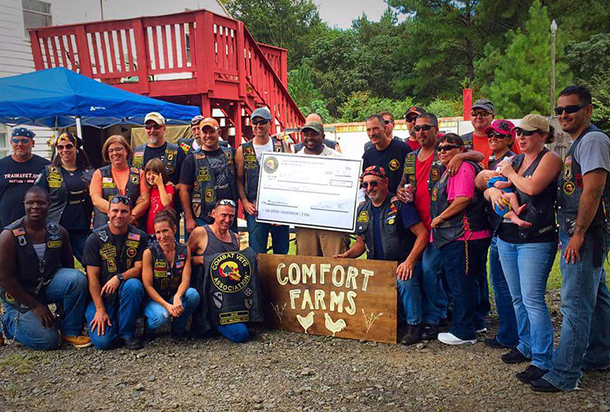 POWERS: Veterans coming back from conflict often struggle with transition to civilian life. They have higher rates of depression and suicide, and they’re more likely to be unemployed. Jackson hopes to change that by introducing more vets to farming. He’s got a USDA grant to travel the state, training vets on agriculture. 150 vets and their families have visited his farm so far this year. One of them is Thomas Scott Kennedy, who also suffers from PTSD.

POWERS: I’m in his car as we ride to the VA center in Dublin, where he has three appointments that were scheduled a little less than a month ago. VA data released in August shows on average 92 percent of vets with appointments are waiting 30 days or less for care. Kennedy says, working on the Comfort Farms helps him while he waits.

KENNEDY: You’re dealing with the VA on a every other week, every once a month type of situation where in the farming environment with Jon and the farm, every morning you’re up doing something. You’re taking care of the animals. You’re looking outward. You’re not looking inward. That’s helpful.

POWERS: That’s a huge leap from where he was a few months ago. During Memorial Day, he charged head-first into the side of his house. His family watched in horror as blood ran down his head. His wife applied for a protective order. A judge ordered Kennedy to stay away from his family for a year.

KENNEDY: And that basically sent me over the edge again, and that’s when I went into the woods and starting taking medications in order to end my life.

NEWS ANCHOR: Investigators in Oglethorpe County are looking for a missing Marine veteran who they say could be suicidal, 49-year-old Thomas Scott Kennedy last seen June 2nd. He drives a silver 2004 Toyota Tundra…

POWERS: A friend found Kennedy and connected him with Jon Jackson. Now Kennedy lives on Jackson’s property, on one condition – that he helps on the farm. Melinda Paige is a counselor in Atlanta. She works with people suffering from PTSD, and she says having them work together - like on a farm - can help stimulate brain activity.

PAIGE: I believe they do better when they have a shared mission. They’re extremely resilient, strong individuals, and since PTSD is a medical condition, it’s a treatable medical condition, it means their brain is simply injured by the high stress that they’ve lived with and can be healed. 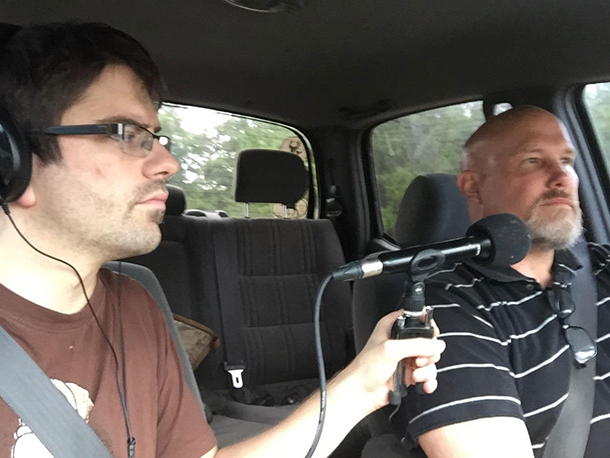 POWERS: Nearly half of veterans returning from Iraq & Afghanistan are from rural areas. But the USDA says very few go into farming. The director of the Dublin VA sees her center’s location in rural Georgia as an opportunity. Maryalice Morro is talking with the state’s Department of Agriculture about growing fresh produce on-site that can be used in her center’s cafeteria.

MORRO: We house approximately 115 veterans in our domiciliary, mental health rehabilitation program that helps veterans with homelessness, PTSD, substance abuse and/or a combination of those get back on their feet. They’re usually here for a period of 60 to 90 days, so it would be a great way to teach them new skills or give them something to do while they’re here. Could be therapeutic.

POWERS: There are still a lot of unknowns about the benefits of farming for veterans. But it may take off as the nation’s farmers get older, and the VA searches for ways to improve care while cutting down on wait times.

For Living on Earth, I’m Sean Powers in Atlanta.