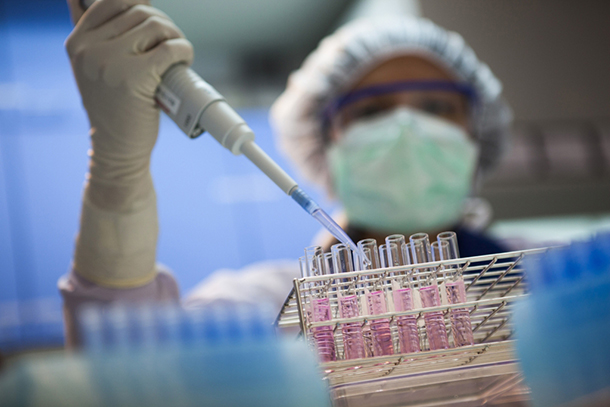 A lab technician works in the Immunology department at one of Sanofi Pasteur’s locations. The company was developing a Zika vaccine in partnership with the US Food and Drug administration, which has now cut funding of the project. (Photo: Sanofi Pasteur, Flickr CC BY-NC-ND 2.0)

Peter Dykstra and host Steve Curwood discuss two contradictory science-related Trump administration nominees as well as developments on the Zika Virus, this week in Beyond the Headlines. They also note the devastating Great Galveston Hurricane that hit Texas in 1900.

CURWOOD: Let’s check on the world beyond the headlines now with Peter Dykstra of DailyClimate.org and Environmental Health News, EHN.org. Peter is on the line from Atlanta, Georgia. Hey there, how are you doing?

Let’s start with mixed messages from the Trump Administration on how it’s planning to address pressing environmental concerns.

CURWOOD: Well, a lot of environmental advocates would tell you that a mixed message is the best messaging they’ve heard in a while from this administration.

CURWOOD: Hmm, I seem to remember a previous member of the Oklahoma delegation from Tulsa who was also an avid pilot and who had a pretty strong profile on climate change. 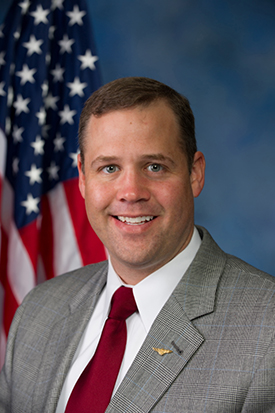 DYKSTRA: And he still does, and of course you’re referring to the Senate’s uber-climate denier, Jim Inhofe, who’s called climate change “a hoax”. Bridenstine’s something of a protégé of Senator Inhofe.

CURWOOD: Well, presumably not good news for the state of Federal climate science.

DYKSTRA: No it’s not, but over at NOAA, the number two slot is going to an actual scientist with an actual background in oceanography and an actual track record of concern about what the science says climate change is doing right now.

CURWOOD: Well, how did that happen?

DYKSTRA: Another mystery, but retired Rear Admiral Tim Gallaudet will be poised to swim against the tide of climate denial espoused by the President, espoused by several cabinet members, and by quite a few Senators like Jim Inhofe who will be called upon to approve his appointment.

DYKSTRA: Well, one of the fierce new stresses of 2016, thought to be here to stay, has pretty much been AWOL for the year 2017. Do you remember Zika?

CURWOOD: Oh, yeah, the widespread mosquito-borne disease that caused so many birth defects a year ago.

DYKSTRA: Well, in 2017, I’m happy to report that it’s pretty much stopped. Cases in South America and the Caribbean are way down, and the Florida Department of Health has received one-tenth the number of new case reports than they did a year ago.

CURWOOD: Well that’s good news, but is there a reason for this decline?

DYKSTRA: We don’t know what the reason is, but let’s take the good news where we can get it, whether it’s in Florida and Latin America, even if there’s good news with a bad news component.

CURWOOD: Uh-oh, I thought there’d be a catch. What’s the bad news?

DYKSTRA: The vaccine-making giant Sanofi Pasteur has been working on a Zika vaccine, but its partners at the US Food and Drug Administration lost interest and dramatically cut funding, so no more vaccine project. It would have been nice to have a vaccine, if Zika should make a comeback.

DYKSTRA: Sure, and let’s set the way-back machine for the year 1900. The Great Galveston Hurricane of September 8, 1900 could make a pretty good claim to being the storm of the century. Galveston, just 50 miles southeast of Houston, had already blossomed into a major vacation spot on the Gulf of Mexico, and it was also a major shipping town to export cotton and the other goods of the great state of Texas. In 1900 the US Weather Bureau was only thirty years old, and forecasting models didn't have computers, or satellites, or even wireless warnings from ships at sea.

CURWOOD: So, we had no warning that a huge storm was bearing down on Galveston?

DYKSTRA: Well, that’s the thing. Actually we did, but political rivalries got in the way. The storm had already done a huge amount of damage in Cuba. Then it gathered strength across the warm waters of the Gulf of Mexico, and Cuban meteorologists tried to warn their American counterparts, but the American weathermen and the Cubans hated each other’s’ guts, so the Cuban warnings went largely ignored.

DYKSTRA: At least 6,000. But you know, today, with modern forecasting and instant communications and the painful lessons of Galveston and other disasters, the death tolls for comparably fierce storms in a bad hurricane year, like the one we’re in now, is way down from the Storm of the Century of the year 1900.

NPR: “Is Zika Still A Problem In Florida And The Caribbean?”

Read further about the 1990 Galveston hurricane: “Isaac’s Storm: A Man, a Time, and the Deadliest Hurricane in History”