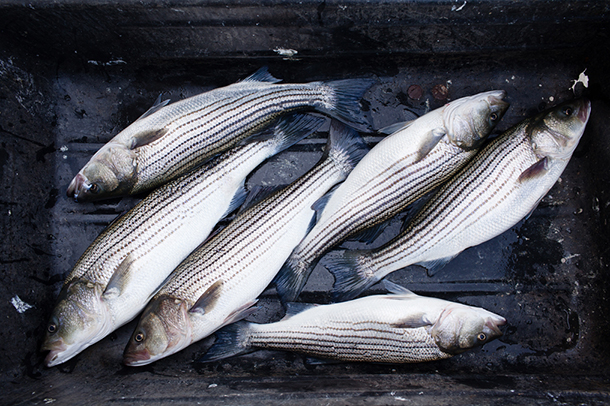 New York’s rivers teem with fish, but it’s hard to keep track of the different species. As Don Lyman explains in this week’s Note on Emerging Science, researchers have found a new way to measure fish migration and what New Yorkers are eating, by DNA left behind in the water.

In a minute, salmon on the run, but first this note on emerging science from Don Lyman.

LYMAN: For the first time, scientists have used DNA collected just from water samples to conduct a fish migration study. For six months, researchers from Rockefeller University took one liter water samples each week from the East River and Hudson River in New York. As fish swim they leave traces of their DNA in the water, from the slimy outer coating on their bodies or in their waste. By using this environmental DNA, called eDNA, the scientists were able to determine which fish species swam through the water on each test day. The eDNA data correlated with previous fish migration studies using trawls with fish nets that had taken many years to conduct. This new technique requires a fraction of the work and cost of trawling and doesn’t harm any fish.

As for the results, the researchers identified the DNA of 42 fish species, including most of those known to inhabit the rivers, such as menhaden, striped bass and toadfish. E-DNA also provided the researchers with a mystery, as they found DNA of fish species such as tilapia, salmon and red snapper, species that don’t swim in the Hudson River. But they are species commonly eaten by New Yorkers, leading the scientists to conclude that the DNA probably passed through humans and the wastewater treatment system. The researchers note that this could provide yet another use for eDNA, helping to identify endangered species being sold as food in local stores and restaurants.

Yale Environment 360: “A Splash of River Water Now Reveals the DNA of All Its Creatures”