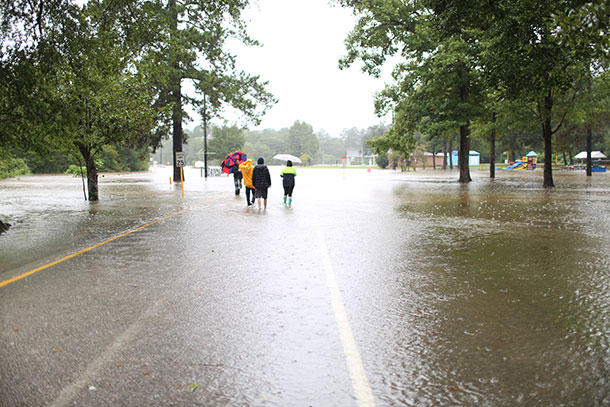 As Houston area people return to businesses and homes flooded during Hurricane Harvey, researchers are gathering base line data from volunteers on their chemical exposures wearing wristbands. Melissa Bondy, a Professor in the Department of Medicine-Epidemiology and Population Sciences at Baylor College of Medicine, explained to host Steve Curwood how these wristbands and mapping of reported releases will help assess current and future health risks for victims of natural disasters.

CURWOOD: From PRI and the Jennifer and Ted Stanley Studios at the University of Massachusetts, Boston, this is Living on Earth. I’m Steve Curwood. The trifecta of devastating hurricanes this season has been horrible for human health, with many in Puerto Rico still engaged in a dire struggle for survival with food, water, shelter and medical care in short supply. And where floodwaters have already receded in Texas, researchers are gathering data to understand the health effects of chemicals and mold released by the floods of Hurricane Harvey. Hundreds of people returning to their flood-damaged homes and businesses in the Houston area have volunteered to wear wristbands that gather evidence of toxic exposure. The wristbands and related questionnaires are then submitted to a team led by Melissa Bondy, an epidemiologist at Baylor’s College of Medicine. She joins us now. Professor Bondy, welcome to Living on Earth.

BONDY: Thank you. Glad to be here.

CURWOOD: So, what's it like to be a health professional in the middle of a disaster?

BONDY: I completely changed focus from doing my regular research to totally redirecting things at the drop of a hat to start to study the health effects of people that have been affected by Hurricane Harvey. And it's been exciting but overwhelming and bringing my staff together who don't normally do disaster-type research, and trying to understand what's going on in our community and what effect it has had on so many different communities in different ways. 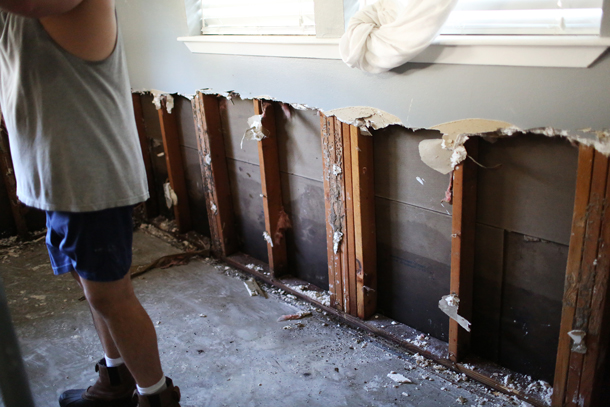 Researchers are concerned that Houston residents who are returning to homes damaged by Harvey will face toxic chemical exposure, including mold from floodwaters. (Photo: Jill Carlson, Flickr CC BY 2.0)

CURWOOD: So, tell me how do these wristbands work to assess chemical exposure?

BONDY: So, these wristbands are really exciting, novel, and they were developed by Dr Kim Anderson at Oregon State, and basically they're little bracelets just like the Livestrong wristbands that have been used, and what they do is they measure about 1,500 different chemicals ranging from caffeine to tobacco smoke to your cosmetics that you wear to pesticides and benzenes and a huge number of different types of PCBs and polycyclic aromatic hydrocarbons, and they put it back in a little bag that they send it to us. And so it doesn't get anything else on it so that it's really a personal exposure assessment for a seven-day time window.

CURWOOD: So, you're a health detective. What's at the top of the list of suspect chemicals for you with these wristbands?

Melissa Correa, a reporter for Houston’s KHOU 11, tweeted out photos of Baylor College of Medicine distributing wristbands to residents.

I can't wait for results! Folks in #Baytown wearing bracelets so #BaylorCollegeOfMed can study chem exposure after #Harvey. #khou11 pic.twitter.com/N0l3PQ0qYk

BONDY: So, what we've seen in the 150 or so people that we've interviewed that most of the people are telling us that they have respiratory infections, sinus infections, throat irritation and most of the things that they're reporting are upper respiratory. So, I'm not sure. I mean, because with 1,500 chemicals, which ones are the ones that are going to fall out as being relevant? What types of things would be irritating to the respiratory tract? And each of the communities that we've been interviewing people in have different types of exposures. One or two of the neighborhoods are closer to Superfund sites where there's chemicals that have been leached into the soil and probably into some of the groundwater near these homes, and the other population is living closer to where they released the floodwaters out of the Addicks reservoirs. We're also looking at mold, so maybe it's mold exposure and we're looking at some of the effects on the microbiome. So, we have multiple exposures going on here that could exacerbate the effects that we're seeing in the population already. 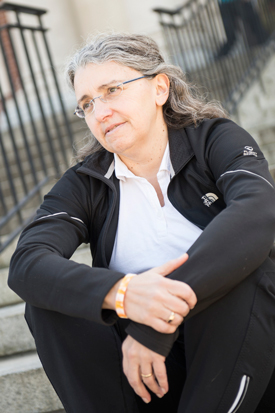 CURWOOD: Now, as I understand it, not only are you going to get data about what people are exposed to now but you'll be following them in the weeks, months, years, maybe even decades ahead. What's the power of a longitudinal study like this?

BONDY: So, I've never looked at populations longitudinally that have been exposed to floodwaters, and the wristbands have never been used in a flooding situation. They've been used in other types of disasters, but not anything like this. So, we have no idea what to expect and what the long-term effects could be. You know, we only have examples of what happened with 9-11 and what happened with others and their exposures were quite different, and now many years later we're seeing lots of health problems – cancers – occurring. And you know what we're doing right now is collecting data so that we would have three, six and 12 month windows of time. In the meantime, we have to be building a repository at the same time that we start thinking about what the next phase of the research will be.

CURWOOD: Now, I know that professionally your, kind of, sub-specialty has been in cancer prevention. How helpful do you think your study would be to look at things like cancer risks from chemicals? 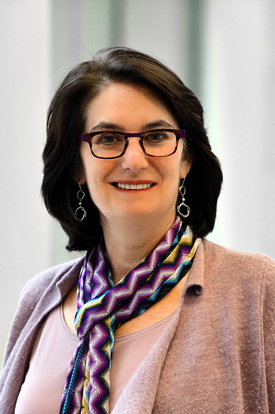 BONDY: I think it could be significant, because many of these people in several of the neighborhoods are totally exposed to many different types of chemicals. So, we're thinking that we could see cancers down the road. I mean, we don't know that yet. We want to work with other groups that are collecting air monitoring and water samples so that we can have a composite of different exposures that we'll be able to correlate with what we're collecting on the health side of it. So, it's going to take a lot of effort but there's a lot of soon-to-be publicly available data so that we can incorporate it into some of our GIS models, look at maps so that we can really estimate both personal – the area sampling and the home sampling – so that we could really have a good idea of what's going on.

We don't know what's going on in some of these other places where there was just Category five hurricanes in Florida and as well as in some of the islands and Puerto Rico and exposures that people might have. So, what we're hoping to learn can be used for other disasters that are probably going to happen in the near future.

CURWOOD: Melissa Bondy is a Professor in the Department of Medicine and Epidemiology and Population sciences at Baylor College of Medicine in Houston. Thank you so much for taking the time with us today, Dr. Bondy.

BONDY: Thank you so much for inviting me. I really enjoyed being on your show.