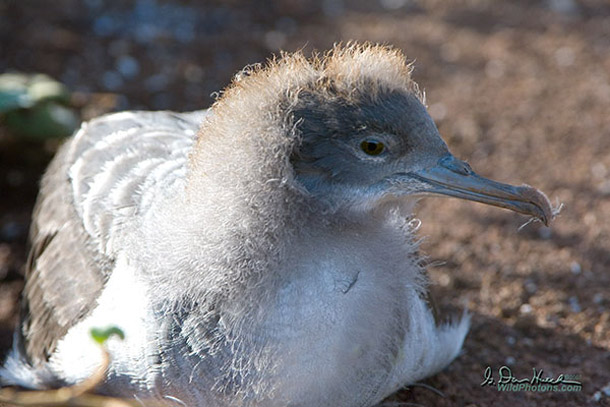 Upon first exploring the Indian and Pacific Oceans, European sailors were horrified by the haunting moans of seabirds called Wedge-tailed Shearwaters, as BirdNote’s Michael Stein explains.

CURWOOD: At Halloween, we think of ghoulies and ghosties and long-leggitty beasties – indeed, you may even get some of them at your door demanding candy. And as Michael Stein tells us in today’s BirdNote®, some of our avian acquaintances would fit right in.

BirdNote®
The Spooky Shearwaters
STEIN: Imagine yourself an 18th Century sailor, rowing out from your boat at night toward a remote Pacific island. You’re heading to the island to find fresh water for the ship, only to be greeted by this frightful moaning.

Some early sailors feared this ungodly wailing meant they had been tricked ashore at the gates of Hell itself, when in truth they stood shuddering among courting pairs of seabirds called Wedge-tailed Shearwaters.

Dark, gull-sized seabirds with long, thin, tapering wings, Wedge-tailed Shearwaters nest on islands in the tropical Pacific and Indian Oceans, from Hawaii to western Australia to Madagascar. Most dig burrows to nest in, two to six feet deep with a bend that allows the incubating birds to rest unseen. From dusk to midnight during courtship, pairs of Wedge-tailed Shearwaters sit facing one another on the ground, and puff up their throats to perform long duets of eerie wailing – sometimes sending spooked sailors rowing in panic back to their ship for a ration of grog. 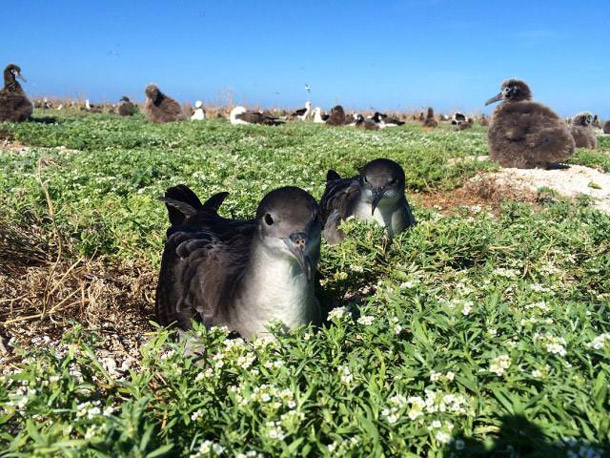 Wedge-tailed Shearwaters nest on the ground. Their range stretches from Hawaii and the Pacific all the way to the beaches of Madagascar. (Photo: US Fish and Wildlife Service)

Learn more about the Shearwater from the Cornell School of Ornithology