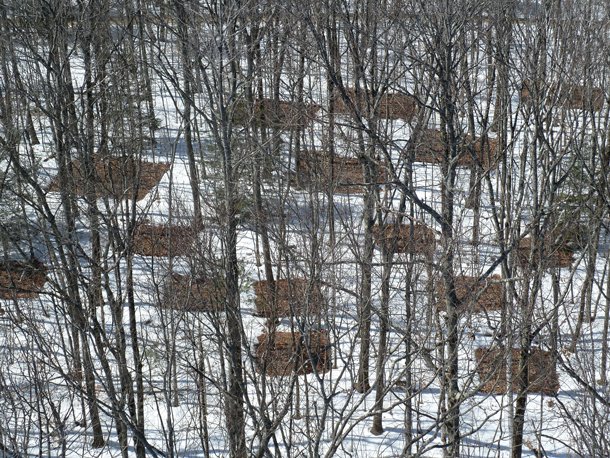 Since 1991, scientists have been measuring carbon loss from soils heated to temperatures expected by 2100 if fossil fuel burning continues unabated. The test sites are in the Harvard Forest, a field laboratory in Central Massachusetts. The concern is that as global warming releases soil carbon it will stimulate even more warming, and the study attempts to quantify the risk. Host Steve Curwood spoke with the study’s lead author, Jerry Melillo, Distinguished Scientist at the Marine Biological Laboratory at Woods Hole.

CURWOOD: For the past 26 years, a team of scientists has been measuring carbon levels in the soils of the Harvard Forest, a field laboratory nestled in the hills of Massachusetts. Back in 1991 the team laid down underground electrical cables to heat test plots of soil. They’ve been monitoring the soil ever since, and have measured two periods of speedy carbon loss, separated by a period of stagnation. The research puts numbers on concerns that as temperatures rise and heat the soil the released carbon will trigger even more warming.

MELILLO: Thank you very much, Steve.

CURWOOD: So, describe this experiment for us in the Harvard Forest, and what were you trying to measure?

MELILLO: Well, the experiment is a long term, soil warming experiment. The big question is, as the world warms, will the microbes in the soils decay soil organic matter matter more rapidly and thereby putting carbon dioxide into the atmosphere which would accelerate warming, which would then feed back to the soil system such that, in the end, warming would feed itself?

CURWOOD: So, how do you do this? What was your technique to make an experiment?

MELILLO: So, we have placed resistance cable in the soils at the Harvard Forest. The cables are 10 centimeters in the soil and they're 20 centimeters apart, and we set up 18 plots in this study that we've reported on in "Science". Six of the plots received the heating cable, and electricity was turned on in those plots so that they were heated. Six more of the plots had the cables installed, but the electricity was never turned on, and then finally, of the 18 plots, six were true controls that were basically laid out, but nothing was ever done to them.

And then over the course of time we made a whole series of measurements of CO2 fluxes from the soil to the atmosphere, measurements of various aspects of microbial community structure and function, and carried on this experiment for 26 years. This is its 27th year, and it's still going strong. 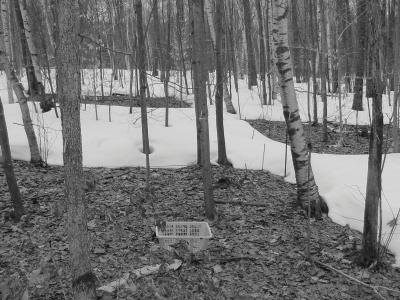 CURWOOD: Why did you choose to heat your test sites to, what, five degrees Celsius, that's a little less than 10 degrees Fahrenheit? Why that temperature?

MELILLO: Well, I was involved in the early days of the Intergovernmental Panel on Climate Change, and at the time the climate models that were being used in IPCC had identified a five degrees Celsius temperature increase as the high end of what kind of temperature increase we might expect at the end of the 21st century in a “business as usual” scenario, that is, continuing to emit large amounts of heat trapping gases to the atmosphere including CO2, methane, and nitrous oxide. So, it was defined as kind of the high-end scenario, and I was trying to give the system a push to see whether or not there was any microbial response to soil warming that would be significant in the climate system.

CURWOOD: So, what did you find after 26 years of running this experiment?

CURWOOD: Remind us of just how much carbon is in the soils around the world.

CURWOOD: So, sounds like what you're telling me is that there’s so much carbon in the soil that could be released by warming that we're going to have a hard time dealing with climate disruption if temperatures rise a whole lot more from where we are. 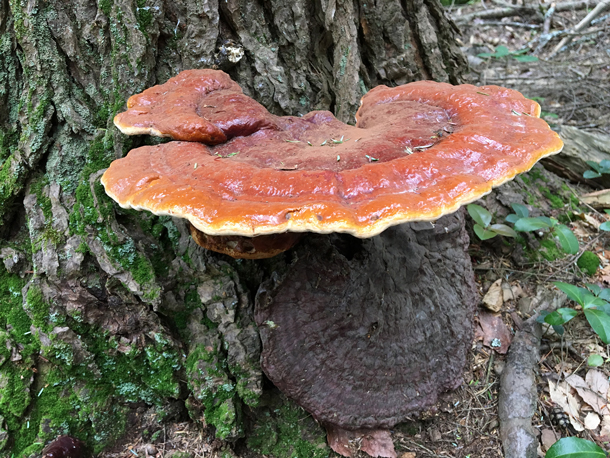 Microbes in the soil of the heated test plots, such as fungi, were able to break down more complex carbons and release them into the atmosphere. (Photo: Flickr, Plant Image Library, CC BY-SA 2.0)

MELILLO: Yes, I think that's exactly correct, and one of the problems, of course, is that, with this soil feedback that we're talking about, the problem is a ubiquitous problem because there are microbes that have the capability of decomposing soil organic matter across the globe, and there are no obvious switches for turning that behavior off, so it's not like you're going to shut down a few hundred coal-fired power plants by flipping the switches in their control rooms. Here you're dealing with microorganisms that respond to their environment, and it's going to be very difficult to control that response.

CURWOOD: So, in your study you find that the carbon loss across this period wasn't constant. It varied. Why?

MELILLO: We think there are a couple of reasons for that. One is that we think we saw the shift in the structure of the microbial community over time, and with that shift in structure we saw a shift in microbial function that includes the breakdown of soil organic matter and the production of CO2.

Secondly, we think that, at various times during the course of the study, warming led to increased microbial activity that resulted in the loss of different kinds of soil organic matter. In the early part of the study is the loss of relatively simple soil organic matters like sugars, starches, and some carbohydrates; whereas, in the latter part of the study, we saw the loss of more complex compounds, such as lignin and these compounds were being broken down by microbes, once they had exhausted the simpler carbon pools.

CURWOOD: So, your research suggests that as the soil starts to warm, there’ll be an initial burst of CO2. What was the time frame that you saw the initial uptick of a substantial amount?

Finally, in the last couple of years, we have evidence that we've gone into a "quiescent period" again, but we're not sure how long that is going to last, nor are we sure about what will happen next.

CURWOOD: How applicable do you think your research is to other forests of the world? You picked a place in North America, a deciduous forest outside of Boston. Elsewhere in the planet there are very different trees and very different ecosystems.

MELILLO: Very different trees, very different ecosystems. Rather similar structures to the organic matter in the soils of the world, so clearly that's an important question. We'd like to have many more long term studies like ours. There are some reasons to believe that in tropical soils there might be some differences in terms of the quantitative response, but right now I think it's important for us to first of all try to promote additional long-term research like we've done and also to use the information that we've gained to help develop models of soil organic matter decay, to project how forests that are different from the ones that we work in might respond. 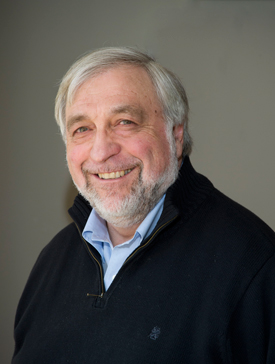 Jerry Melillo is a Distinguished Scientist at the Marine Biological Laboratory in Woods Hole, Massachusetts. (Photo: Courtesy of Jerry Melillo)

Moving outside of forests, Steve, I think it's important to recognize that this soil feedback phenomenon could be particularly important in high-latitude soils, including the soils of the Arctic, some of which are currently in a frozen state such that the soil organic matter is not decomposing because it is locked in ice. We know that high-latitude ecosystems are warming more rapidly than other places on the planet, and this frozen soil, this permafrost soil, is thawing, and we also know that once that permafrost soil thaws, the organic matter in that thawed soil is full of relatively easy to decompose compounds, and we expect very rapid decomposition and a flux of carbon dioxide into the atmosphere if the soils, once they thaw, are well drained. If the soils once they thaw remain wet, then there's also the possibility that methane, another heat trapping gas, would become a dominant product, and that news is not good because methane is a more powerful greenhouse gas than is CO2.

CURWOOD: Jerry Melillo is a Distinguished Scientist at the Marine Biological Laboratory in Woods Hole, Massachusetts. Thanks so much for taking the time with us today.

MELILLO: Steve, it was a pleasure. Thank you.