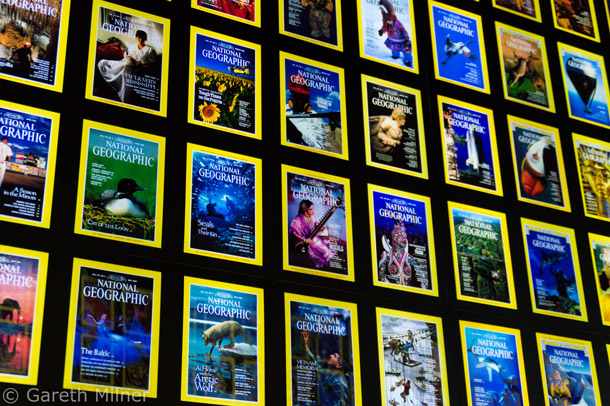 For over a century, National Geographic Magazine has given readers a window into distant corners of the world and revealed unexpected treasures just around the corner. The nonprofit arm of Nat Geo -- the National Geographic Society -- is developing new ways to support people, wildlife and the planet and educate those who study it and can protect it. Host Steve Curwood discussed the Society’s new aims and direction with its President, Gary Knell.

CURWOOD: The brilliant yellow border on the cover of the National Geographic magazine is iconic, and years ago the National Geographic Society offered a rare window for Westerners into exotic, distant lands and peoples. The advent of television, and cheaper travel eroded that vital role, but the magazine is still going strong, creating new directions and partnerships, and a new way of doing business.

While the media arm of Nat Geo is now owned by Twenty-First Century Fox, the non-profit Society is using its royalties from TV and publishing to forge a new mission aimed at empowering people who can tell the story of the human journey, wildlife and wild places, and our changing planet.

And it’s being led by Gary Knell, who spent two decades in leadership at Sesame Workshop and also served as CEO of NPR. Gary, welcome to Living on Earth.

KNELL: Steve, great to be here. Thank you.

CURWOOD: So, let's talk about Nat Geo. Now this is an organization that you've actually been involved with for a long time over your life.

KNELL: Yes, I was first involved in the education side, and they had set up an education foundation that I was a governor, the first and only time I've been called “governor”. I really believed in the mission of educating kids to be geographically literate, which is, I think, still really important especially in the day and age we live today.

CURWOOD: I know, if you say to a kid, “Quick what's the capital of Wyoming?” sometimes you get a blank stare.

KNELL: Yeah, I think it's that. It's also more. It's really about teaching kids how the world works that Flint, Michigan, was indeed a geography lesson, and water doesn't comes from turning a knob in your kitchen, it comes from some water source that someone in Detroit and Flint made some bad decisions about.

CURWOOD: So, let's go back maybe 130 years or so. So National Geographic, which is such a powerful brand, everybody knows Nat Geo, and you go into, you know, a zillion attics or basements around the country, and you'll find stacks of the magazine because they're just too delicious to throw away.

KNELL: There is something about National Geographic. Someone described it as Google before there was Google. It really, though, Steve, was a chronicling of planet Earth and all of its inhabitants, both human and non-human.

CURWOOD: So, if you look at the National Geographic founders, it's a bunch of men with a big handlebar mustaches and a star. I think Alexander Graham Bell was important in the organization.

KNELL: They would have been making lattes at some hipster coffee shop today, I think.

CURWOOD: [LAUGHS] And then, things have changed. Probably, say, 15 years ago, there was an editor of the magazine who started talking about climate change in a rather emphatic way, and now you continue to move forward with change. So, tell me, what is the new National Geographic, and what is the deal with Twenty-First Century Fox?

KNELL: Yes, so the Geographic has been a sustainable enterprise as a nonprofit for, as you mentioned, almost 130 years, and one of the reasons why it is still around and why a lot of others are not around is that my predecessors were very good and entrepreneurial about changing with the times and adopting the media that was then of interest that people would want to adjust to. So, even the original editors of the magazine, going back to the first Grosvenor, Gilbert Grosvenor, put photos in the magazine which was revolutionary of the time. Two members of the board quit because they thought it would dumb down National Geographic, which tells you not always to listen to your board of directors -- I'll get in trouble for that, but -- so, what it evolved over the years is a integrated set of media or somewhat of a disaggregated set of media properties that were as the television networks which were a joint venture with Twenty-First Century Fox going back almost 20 years, then the print magazine and the digital assets. And what we did a couple years ago was put them together in the joint venture so that they could be integrated. They could cross promote each other and scale up around the world, so now we're reaching over 700 million people around the world.


A scene from the Okavango Wilderness Project -- one of the many social projects initiated by the National Geographic Society. (Photo: James Kydd)

CURWOOD: And what about your financial model?

KNELL: We've set up a unique model where the media joint venture spins off revenues for the Geographic. We get 27 percent of the profits every year of the media joint venture that we have, and also we have now a $1.2 billion dollar endowment, so we are able to do a drawdown like a university of some minor percentage of that every year. So, we have a working capital basis. It is a very unique business model for nonprofits. I've been able to leverage what many of my predecessors built in the past.

CURWOOD: So, now Nat Geo is split into a media company which has a commercial purpose, and, and you are the CEO of the nonprofit side of the National Geographic Society. So, where you and your colleagues taking the organization on this nonprofit side?

KNELL: That is really exciting, Steve. We are focusing on human and physical geography, and we divide that into three “lenses”: The changing planet which covers things like climate change and ocean health; wildlife and the wild places they occupy; and what we call the human journey. And in those lenses we're now funding innovators in early careers, in mid-careers, people who are students and others in the field, who are scientists and conservationists. They're photographers and their teachers. They're geographers and technologists, people who are using their skills to focus and help move the needle on these really critical issues that I think the listeners on the show care about.

And then we're also doing education work. So, we're going to be focused very specifically on middle schoolers. We think that’s when kids are really getting a world view, sixth, seventh, eighth graders. We're going to do a lot of work in the inner cities, and in fact, are test piloting this program this year with the DC public schools, where we are based, but we'll be playing those out around the country in the next couple of years to really focus on teaching geographical competency to middle schoolers. We’re really excited about that.

CURWOOD: Climate change. So, you know some of us would say that if we don't get this climate change thing right, nothing else really will matter. What activities is the National Geographic Society doing about the question of climate change?

KNELL: Fifteen years ago we had a cover story called Global Warning, which is really a play on words, of course, and we've been trying to ring this bell pretty loud in our public offerings. Climate change is something, Steve, that covers all of the work that we're in, and it's a bit of an umbrella. Whether it's the brilliant work of someone like Brian Skerry in Boston who's an underwater photographer, he will tell you about the impacts of climate change on wildlife in the ocean and coral reefs, and we are working on marine sanctuaries in our Pristine Seas program where we have work to preserve over five million square kilometers of the ocean. But a lot of these are being impacted by a warming climate, so through our explorers, through our storytellers, we are trying to make this much more of a engagement with the public that tries to get away a little bit from the divisive rhetoric that we live in in Washington.

You know, our office is four blocks from the White House. No matter who's sitting in that house somehow these issues have become quite divisive and toxic. It should be something that all Americans ought to be engaged around, and what we should be questioning what we should do about it, not whether we should do anything about it.

CURWOOD: So, National Geographic has such a huge impact. How can you affect this division that seems to have us having trouble making progress in the area of dealing with climate disruption? 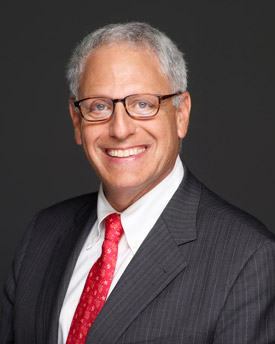 Gary Knell is the President and CEO of the National Geographic Society. (Photo: Mark Thiessen)

KNELL: We have been convening different audiences in Washington, actually across the political divide. We have ways of engaging with skeptics that other environmental organizations are unable to do, and the other thing I would say, Steve, is, you know, as a nonprofit because we are not really totally dependent on fundraising we don't have to demonize individuals or groups that some folks in different movements have to do to raise money, which is great because you're able to raise money, but the flip side is you're never going to get a meeting with the individuals you've attacked. So, what we're trying to do is leverage our nonpartisan approach, as challenging as that may be in a highly partisan political environment, in a media environment, to educate members and their staffs about critical issues and I think we're making some progress there.

CURWOOD: How critical is this mission for you?

KNELL: Very. Look, I've been involved in educational media for over 40 years and I view now a world that is going to have nine-and-half billion people by the year 2050, a billion more in Africa alone. Nigeria will have more people than the United States in 2050. We're going through monumental population shifts. How are we possibly going to educate all these folks around the world, provide energy for them in a growing middle class, so to speak, house them and feed them without burning up everything around the planet? This is an existential question, and I don't care if you're a Democrat or a hard-rock conservative. When I pose that question to folks they look at me and they go, “That's the right question”.

CURWOOD: Gary Knell is President of the National Geographic Society. Thanks so much for taking the time with me today.

KNELL: Great to be here, Steve. Thank you.