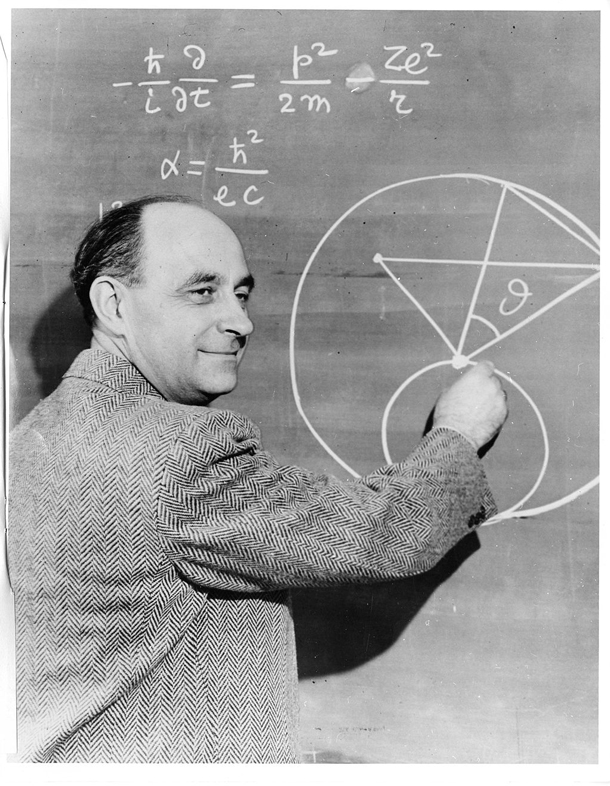 Enrico Fermi, the “architect of the nuclear age,” at the blackboard. This week marks 75 years since the start of the Atomic Age. (Photo: Smithsonian Institution, Wikimedia Commons public domain)

Peter Dykstra returns to discuss with host Steve Curwood news of the severe air pollution that blankets India’s capital Delhi, and the exit of a major coal mining company from the coal business. In this week’s edition of Beyond the Headlines, they also turn the pages of the history calendar back 75 years to find Enrico Fermi working beneath an old football grandstand to produce the first self-sustained atomic chain reaction.

CURWOOD: We’ll check in with Peter Dykstra now, for a visit beyond the headlines. Peter’s with DailyClimate.org and Environmental Health News, that’s EHN.org, and he’s on the line from Atlanta, Georgia. Hey there, Peter, how are you doing?

DYKSTRA: I'm doing OK, Steve, thanks. When it comes to dirty air and out-of-control pollution, China usually gets all of the dubious glory. But y'know what? India is also an air pollution leader. Recent air quality in the city of Delhi was so bad that United Airlines suspended its flights into Delhi last week.

CURWOOD: Whoa, I don't think I recall hearing that happening there before. Some kind of visibility issue for pilots?

DYKSTRA: It’s a safety issue, yeah, but not for taking off and landing, just for breathing. A United spokesperson cited the public health emergency in Delhi as the reason for the suspension. And here's another measurement of Delhi's foul air.

CURWOOD: Go ahead and take my breath away.

DYKSTRA: Yeah, that’s what was happening in Delhi. During the current emergency, the level of fine particle air pollution in the city of 19 million was so high that it's estimated to be equal to smoking 44 cigarettes a day.

CURWOOD: Wow, that’s more than two packs! So why is Delhi’s smog so bad? 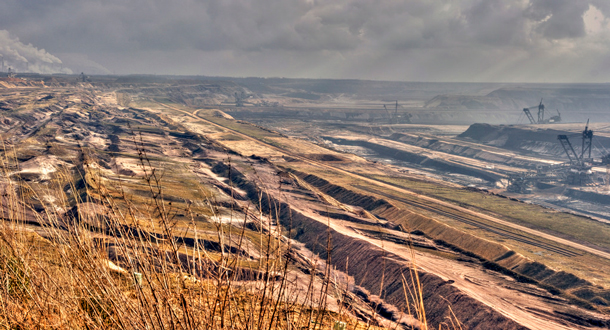 The massive Garzweiler II coal mine in Germany. Climate negotiators say Germany is on a path to stop mining coal by 2030. (Photo: Bert Kaufmann, Flickr CC BY 2.0)

CURWOOD: I see, which I guess is obviously more than they can right now in Delhi. Hey, what else do you have?

DYKSTRA: Well I have some mixed news from the coal world. A team of international scientists crunched the numbers for fossil fuel consumption, and they say after three years of virtually no growth in oil, gas, and coal burning, 2017 is poised to show an increase, thanks mostly to more coal use in China.

CURWOOD: Uh, and so let's hear the good side of the mixed news.

DYKSTRA: Well, the good news comes in two parts. First, climate negotiators say Germany is on a path to exit the coal-mining business by 2030.

CURWOOD: And the other?

DYKSTRA: Second is the world's second largest mining company, Rio Tinto. They're completing their exit from the coal mining business and Rio Tinto’s been selling off its coal mines for the past few years. They say they'll be out of the coal sector as soon as they can unload their remaining mines in Australia.

CURWOOD: Seems like coal is more and more out in the cold these days, huh? Hey let's take our regular spin through the history vault. What do you have for us?

DYKSTRA: Well, this past week was the 75th anniversary of what was arguably the start of the Atomic Age. The University of Chicago was a major college football power until abruptly dropping its program in 1939. And what better use for an unused football stadium than to split the atom for the first time? In 1942, Nobel laureate physicist Enrico Fermi built a makeshift lab beneath the football grandstand, and a few weeks later the first self-sustained atomic chain reaction took place. 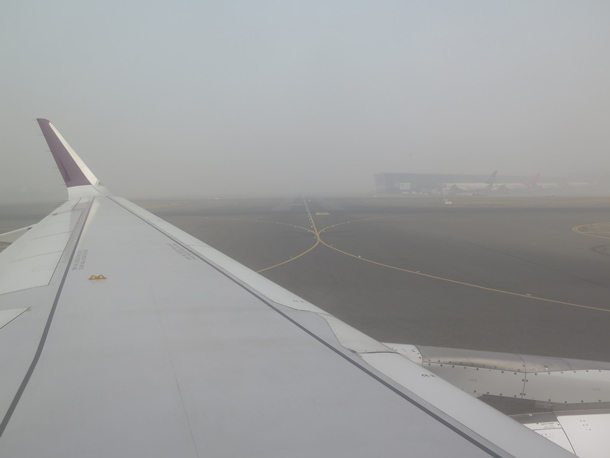 CURWOOD: So one of the defining factors of the 20th century began under a football stadium grandstand, huh?

DYKSTRA: Yup, and here we are, well into the 21st century, the University of Chicago has restored a small-scale football program, and the world has restored its interest, and its anxiety about the bomb.

CURWOOD: Well, let’s just hope they don’t drop one of those. Thanks, Peter.

DYKSTRA: All right, Steve, any time. Talk to you soon.

CURWOOD: That’s Peter Dykstra of DailyClimate.org and Environmental Health News, that’s EHN.org. And there’s more on these stories at our website, LOE.org.