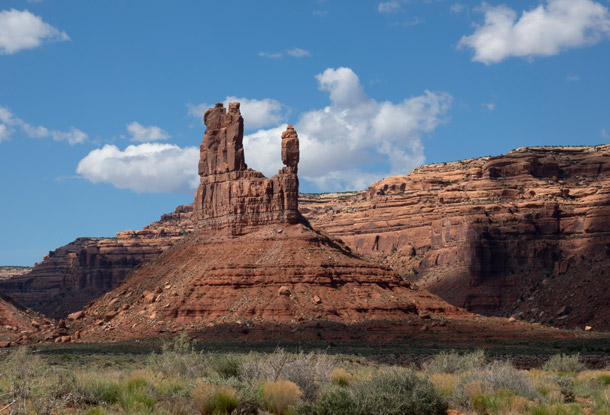 Despite the skepticism of legal scholars, the Trump Administration claims it can reverse national monument land protections by drastically shrinking the Bears Ears and Grand-Staircase Escalante monuments in Utah. Conservation and Native American groups have sued, saying only Congress can change National Monuments and not the President. Living on Earth Host Steve Curwood spoke with Wilderness Society President Jamie Williams about this decision, and the broader implications of opening federal public lands for commerce.

Back in 1906 President Teddy Roosevelt used the newly created Antiquities Act to protect from settlers the Devils Tower in Wyoming, made famous in the movie Close Encounters of the Third Kind, by declaring it a National Monument, with rules similar to National Parks. There are now more than a hundred US monuments that safeguard landscapes and key Native American and historic sites, from the Statue of Liberty to the Giant Sequoias to the Misty Fjords in Alaska and even parts of the Grand Canyon.

President Trump recently ordered radical shrinkage of two National Monuments in Utah, Bears Ears and Grand Staircase Escalante, but many legal scholars argue that only Congress can do that.

Joining me now is Jamie Williams. He’s president of the Wilderness Society, which has gone to court to try to block the President’s move. Welcome to Living on Earth.

CURWOOD: So, Jamie, if I understand the argument, if Mr. Trump is allowed to drastically reduce Bears Ears and Grand Staircase, it would set a precedent that would allow any president to, let's say, lease the Statue of Liberty to a tourism promoter like Disney or turn the Giant Sequoias over to loggers or open up Misty Fjord in Alaska to mining for molybdenum. 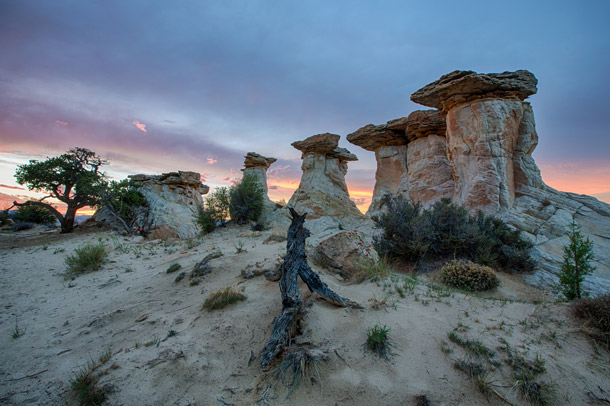 WILLIAMS: That's correct. Make no mistake. What the president has done here, has declared open season on the places Americans love by opening them up for mining, drilling, logging, and developing in other ways that would destroy the natural and cultural heritage. This action is the largest rollback of land protection in the history of the United States, and it ignores the millions of Americans who stepped out and were vocal about the need to protect these places. They held a 60-day public comment period on their review of these National Monuments, and close to three million comments came in during that review period. More than 98 percent of those comments said, “Not only should these places be protected and left as they are, but we should protect more National Monuments in this country”. So, what the Trump administration has done is reflective of a much larger agenda that you see with this administration to sell our public lands to the highest bidder for short-term gain.

CURWOOD: What exactly does he want to do to Bears Ears and Grand Staircase Escalante?

WILLIAMS: Well, what President Trump has done is essentially eliminated both of these National Monuments, as we know them. He's shrunk Bears Ears National Monument by more than 85 percent down to just 200,000 acres, to very small fragments of what this incredibly cultural landscape is about. And in the case of the Grand Staircase Escalante, which is essentially a two million acre Monument, he has repositioned three small Monuments that only add up to about half of what the former Monument was but in a fragmented way that will also leave its extraordinary landscapes vulnerable to development.

CURWOOD: So, what's your understanding of what Mr. Trump has in terms of authority under the Antiquities Act, which allows him certainly to create National Monuments. What can he do to shrink or radically alter them? 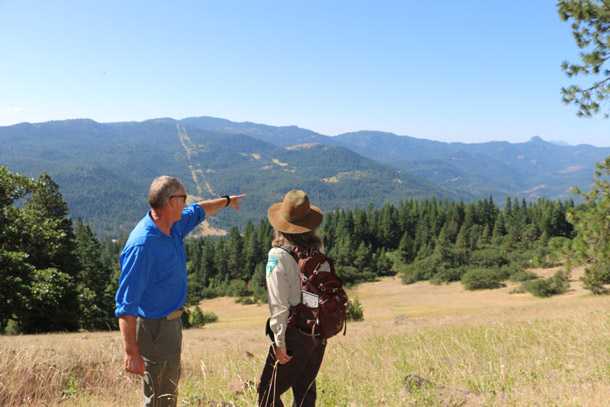 WILLIAMS: The Antiquities Act gives a president the authority to create National Monuments but not to revoke them or to shrink them, and so our legal case that we're bringing, as well as the legal case the tribes and other people are bringing to the administration, is that he has overstepped his authority that was given him by the Antiquities Act.

CURWOOD: So, there have been some adjustments of National Monuments over the history of the Antiquities Act. I think back in the '20s Woodrow Wilson made a big change and there been other adjustments, so what's wrong with Mr. Trump doing that now?

WILLIAMS: There have been some adjustments early on, but no adjustments have been made for over 50 years, and none of those early ones were ever challenged, and more important, the power and authority of public lands is vested in Congress, and the Executive Branch only has what's delegated to it through acts of Congress, and so only Congress has the authority to revoke or to modify National Monuments.

CURWOOD: Now, I understand there are special issues around Bears Ears for Native Americans. They played a big role in securing that Monument designation at the end of the Obama administration. In your view, how does this decision infringe on their rights?

WILLIAMS: Well, this decision is a huge step back for Native American rights and their sovereignty and their desire to protect lands that are sacred to them. What was so inspiring about the creation of Bears Ears National Monument a year ago is that it came at the request of five tribes - the Navajo, the Hopi, Zuni, Ute, and Ute Mountain Utes -- that had asked for the protection of their ancestral lands and a nation to nation dialogue, and not only did they get the designation but they also got an agreement to have a seat at the table and collaborative management of these lands. So, that designation was really a beacon of hope for all Native peoples across the country, and that's why this callous action to take that away is being opposed not only vigorously by those tribes but also the National Congress of the American Indians, which is the largest representative organization of Native American governments across the country.

CURWOOD: So, what are the biggest threats facing these Monuments now? 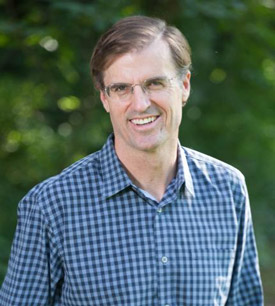 WILLIAMS: Well, what these actions would do in Utah, for these two landscapes in particular, is open them up for coal mining, oil and gas drilling, road development, as well as make them vulnerable to increased looting and desecration of these sacred sites.

And one thing we have not talked about yet is Bears Ears has the richest density of sacred sites and cultural archaeological sites in the country. There's over 100,000 of these sites. We're talking about beautiful rock art that's over 1,000 years old, these masonry cliff dwellings along these sandstone cliffs that are just beautiful. I mean, sacred graves, that all speak to a time of Pueblan cultures over 1,000 years ago, and they're really beloved throughout the country and the world, as evidenced by the millions of visitors who come to them every year.

CURWOOD: Overall, what does Mr. Trump's move signal for the status of important public lands, iconic public lands in the United States?

WILLIAMS: Well, what this move signals is that there's not an important wild or cultural place in this country that's not at risk from this administration, and this country has really defined itself on its ability to economically thrive while preserving places that are so important to who we are as a country, and to walk away from that in such a dramatic manner as this administration is doing is really disturbing, and I think it's just the beginning of the kind of attack we're going to see on wild lands across the whole country.

CURWOOD: Jamie Williams is president of the Wilderness Society. Thank you so much for taking time with us today.

High Country News: “How to make sense of Trump’s changes to Bears Ears”