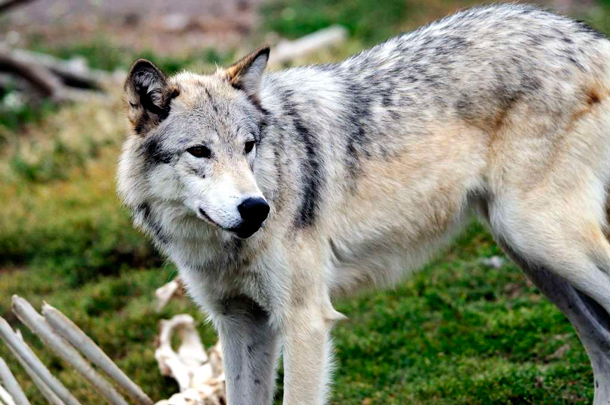 Many ranchers in the west blame wolves for lost livestock, but a new study of predator control techniques may have found an alternative to killing these predators. Living on Earth’s Savannah Christiansen explains the strategy in this week’s Note on Emerging Science.

CURWOOD: It’s Living on Earth, I’m Steve Curwood. In a moment, tuning in to the special sounds of winter, but first this note on emerging science from Savannah Christiansen.

CHRISTIANSEN: When wolves were reintroduced into the West in 1995, their presence led to more vibrant ecosystems, but also sparked controversy over predator control methods. Ranchers were wary about wolves preying on their livestock, while conservationists wanted to restore their once vital role in the landscape. That tension between ranchers and conservationists is still alive in central Idaho, where in 2007 a wolf pack starting preying on livestock in the state’s largest grazing area. The pack was killed but new wolves simply moved in and took more sheep.

To find a solution to the conflict, Suzanne Stone at the advocacy group Defenders of Wildlife developed alternative predator control techniques with ranchers in the area, and partnered with Stewart Breck of the USDA’s Wildlife Services Program, which typically kills predators. Their 7-year study compared lethal and nonlethal predator control methods in the overlapping livestock and wolf ranges in Idaho’s Sawtooth National Forest. The team recorded data from two areas: a protected one where ranchers used nonlethal techniques such as noisemakers, guard dogs and tying strips of colored cloth to a rope around grazing areas, to deter wolves. The other area was adjacent but unprotected, where wolves could be killed. 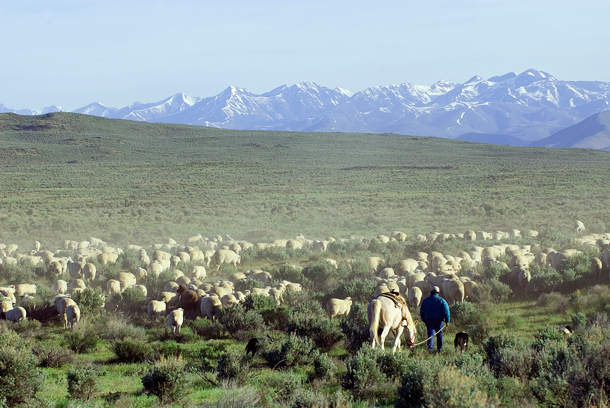 When ranchers in Idaho’s Blaine County shot dead a wolf pack in 2007 in hopes of stopping the predation of their sheep, another pack moved in shortly thereafter. (Photo: Bureau of Land Management, Flickr CC BY 2.0)

The researchers found that in the unprotected area, three and a half times more sheep were lost to wolves than in the protected area where the predators were left alive. And nonlethal methods proved a lot cheaper for livestock managers, just about a dollar a head per sheep, much less costly than the rifles and traps needed to kill entire wolf packs. On top of that, nonlethal techniques also helped ward off other predators, such as mountain lions, coyotes and grizzly bears.

The researchers emphasize that their study, published in the Journal of Mammalogy, is the first of its kind on such a large scale. They hope the results will provide ranchers with tools to develop their own tailored, nonlethal strategies to preserve both livestock and wildlife. That’s this week’s note on emerging science, I’m Savannah Christiansen.


Journal of Mammalogy: “Adaptive use of nonlethal strategies for minimizing wolf-sheep conflict in Idaho”