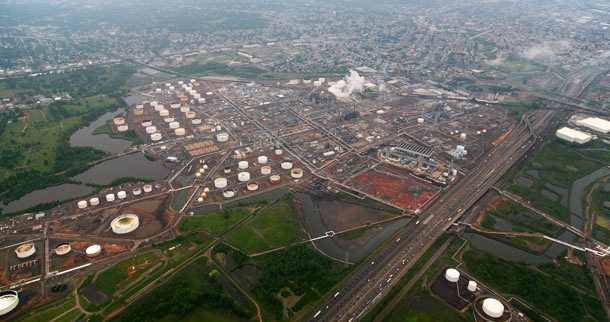 Virginia is the first coal producing state to take steps to join the Regional Greenhouse Gas Initiative – known as RGGI – and New Jersey’s new Democratic Governor has vowed to bring his state back into the compact. RGGI is a Cap-and-Trade carbon-pricing program already shared by nine Northeast and Mid-Atlantic states. Since 2009 it has reduced greenhouse gas emissions some 40% and produced nearly $3bn for clean energy improvements. Host Steve Curwood discussed these developments to the RGGI program with Jackson Morris, Eastern Energy Project director for the Natural Resources Defense Council.

CURWOOD: From PRI, and the Jennifer and Ted Stanley Studios at the University of Massachusetts, Boston, this is Living on Earth. I’m Steve Curwood. While the Trump Administration moves to block the Clean Power Plan that would reduce carbon emissions from electric generators, two more states are joining the Regional Greenhouse Gas Initiative (RGGI) that cuts emissions in nine Northeast and Mid-Atlantic states. This Cap and trade program that puts a price on carbon has exceeded its reduction goals since it began in 2009.To tell us more, we turn now to Jackson Morris, the Director of the Eastern Energy Project for the Natural Resources Defense Council – he’s on the line now in New York. Welcome to Living on Earth Jackson!

MORRIS: Well, what we are seeing right now is that states that are interested in climate action and tackling carbon pollution from power plants are recognizing that the Regional Greenhouse Gas Initiative is a winning model to address those emissions while driving job creation in the clean energy economy. And in the case of New Jersey we're now going to be capturing and capping and reducing more carbon pollution when you add in the power plants in New Jersey, and for folks in New Jersey it's going to mean cleaner air and greater investment in clean energy jobs when it comes to solar, wind, and energy efficiency.

CURWOOD: What's the situation with Virginia?

MORRIS: Right. So, Virginia is an extremely exciting example of what some folks would see as a southern state, a more coal-heavy state, showing leadership on climate action, and Governor McAuliffe, who termed out of office just recently, initiated a process where he decided regardless of what's happening in the legislature in Virginia that he needed to step up and show climate leadership using his executive authority – a carbon cap for power plants in Virginia. He explicitly said that he wanted the state of Virginia to adopt that cap and to explore linking with other market-based programs in the power sector so essentially that was code for looking at linking with RGGI. 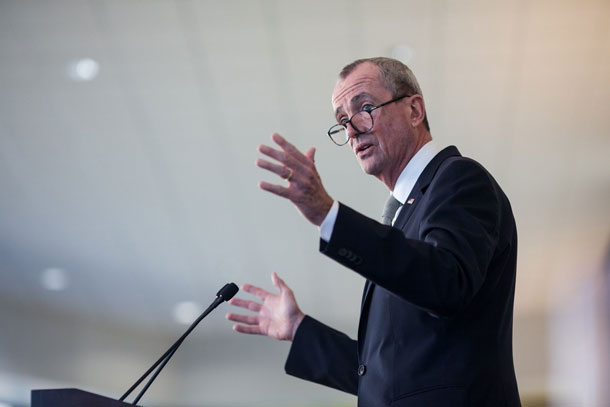 He's been succeeded by his lieutenant governor who is the current governor, Governor Northam, who is now following through on that process, and we hope to have the regulation in Virginia, we see that wrapped up over the course of this coming year, and that's again incredibly exciting. The larger the market for carbon is, the lower the cost of meeting the carbon cuts are, and so that's exciting from just a low cost of compliance standpoint and I think we're going to see additional states continue to look at the RGGI model as something they may want to explore linking to as well, to cut carbon and grow their clean energy economies as well. So, I don't think this is a one-off. Once we see New Jersey back in that will be the tenth RGGI state. Virginia would take it to 11 when they link with the market, and I think it's eleven and counting at this point going forward.

CURWOOD: So, explain to people what the Regional Greenhouse Gas Initiative is, how it came to be and the states that are now currently involved.

MORRIS: So, going all the way back to 2003, 2004, Governor Pataki, a Republican governor in New York, began looking at not only policies that New York State could adopt, but how could we start to tackle climate change from a regional perspective, and over the course of a few years of engaging with states in New England, in the Mid-Atlantic, those states agreed that the best way to tackle carbon pollution from power plants in the region would be to pursue a market-based system that caps the emissions from power plants in those states. That was a very much a bipartisan project. We had Republican governors, we had Democratic governors. That bipartisanship continues today. Right now the current nine states, you’ve got five Republican governors, you've got four Democratic governors supporting not only the program in its current form but having supported a big agreement to strengthen the program and extend it out to 2030.

CURWOOD: So, talk to me about the amount of reductions in greenhouse gas emissions that this program's been able to accomplish.

MORRIS: Sure. The program actually kicked in in 2009, and so in 2009 there was a cap on emissions from the region that declined two-and-a-half percent each year going out to 2020. There's been various updates to the program over the years, but the big, kind of big picture number you want to look at is that if you look at the emissions from 2009, and you look at what emissions will be from the power sector in 2030 as a result of that new agreement, you're going to have slashed carbon pollution from power plants in the region by 65 percent.

CURWOOD: And what's the number from 2009 to today?

MORRIS: That would be roughly 40 percent, and as far as what the program’s delivered to date in addition to that 40 percent reduction in carbon pollution, we've added at least $2.9 billion dollars to the economy of the red states. We've also added 30,000 job years to the regions economy and it's raised $2.7 billion dollars in revenue that the states have then reinvested in clean energy. 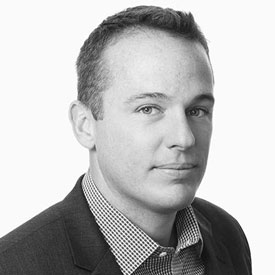 Jackson Morris is the Director of the Eastern Energy Project with the Natural Resources Defense Council. (Photo: courtesy of the NRDC)

CURWOOD: So, you know, percentages those numbers are kind of abstract. Can you give me kind of a concrete example of that people might be able to relate to regarding these reductions?

MORRIS: Sure. So, as a result of the updated program announcement from last August, the RGGI states are going to cut an additional 132 million short tons of carbon by 2030, and that's equivalent to avoiding one year's worth of emissions from over 25 million cars, so we're talking about a serious volume of carbon pollution being eliminated from the atmosphere as a result of that new agreement.

CURWOOD: So, beyond the reductions, Jackson, what are the program's other benefits? Talk to me about public health.

MORRIS: This is a really important point because while RGGI is a program to cut carbon pollution, as you can imagine, as the power plant sector is forced to cut that carbon, it essentially means it has to be made more efficient and cleaner. And so in addition to those carbon cuts that are so important from a climate perspective, you've got a lot of other pollution that is being reduced as well as the power sector is forced to clean up.

CURWOOD: What do you think that's worth, by the way, in terms of avoided health expenses? Any idea?

MORRIS: It's been estimated using some analysis that some public health experts have done that it adds up to roughly $5.7 billion dollars in public health benefits to date.

CURWOOD: So, that's more than the cost of this program of reducing greenhouse gas emission.

MORRIS: Exactly. And again those are kind of they’re very real and very definite benefits, but it's pretty striking to see that the program is already a net benefit to the region before you even calculate in those public health benefits.

CURWOOD: Jackson Morris is the director of the Eastern Energy Project with the NRDC. Thanks so much for taking the time with us today, Jackson.

Virginia’s plan to link up with RGGI