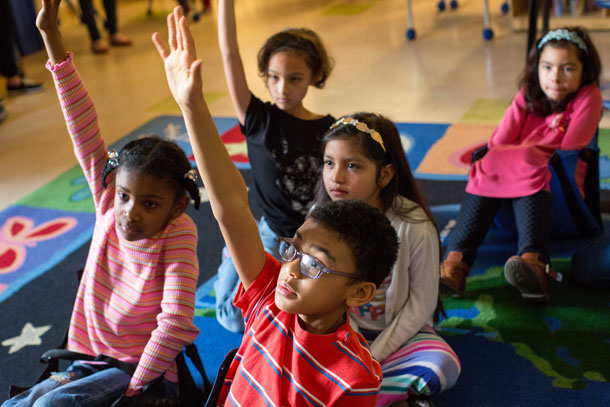 Air pollution near schools can affect children’s health, intelligence and behavior. University of Utah professor Sara Grineski tells host Steve Curwood that her study published in Environmental Research finds more pollution in areas where poor and minority kids live and study. Among the worst affected school districts is in Camden, New Jersey where Keith Benson is president of the Camden Teachers Association. He tells Living on Earth’s Bobby Bascomb about the area and the health and cognitive problems he’s seen in his students.

CURWOOD: School is supposed to be a safe environment, but a recent study in the journal Environmental Research has found that at many public schools children are being exposed to harmful levels of air pollutants. In fact out of nearly 90,000 public schools studied only 728 had the safest possible score. This study found the five worst polluted areas included New York, Chicago and Pittsburgh as well as Camden and Jersey City, based on air quality measurements of more than a dozen neurotoxins, including lead, mercury, and cyanide compounds. Study lead author Sara Grineski is a professor in the Department of Sociology at the University of Utah and joins us --Sara, welcome to Living on Earth.

GRINESKI: Thank you, I'm happy to be here.

CURWOOD: So, tell me which chemical pollutants did you look at in your study and what are the sources of that pollution?

GRINESKI: Sure. These would be chemicals like lead, mercury, toluene, manganese, polychlorinated biphenols, things like that, and the sources of these kinds of chemicals are industrial activities, combustion engines, refining, waste incineration and mining.

CURWOOD: So, what are the potential health implications for people? I'm thinking especially of children who are exposed to these chemicals.

GRINESKI: For a long time, researchers were focused on ingestion of these sorts of chemicals in our food or paint chips from the walls in old homes, but there's evidence that when you inhale these types of toxins, the toxins gain entry to the body, and then the body mounts an immune response which causes swelling, and this neuroinflammation in the brain leads to the damage of neural tissues. It's been linked to autism, ADHD, and later in life, Parkinson's disease, Alzheimer's disease. All kinds of neurological conditions are starting to be traced back to having, you know, an environmental component to their origins.

CURWOOD: Wow. So, these are issues that can affect kids for the rest of their lives then?

GRINESKI: Yes, exactly. That's why it's so scary. This neurological impact is so subtle and so insidious that it's hard to even know if your child has been affected or is being affected. You know, you wouldn't know if their math score would have been a little higher if they lived in a different neighborhood. I mean it's impossible really to discern this effect in your own children, and so I think it's difficult in that way.

CURWOOD: So, I understand that there's other research that has looked at the brains of healthy kids living with high exposure and found that they look like the brains of Alzheimer's victims. What can you tell me about that research?

GRINESKI: That was the research that's done by Dr Calderon at the University of Montana. So, she has access in Mexico City and also in other parts of Mexico and so she's done autopsies on children who have died in traffic accidents and in the non-polluted areas, in the rural areas, their brains look as one would expect, and in these polluted areas in Mexico City, the brains show signs of early signs of Alzheimer's disease, like the structure of the brain looks similar to people with early stage Alzheimer's.

CURWOOD: So, you looked at the air quality near some 90,000 schools across the United States. What did you find in terms of the best and worst results regarding exposure?

CURWOOD: We’ll come back to Professor Grineski in a moment. But right now we turn to Living on Earth’s Bobby Bascomb who reached out to a teacher in Camden, New Jersey right across the river from Philadelphia and where 11 of the 140 worst schools for air are located.

BENSON: We have a higher rate of asthma. That’s really attributed to the poor air quality in this area. Also we have situations with students with learning disabilities, behavior disabilities. The outcomes of our state assessments tend to be lower but where before it might just have been attributed to either laziness on behalf of the student, laziness or ineffectiveness on behalf of instructors, the idea is getting more and more introduced that environmental factors like water and lead in the water might have a more pronounced impact on what it is we’ve been seeing for so long.

BENSON: We have decaying shipping ports. We have cement factories. We have a trash to steam plant where all of the county’s trash and refuse comes to this plant. And that plant is within a stone’s throw of neighborhoods and apartments where a lot of young kids are growing up. And also they’re right near schools so kids are breathing this sort of toxic air essentially all their lives.

BASCOMB: As an educator and a parent himself, Keith Benson says it’s the lost potential of children in his city that troubles him.

BENSON: There’s really no telling actually what our students could have been if they simply would have had a healthy environment. You know, healthier air, healthier water, you know. And then when I start to think about it I’m like, damn, we might be losing whole generations of kids that had potential in greatness simply because of things they could not help and people chose not to address like water and air.

BASCOMB: 80% of the residents of Camden are African American or Hispanic and nearly 40% live below the poverty line. And the poisonous environment makes it even harder for people to get ahead.

BENSON: People live in these areas largely because we can’t really afford to live other places. Like, who would want to live in a place where the air quality is bad and there’s lead in water? You know, so when you see that students are really being put further behind the 8 ball. These families don’t come with a lot of money. You know, race does play a role in the opportunities that are being offered. And when you add another element that environmental racism plays on their development, you realize that a lot of chips are stacked against our children even before they reach adulthood.

BASCOMB: And Steve, it’s clear that the research backs up what Keith Benson says about the school children of Camden. Low income and minority children are disproportionately stuck in schools with poor air quality.

CURWOOD: That’s Living on Earth’s Bobby Bascomb, thanks! And now back to University of Utah Professor Sara Grineski, lead author of the study…so, how fair is it say this is a matter of environmental justice?

GRINESKI: This issue is clearly an environmental justice issue. Schools that have a higher percentage of black or African-American children, a higher percentage of Hispanic-Latino children, and a higher percentage of Asian children had significantly higher levels of the neurotoxicants in the area surrounding their schools. It's a pretty strong pattern, it's statistically significant, and it's quite notable that students from these racial ethnic minority backgrounds and also students who are poor are facing higher levels of these air toxics at their schools. So, there's clearly an injustice present that has contemporary and historical roots of the problem and is reflective of broader issues related to racial and class discrimination in the country. 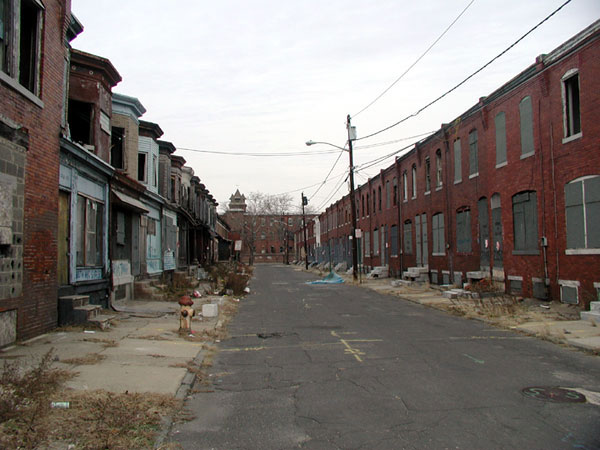 A decaying industrial city, roughly 40% of the population of Camden, NJ lives below the poverty line. (Photo: Wikimedia)

CURWOOD: So, talk to me about the siting of schools and how that affected your findings.

GRINESKI: Schools are often located on cheap land, and it just so happens that, you know, cheap land is often land that's not desirable for other land uses. So, it's areas right near major freeways near other hazardous land uses, but only 10 US states actually have a policy in place to prohibit the siting of schools in areas that are known to be environmentally hazardous. The other 40 states and DC don't have a policy at all. And it is the case that schools serving pre-kindergarten students, like early childhood, publicly-funded early childhood centers, had higher levels of pollution than elementary schools.

CURWOOD: Well, wait a second. The youngest kids are the most susceptible to neurotoxicants. How did you feel when you found this research?

GRINESKI: It's quite surprising, it's depressing. We know that children are more vulnerable to air pollution than adults. They have less developed lungs. They spend more time outside. They consume greater quantities of oxygen per body weight, so their exposure is higher and then the consequences are likely greater because they are developing and they are changing and their cells are growing so fast. It's not a happy finding that we have our youngest students facing high levels of exposure.

CURWOOD: I wish I could say this is the first interview I’ve done on the dangers of pollution and exposure of kids to pollution, but we've done a number of them and it just seems to keep happening. What's to be done?

GRINESKI: Well, I mean, I think it's a really serious problem with ideas for solutions at multiple levels. We've been talking some about the need for a federal response, more policies and regulations, and I think that's really important from a top-down perspective, but I think we could drive that top-down change faster if we also push from the bottom up. So, you know more grassroots organizing, environmental justice activism that we could do at the community level, and then I also think in each of our own individual lives, those of us who have you know the economic freedom to make choices can try to drive less, consume less, eat more food that's grown in local areas, like, whatever you can do on your own to reduce air pollution and certainly everyone doesn't have the same opportunities to make those choices, but people that can certainly should do what they can to reduce their own levels of exposure.

CURWOOD: Sarah Grineski is a Professor of Sociology and Environmental studies at the University of Utah. Thanks so much for taking the time with us today.

GRINESKI: You're welcome. It's been a pleasure.


Geographic and social disparities in exposure to air neurotoxicants at U.S. public schools